I started reading this book in Canada, and I finished reading it in Germany. This doesn’t really  have anything to do with the way I enjoyed it, I just wanted to brag about the fact that I’m travelling to fun places right now. Instead of taking pictures of books with my cats, I’m including photos of my locations instead so I can

b) distance myself from the ‘crazy cat lady’ label I’ve so recently clung to. 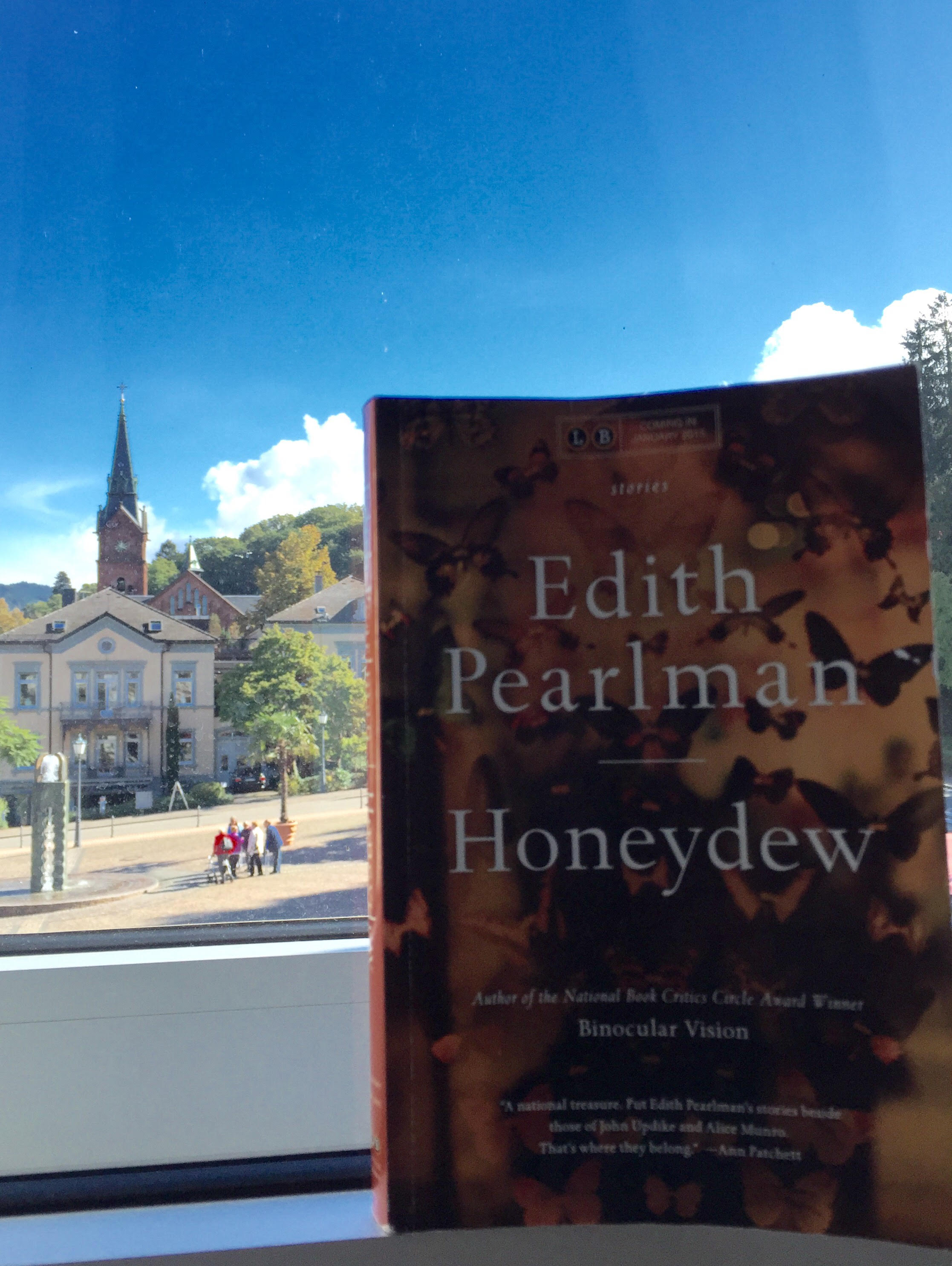 Edith Pearlman is an American author of short stories, and she’s won quite a few nods for her collections in the past, so I’m sure this latest one won’t be any different, because I found it very well done. In my previous reviews of short story collections, I’ve typically praised a book for having a wide variety of stories, but I’ll have to break from my pattern here, as I really liked Pearlman’s stories, even though they seemed to have similar characteristics. For instance, the character of the wise, middle-aged woman seemed to come up quite a bit. She was typically a bit eccentric, had some very specific ideas on love, and wasn’t afraid to voice her opinions on that particular topic. However, the way in which this character was used varied quite widely throughout the collection, but she was someone that seemed to come up again and again. Does this show a lack of creativity on the author’s part? Perhaps, but the ‘write what you know’ adage makes a lot of sense, so Pearlman clearly knows her own strengths and limitations.

Pearlman also included a few linked stories (for those of you who don’t know, this is basically the use of the same character in more than one story, although the character may be a supporting role in one, and the lead in another, etc.) which I always enjoy, because you get to know a bit more about that one character while the separate tales each retains its own interesting plot.

The idea of perspective seems to run throughout the stories too. In one, a boy has a special kind of vision that allows him to see shades of colours that are indistinguishable to the regular human eye. In another, a woman is accused of being an enabler when she confesses that a brutal female circumcision has allowed her to enjoy sex, rather than avoid it. In yet another, a woman is able to pinpoint the happiest day of her life, when her father rescues her from a harmless dog she was unexplainably afraid of. I suppose this focus is something that gives many short stories their strength;  plot twists are not always a requirement for a good story, but the way in which we view the narrative and the characters contained within it is what makes the story memorable. Pearlman uses quirky circumstances alongside well drawn characters to keep us turning the pages, so I’ll be sure to keep my eye out for her next book of stories.