Book Review: Did You Ever Have a Family by Bill Clegg

Before I began writing the review for Did You Ever Have a Family by Bill Clegg, I googled Clegg, just to see what I could find on him, as this can colour my thoughts on a book. I knew for sure that he would have a website, because he’s also a literary agent, so he knows how important it is for authors to market themselves. But what I discovered was very interesting; he has two different sites, one for his recent novel, and one for his memoirs from a few years back. I’m not sure why he would do this, most likely due to the fact that he had two different publishers, and they are both still managing marketing for his different books. But still, why wouldn’t he take control of his image and merge these sites together? Or is he trying to make a strong delineation between his fiction and non-fiction by doing this? You can see how the simple fact of his having two different websites has me second guessing the intentions of this author…at the very least I’m much more curious about him now than when I first started reading his novel! 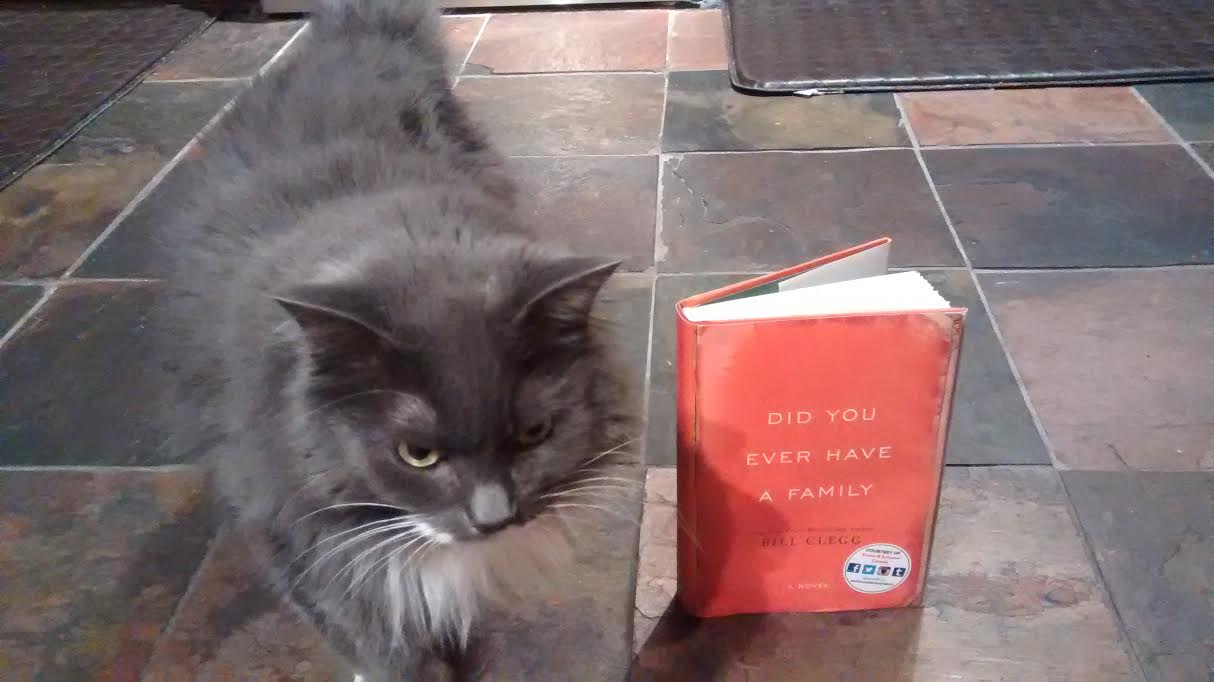 Smokey particularly enjoyed the understated cover of this book

No matter how many websites he has, his writing is without a doubt, fantastic. It’s detailed enough to be intelligent and thought provoking, but not so full of adjectives that you can’t discern what’s going on. The plot of his book moved back and forth effortlessly, and although it jumped around in time, I could easily follow along. It was obvious to me that Clegg has been in publishing for a long time, he didn’t make rookie mistakes that debut novelists typically do (over-stating things, employing too much useless detail, including over-wrought narratives, etc.) and it was clear that he knew the ‘do’s and don’ts’ of creative writing.

So is this book amazing? One I would recommend to anyone and everyone? I would definitely recommend this book to those who want to discover a new writer. Clegg is on the right path and will undoubtedly come up with more stories that will be lauded by critics everywhere. But, something in this book didn’t ring true to me, and I think it was the overwhelming cast of characters.

I’ve mentioned before that I don’t like it when I have difficulty keeping track of character names in books. Considering I typically read one book in the span of one week, it’s usually easy for me to keep everyone’s names straight, seeing as I get through significant chunks each day. However, Clegg’s novel included such a wide range of characters with first person perspectives, some with only a few pages, I had to pause every so often and think “now who is that again?”.

That alone isn’t a reason to dislike a book, and let me be clear, I didn’t dislike this book, in fact I enjoyed it. But Clegg still has some work to do on his road to literary stardom, so I’ll be keeping my eye out for his next novel with high hopes.