I have a bad habit of judging a book by its author. It’s not fair, especially when I haven’t actually read any books by that writer, but I hear other people’s opinions of them, and I recall reviews I’ve read about their other books, so I think I know what I’m going to read before I even open up the cover. I unfairly formed my opinions about Linden MacIntyre’s book Punishment before I even took it off my shelf, assuming it would be something about crooked priests, so I left it for far too long (it being published in 2014). 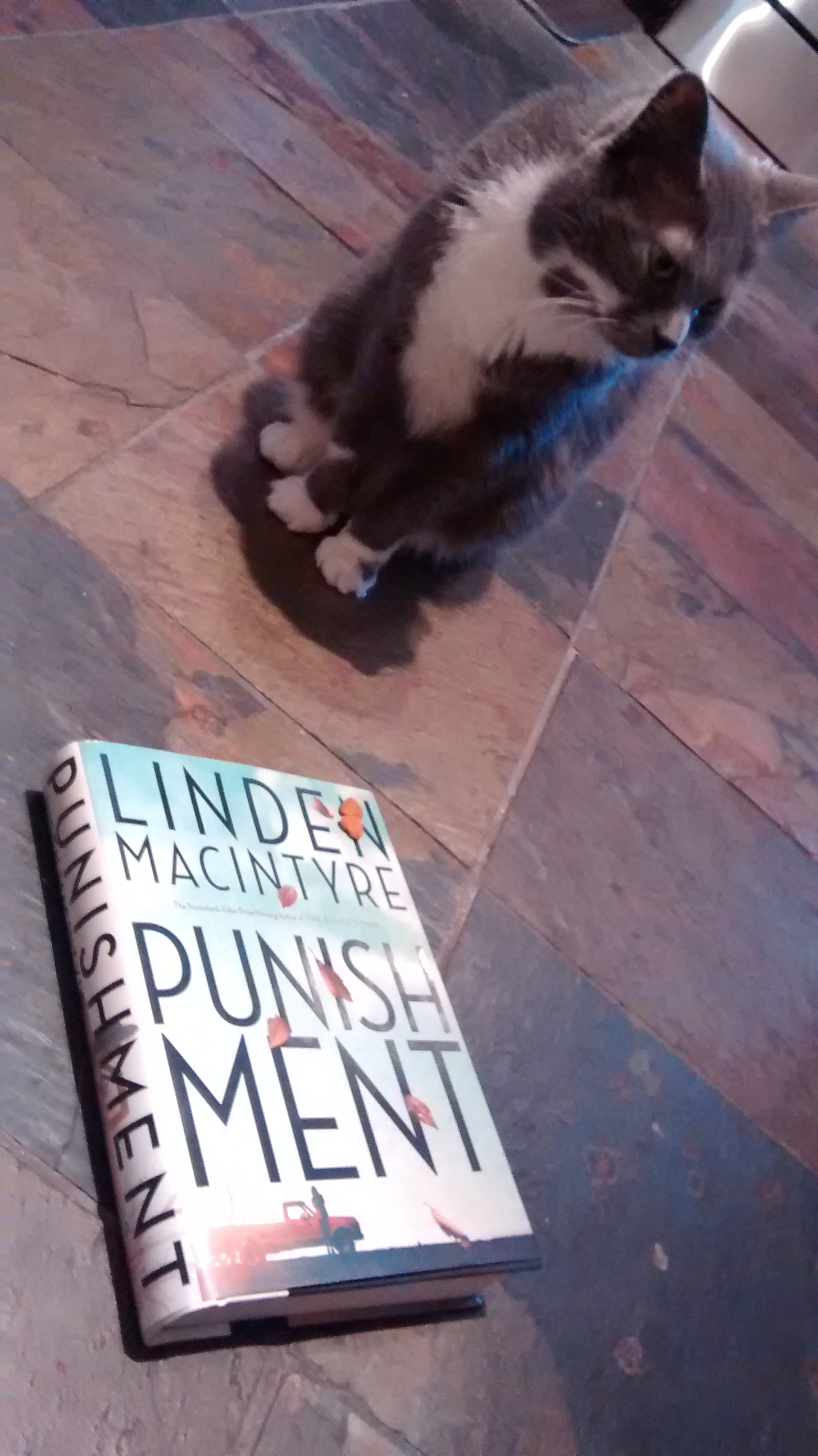 I should have known better, especially because one of his previous books won the Scotiabank Giller Prize, and those judges are rarely wrong; they know good books when they read them, so I should have taken note. But, I’m glad I finally did pick up Punishment, because it was not what I expected, but a very pleasant surprise.

It’s about a retired prison guard, Tony Breau, and the circumstances that forced his early retirement, and his attempts at living the retired life back in the small community he grew up in. He reunites with a woman he dated when he was a young man, which seems to be the only beacon of hope for him, as he just came out the other side of a divorce at the same time he was being forced out of his job. But while he’s struggling to adapt to this new life, a young man who’s been in and out of Tony’s prison is accused of murder, and Tony finds himself caught between wanting to do the right thing, and getting revenge for himself and the town.

The best part of this book was by far the plot, there were lots of secrets that gradually came out (as they tend to do, in small towns!), and twists in the plot that kept me moving quickly through the 421 pages. The characters were also intriguing, they were all connected in such twisted ways (as they tend to be in small towns) that I was constantly trying to figure out people’s hidden motives as the narrative continued.

My only problem with the book was the constant back and forth between present day and the past, I find MacIntyre didn’t delineate the time changes clearly, so sometimes I was confused as to what year we were in. The plot was set against the first few months after 9/11, which helped to situate the reader in terms of setting, but didn’t do much for the overall feel of the book, so sometimes it felt like an unnecessary diversion to the main conflict. But MacIntyre is a journalist, so including politics was something he probably felt he couldn’t avoid. Despite these minor quibbles, I really enjoyed this book, and I recommend it to lovers of crime fiction or mysteries, you won’t be disappointed.