“The Brothers Grimm Meets Stephen King” is a quote from the French media outlet La Presse, found on the cover of Claudine Dumont‘s Captive. This book is another translation (side note: I seem to be reading a lot of these lately, which makes me feel much more intelligent than I really am), so it was originally written in French, and is now translated into English by David Scott Hamilton. I found this media quote an interesting choice to include on the front of the book because I think it gave away some of the plot. By reading the synopsis on the back, you quickly discover the plot is based on a young woman struggling with alcoholism who is kidnapped and wakes up in a room by herself, with only the bare necessities to keep her alive. Now according to the quote above, if there is an element of Brothers Grimm in this story, this means that she must have been captured to teach her a lesson, because she was somehow deserving of this treatment. Granted, I may be more familiar with the intentions of Brothers Grimm because I just visited the museum a few months ago, but most people are aware that they wrote fables, so of course, there must be ‘moral’ to the story. So, in short, this quote basically told me the whole point of her kidnapping way before I even read the first page! I wasn’t wrong, there definitely was a moral to the story, but obviously, you’ll have to read it to find out what that was. 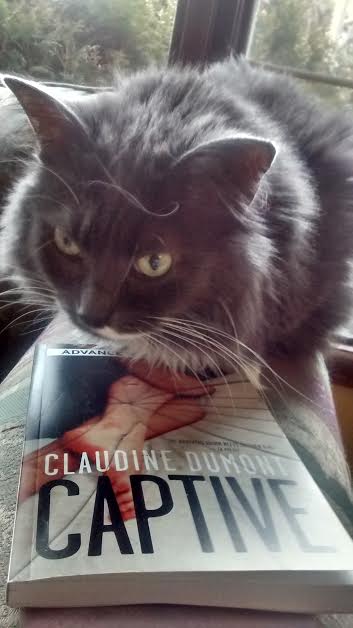 Smokey also thought this was an action-packed novel, can’t you tell by her crazy eyes?

So is it worth reading? That depends. I found it started out a bit slow, it launches directly into Emma’s kidnapping, and the first few chapters are made up of her internal monologue, wondering why she’s there, etc. Her thoughts are disjointed and a bit difficult to understand, much like bad poetry. 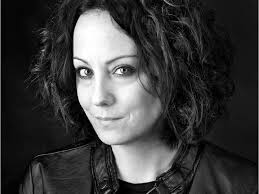 But then the story takes on a twist, which really yanked me back into the plot, and kept me turning the 185 pages; some of those chapters were very short, so it didn’t take me long to finish. The end was very clever and surprising, yet satisfying all the same…something that’s difficult for authors to achieve!

Overall, I liked the book. It was quick, to the point, and an interesting premise: sort of like watching a 30 minutes television show where you discover and solve the mystery all within that short time frame. My only complaint was that we didn’t know much about Emma’s life before she was kidnapped-I would have preferred to get to know her a bit more before we were thrust into this situation with her, because I think it would have added to the suspense of the book. Because I didn’t really sympathize with her, I wasn’t as engaged with her plight as much as I should have been. Still, Captive is worth the read, if only to learn the lesson at the end of it.