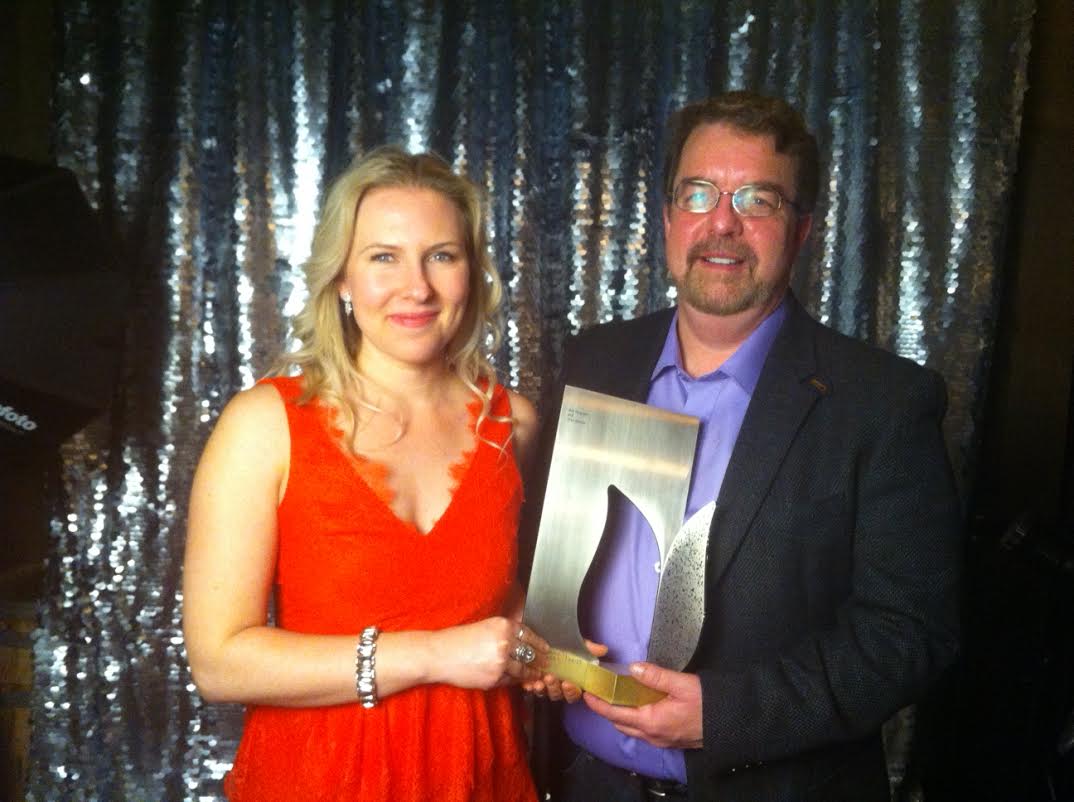 Obviously this post is a bit late seeing as the Giller Prize has already been awarded to Madeleine Thien. But, right before the Calgary Giller Light party I recorded this segment for the CBC, and I don’t want to brag, but I did predict Thien winning. Her book wasn’t my first choice, but whatever, she’s a lovely person so it’s all good. Other highlights of the broadcast? I wonder aloud whether the judges really read all those books, because let’s be honest, that’s close to impossible.

As Doug mentions, I was all dressed up to host the Giller Light party later that night, which was a resounding success, attracting over 200 people. I’ve included a photo here to prove that I washed my hair and everything. My favourite part? The fact that I got to hold the Giller trophy from 2012, which Will Ferguson was kind enough to allow people to get their filthy paws all over, even though the smudges on it will probably last for weeks. Ah well, a good time was had by all.