Book Review: The Girl with the Lower Back Tattoo By Amy Schumer 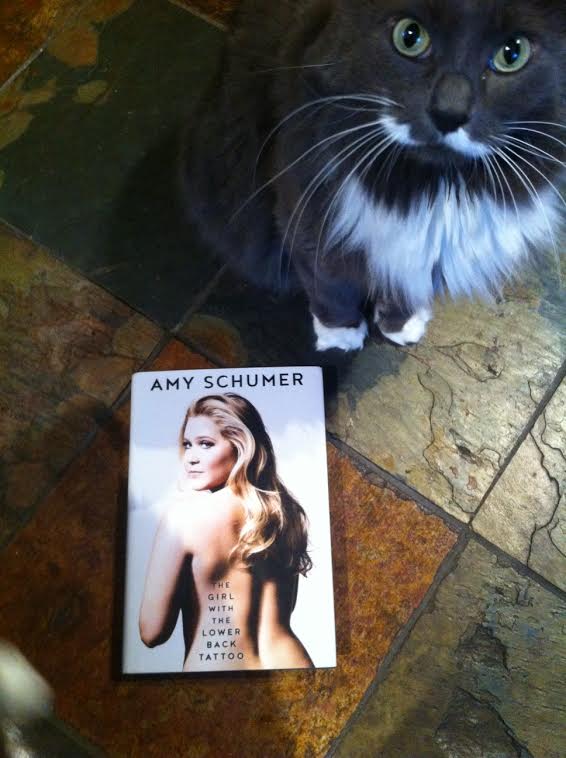 Memoirs from female comedians seem to be coming fast and furious these days. Books by Mindy Kaling, Tina Fey, Anna Kendrick, etc. are all examples of this extremely popular trend in books right now. Personally, I hate trends, I’m the person with a giant scowl on my face as people tell me all about this ‘new exciting thing’ that the entire world has seemed to jump on board with. But of course I make exceptions, what kind of a book reviewer would I be if I didn’t?

I’m glad I waded out of my comfort zone, because The Girl with the Lower Back Tattoo by Amy Schumer is FANTASTIC. Yes, a book that you can readily find at your local pharmacy is a great read! Turns out the masses were right in this (one) instance, this super popular book is actually worth all the praise it’s getting. One of the reasons I was so surprised I enjoyed the book was because I wasn’t familiar with Amy Schumer before I read this book. None of her stuff is available on Netflix, so I’ve never watched her shows before (what, did you think I would pay the sky high fees of cable like a chump?). Turns out, she’s hilarious, and she writes like she talks, so although it appears wordy at times, it’s guaranteed funny. I read a few sections out loud to my husband and he loved it too. But a warning, I don’t think men would like this book, Schumer talks about very female-specific things, if you get what I’m trying to lay down here.

Anyway, turns out Schumer has led a very interesting life. Her parents were super rich when she was born, she modelled baby furniture when she was an infant, her mom had an affair with her best friend’s dad, and her family went broke when she was a teenager. And all this happened before she was even 20 years old! The chapters aren’t in chronological order, which would probably be one of my only complaints about the book, it feels like she jumps around quite a bit, but she makes an effort to break up the serious with the fun, so you’re constantly on to something new and fresh. It kept me guessing, but turning the pages as well.

Schumer uses lots of self-deprecating humour, but she’s an advocate for women’s rights, more specifically, women’s self esteem. As a celebrity, she is constantly being shamed for her size, because in relation to other females in show business, she is considered ‘plus size’, a term I’m sure all women hate equally. But, she frequently defends her choice of lifestyle (i.e. not dieting), and argues that women should be treated the same as men, regardless of what business you are in, even if that business is based in the shallow world of Hollywood. Of course these points aren’t groundbreaking, but her use of humour in getting her point across is exceptionally effective. Additionally, she is an advocate of stronger gun control laws after a gunman shot and killed two women during a screening of her movie Trainwreck. She even goes so far as to print a list of congressman who have accepted money from and been influenced by gun lobbyists, to help grow awareness of this issue. Unfortunately, there are about 60 names as part of that list, and even worse were some of the unbelievable gun statistics she quoted; apparently it is legal in some states to buy a gun even if you are considered legally blind! Yikes, hearing this makes me cling even tighter to my Canadian passport.

Anyway, this book has something for every woman: humour, tears, family revelations, and of course sex stories. So, Christmas is coming, and I believe this would make the perfect gift for every gal on your list.