Book Review: The Sweetest One by Melanie Mah 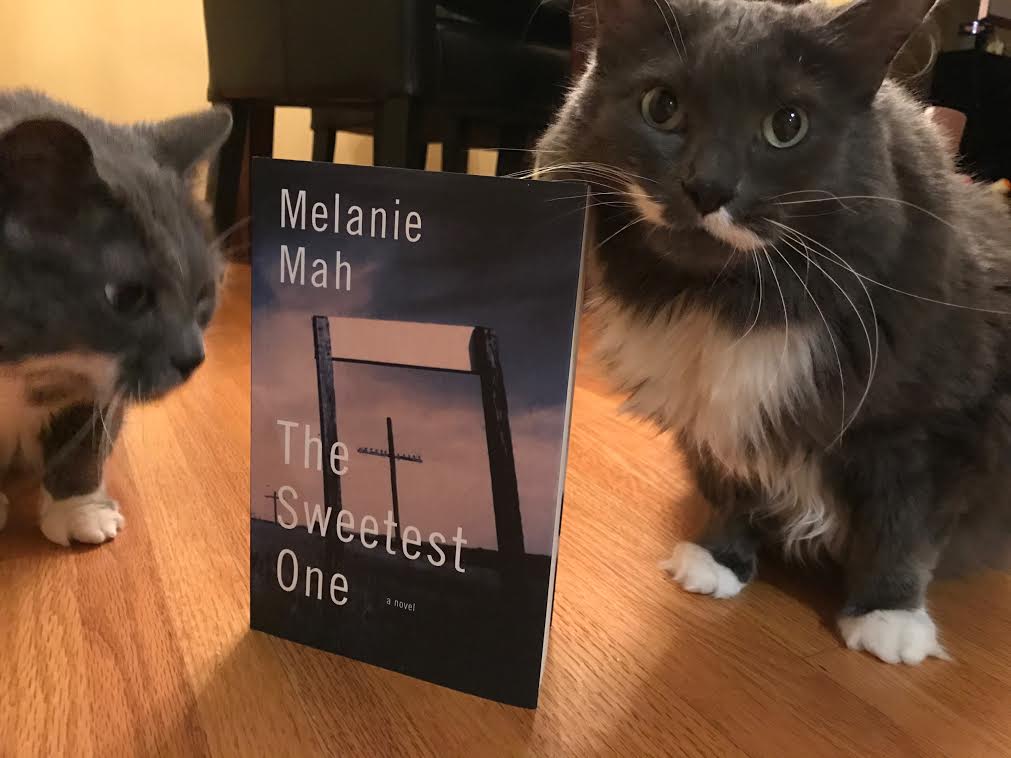 I’m torn about Melanie Mah’s The Sweetest One. The author has so much going for her book, that it’s hard for me not to love what she’s written. Firstly, she’s Albertan, so I’m excited to read any books written by a local author (she lives in Toronto now, but we won’t talk about that). Secondly, she’s published by Cormorant Books, which as I’ve said before, I am an unabashed fan of. They only publish people who are fantastic writers, period. This book is no different, Mah’s writing is precise, clever and direct, and gives purpose to an otherwise boring and common existence for the main character Chrysler (such a cool name too!). The narrative is well formed; it kept me turning the pages, even though the answers I was seeking were no doubt depressing (three different children die within the same family at the same age). Mah masterfully draws out the reasons for their death throughout the book, which added a little mystery to the plot, elevating it from a simple novel about life in a small town to an engrossing story that you don’t want to put down.

So what’s my problem? Is it a major one, or a minor quibble? I guess that depends on your perspective. As I mentioned before there were so many reasons for me to like this book, but the driver behind the character’s fear of her family curse didn’t make much sense to me. Personally, I find that when the motivation for a protagonist falls flat, it’s hard to get excited about a book. Essentially, Chrysler has four siblings, and three of them die on their way out (figuratively and literally) of their small town in rural Alberta. The fourth kid disappears at the very beginning of the book, thus beginning the year that Chrysler is home alone with her parents, essentially waiting for something dire to happen. Of course having three of your siblings die would affect you deeply, leaving your emotions in tatters to say the least. But, Chrysler is extremely scientific, excelling at these logic-based subjects at school. Therefore, it’s a stretch to believe that she is afraid to leave her town for an irrational fear of something bad happening to her. What’s even worse is she is constantly tallying up all the dangerous things that could happen to her in any situation, which stunts her spiritual growth and leaves her grasping at a depressing family life. While her sister Trina disappears looking for salvation somewhere else, Chrysler has the exact opposite reaction by refusing to leave her town, even though her parents can be verbally and physically abusive. It just didn’t add up for me.

So is this a reason to shun a book entirely, and say it isn’t worth reading at all? No, definitely not.  This is Mah’s first book, and she’s obviously very talented, so I’ll be looking forward to what she writes next. Yes, she has some work to do on the mechanics of her characterization, but I realize this can be a very subjective aspect to storytelling, so judge for yourself and pick up her debut.

Oh, and one more thing. This book should also be considered a young adult book, simply because it deals with issues that many ‘youths’ think and care about. I think the YA lovers out there would really enjoy Chrysler, and the teenage dialogue is believable and authentic.