Book Review: All The Lost Things by Michelle Sacks 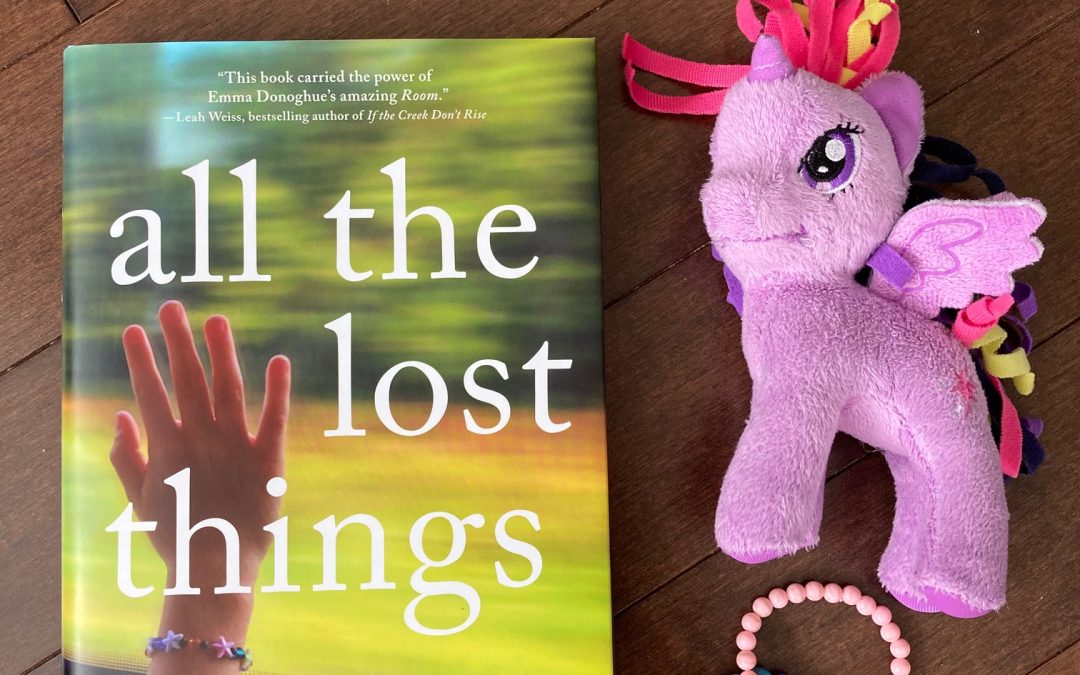 Although it’s difficult to write in the voice of a child, I’ve had pretty good luck finding authors that do it well. This is why I had such high hopes for All The Lost Things by Michelle Sacks, a work of fiction about a Dad abducting his 7-year-old daughter Dolly. It seemed like it would be a mix of suspense, family drama and adventure…and it was definitely all those things, unfortunately Dolly’s voice was a little too realistic, grating on my nerves as I continued through the 277 pages.

Dolly is excited to go on a road trip with just her Dad. Normally she’s with her Mom who has recently started seeing an older man with big plans for them both, so Dolly prefers to be at home with her toys, or with both her parents at the same time. As with any book written from a child’s perspective, the reader has to infer what is truly happening. As this book chugs along and Dolly gets further and further from home, we realize that her Dad is on the run from something, most likely connected to this other man that has entered her mother’s life. Because we are learning about Dolly’s life through her eyes only, we swing between empathy for her father and her mother. Her Dad lost his job during the financial crash of 2008, so he now works at a used car dealership and drinks heavily when he gets home. Her Mom is obsessed with her appearance, dieting, and getting the ‘big break’ that will cement her career as a famous actress. Sometimes Dolly’s memories of her are pleasant, as her Mom seems like the fun parent who often encouraged and participated in imaginative play, but she also recalls being dragged to the malls for shopping trips where the purchased things in secret. It only takes a few chapters to realize that both parental figures in Dolly’s life are struggling, which furthers the already deepening sense of dread one feels while reading about Dolly’s abduction. It’s not obvious whether she is heading toward an improved, or worsened situation until the very end of the book, so the low hum of anxiety never really abates for the reader.

I was only a few pages into the book before I realized that I wasn’t going to love it, all because of the strange way the author chose to capitalize so many words as Dolly spoke them. The capitalization seems like it was meant for emphasis, or to draw attention to bigger words that Dolly had picked up from an adult, but it only served to annoy me. This capitalization is used so often, multiples times per page even it continually forced my attention away from the scene to dwell on these ultimately meaningless words. This quote about a doll house below demonstrates not only this strange stylistic choice, but the way Dolly parrots what is said around her:

“Dad took forever to make my wooden one because he is good at being DISAPPOINTING. He only did it after a big fight with Mom and after that, he set aside a whole weekend and didn’t come out of the basement until it was done.”(p. 140)

On the page that the quote appears, there are 14 other words that are capitalized, so you can see why this grated on my nerves. Normally I don’t mind reading capitalization in people’s correspondence because they’ll only use it once or twice, but Sack’s use of it over and over again rendered it pointless.

The other characters that Dolly and her Dad come across on their trip are increasingly depressing, from the poverty-stricken children forced to pick cans for money around their motel, to the pregnant teenager with a newborn baby she already neglects, to the veteran with a basement full of of guns suffering from PTSD, there isn’t much to look to for hope in this book. I’m never one to shy away from realism in a story, but this novel is relentless so it’s hard to find hope in anything. A book that deals with dark subject matter can be lifted up by its writing, so even if everything seems hard from the character’s perspective, the reader can escape into the beauty of the text for a little relief. Unfortunately, nothing in All The Lost Things offers that respite.