Book Review: The Lion in the Living Room by Abigail Tucker 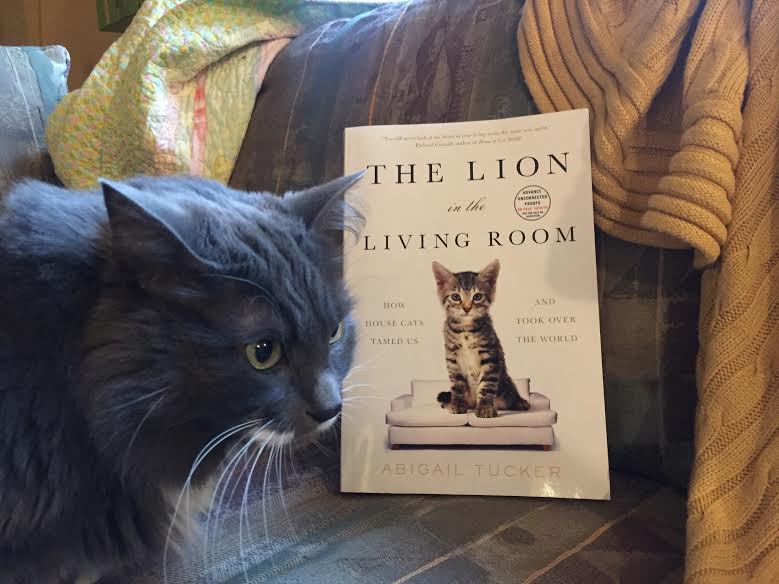 Why, another book about cats? Yes please I say! I can’t get enough of them, and that is why I’ve just recently read The Lion in the Living Room by Abigail Tucker, a non-fiction guide to the evolution of domestic cats. Tucker charts the rise of cats in our life, from their early beginnings before man was on earth to the current superstar status they enjoy in our lives and on the world wide web. I must confess I never knew much about cats before this book (aside from the fact they are awesome!), but now that I’ve read all 187 pages of it (which doesn’t include the extensive bibliography) I feel like I know almost all there is to know, maybe even some things I would rather not know…

For starters, I came across some fascinating tidbits to whip out at my next dinner party: stray cats appear on the world’s list of 100 top invasive species because they are such effective predators, there are tens of millions of stray cats in America alone, New Zealand has the highest rate of cat ownership in the world, cat owners are more likely to suffer from mental health issues, etc. Tucker is relentless in her research, but these facts are interspersed with anecdotes of her own cat experiences (she has one male marmalade named Cheetoh) so I never drifted off for too long. She’s quick to relate her scientific findings to identifiable traits we would recognize today, and she also explores the psychology of cat ownership to a great extent, which any layman can enjoy.

One of my favourite sections deals with cat advocates, and how far people go to defend cats. In fact, she included this little Canadian gem which I particularly enjoyed. Apparently while Stephen Harper was Prime Minister, his wife spoke at a cat charity dinner. While there, she was asked

“Don’t you think supporting an inquiry into missing and murdered indigenous women in this country would be a better look?”

“That’s a great cause,” replied Mrs. Harper, who was apparently wearing cat ears at the time, “but tonight we’re here for homeless cats.” (p.96).

For the record, I think the inquiry into MMIW is a very important one, but how fabulous was it that she was wearing cat ears at this fundraiser? I have a new respect for this woman.

Anyway, some of the chapters devoted to early cat evolution were a bit boring, I’ll admit. But she all made up for it towards the end of the book when she described her meeting with Lil’ Bub, who some people may recall, is my favourite feline after my own Pearl and Smokey. I even have a Lil’ Bub t-shirt which I proudly wear in public as many times as my friends and family will allow. In closing, cat lovers unite, we’ve found some new reading material.