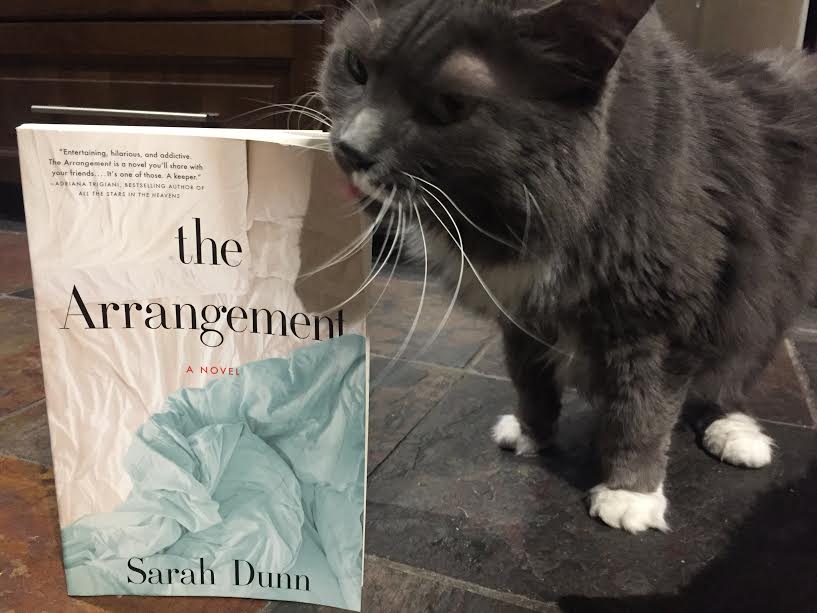 I was recently discussing the trend of ‘books about alternative relationships’ with another bibliophile, and we both agreed that there is a real appetite for comic as well as literary explorations of this topic. I recently reviewed a book by Zoey Leigh Peterson that explores a couple attempting to have an open relationship; it was a very serious, feelings-driven story line that may turn off the occasional reader simply because the plot was pretty thin. Now that I’ve read Sarah Dunn‘s The Arrangement, I can refer my chick-lit loving friends to her book instead, as this is a much easier read with a similar premise.

We are introduced to a couple that’s traded in their hip lifestyle in Brooklyn to an upscale suburban existence to better raise their 5 year-old autistic son. Lucy and Owen are happy together and they have a great marriage that many would envy, but when friends of theirs admit they are experimenting with having an ‘open marriage’ (i.e. having lovers on the side), they decide to give it a go themselves. They decide on a few rules and an end date-6 months from when they begin. It doesn’t take a genius to guess that this isn’t going to end well, but it was still fun getting there. I raced through this book in a few days because I was dying to get to the end to see what what happens.

At first, I questioned why Lucy and Owen would attempt to do this if they really were happy with each other, but the appeal is obvious as the book progresses; they both get to experience that excited, ‘new relationship feel’ which we all remember so vividly. Of course these feelings never really last, but because they had been married for so long, they probably forgot about that. They also created these rules around their arrangement in attempt to minimize, or even eliminate the risk to their family life. As naive as it sounds, I did have a tiny part of me that hoped they would succeed, but the more logical  part of me knew this would never work, no matter how many rules were put in place.

Aside from the juicy moral issues the characters grapple with, the book is also well written. Dunn is a writer for television so the dialogue is witty, easy to follow, and the plot moves swiftly to keep us entertained at all times. She also creates some notable secondary characters, for example an outspoken mom named Sunny Bang was my favourite; she had me wishing I knew someone similar in my own mommy circle (for instance, she calls a four-year-old a dick). Entertaining, funny, and thoughtful, all in one book. Who could ask for more? But here’s what I really want to know from you, dear reader-do you know of anyone who has tried, or is currently in an open marriage? Time to dish!