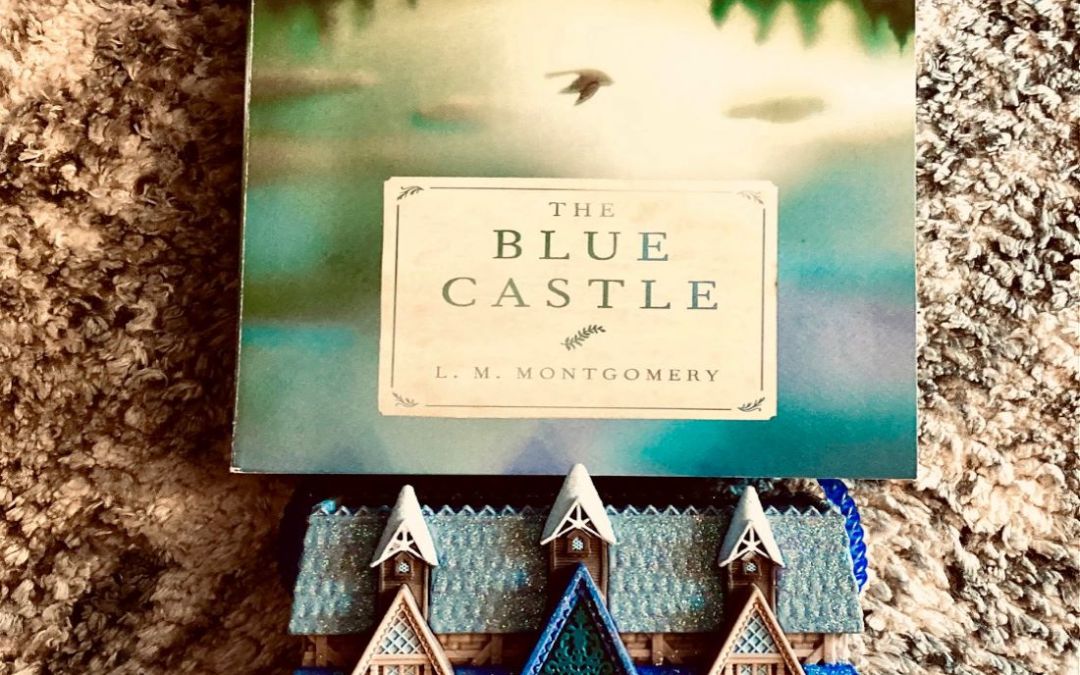 I don’t get the chance to read classics all that often because I’m usually reading the latest releases from publishers, which is of course exciting and I’m grateful for that opportunity BUT I also follow lots of bloggers who extoll the virtues of classic reading, and I can’t help but feel left out of the fun! Tundra, the kids imprint from Penguin Random House Canada sent me this re-release of Canadian superstar author L.M. Montgomery’s The Blue Castle, and I delighted in this cozy read over the course of two days while it was bitterly cold outside. I tried to imagine how a younger version of myself would have reacted to this book, as it is technically aimed at a young adult audience, but I struggled to think back to how I approached texts like this decades ago. Instead I can assure you that reading it as an adult was pleasing enough, and my only complaint with it was a minor one.

Originally published in 1926, this is a coming-of-age story featuring a young woman named Valancy, who unmarried at the age of 29 is considered an old maid living a miserable existence with her mother and aunt. Valancy isn’t treated very well by her family – she is scolded for being even a minute late to a meal, and her extended family all delight in reminding her of her shortcomings. But then Valancy receives news that she has a terminal heart condition and most likely won’t live longer than a year. Realizing she has always lived her life for others, she makes an abrupt change in her demeanor and begins to say and do what she likes, damn the consequences. Her family raise a fuss about what this will do to their reputation, but Valancy continues her transformation and finally moves out of the house to act as a housekeeper for the local drunk in town, making her own money for the first time in her life. She keeps her diagnosis a secret from everyone, allowing tongues to wag behind her back as people theorize what brought about these drastic changes in her life, but one man in particular interests Valancy, another town outcast that people love to gossip about. As Valancy begins to live her life as she pleases, she finds true happiness in all the strangest places.

Valancy is a polarizing protagonist. I grew to like her over the course of the novel, but when we are first introduced to her, I quickly grew tired of her never-ending complaints. Perhaps Montgomery does this on purpose as a way to demonstrate how awful Valancy felt about her own life; she was unable to see past her problems to another happier future, but as soon as Valancy learns of her heart disease the book quickly picks up, as did my mood when reading it. The jokes Valancy cracks at the expense of her family are endlessly entertaining, and their offended retorts and reactions only add to humour of it all. Valancy also finds hope and contentment in her new role as housekeeper because she takes care of a dying young woman while there, which gives a new meaning and purpose to her life that she never experienced before that. Having never been in love, never even being kissed most certainly takes a toll on a person, and I found myself overjoyed at the prospect of Valancy forming new friendships and relationships.

Keeping in mind I’m reading this through the lens of a woman in 2022, which is obviously quite different from the intended audience of almost a century ago, I must admit I was disappointed to learn that the solution to Valancy’s problems come in the form of marriage. Back then, this was undoubtedly the most realistic result, but my modern-day feminist hates to admit that a man needs to rush in and rescue this clearly independent woman. Sigh. I’m sure if Montgomery was writing today, this book would have a very different ending.

A few years ago I read and reviewed a biography for young readers about L.M. Montgomery, which gave me a good grounding in her life, and the inspiration behind her famous character Anne of Green Gables. The Blue Castle is one of her lesser-known novels, but a treat to read all the same.