Book Review: The Shoe on the Roof by Will Ferguson 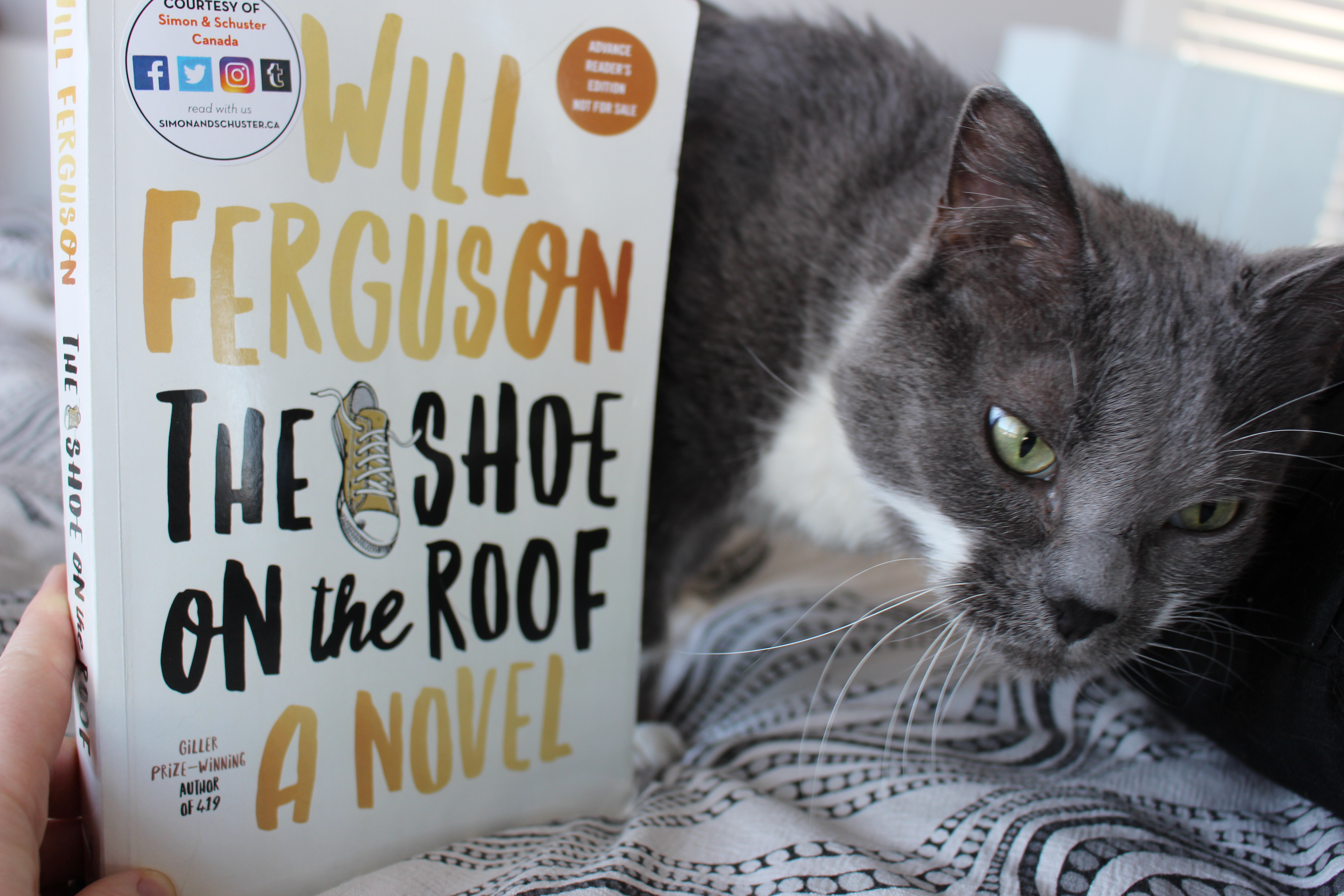 I think Will Ferguson is hilarious, in person and in writing. Full disclosure; he’s a Calgarian, so I get to see him around quite a bit, which is why I know he’s funny on and off and page. We’re not buds or anything, but I would comfortably call us literary acquaintances here in the city, and without a doubt he always has something kind or witty to say when we do see each other.  Here’s a picture of the two of us at one of the Giller Light parties that I hosted a few years ago. I wanted to mention that I knew him because it does affect that way I read his latest offering, The Shoe of the Roof. 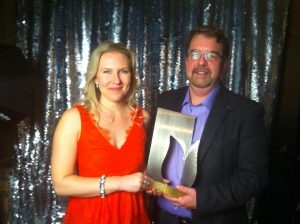 His most recent books seem to be taking a more serious turn, this one being no exception. It begins innocently enough, a young doctor in training named Thomas is broken up with by his girlfriend Amy, which seems to bother him more and more as the story progresses. In a (twisted) attempt at winning her back, Thomas decides to set up an experiment involving three men who truly believe they are Jesus Christ, one of those men being Amy’s brother, who has been languishing in a mental facility since dropping out of the seminary. Thomas has experiences of being a patient himself as we learn that his father, (a famous psychiatrist known as “Dr. Rosanoff”) used Thomas as an experiment on raising children that he later based his extremely successful book on. Needless to say, Thomas has got some serious issues bubbling under the surface because of this, and when he embarks on this questionable ‘Jesus project’ Thomas begins to question his own sanity as strange side affects begin to occur. 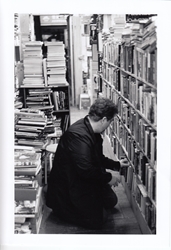 There is Ferguson’s trademark humour all over this novel, and it’s a kind of humour that I personally appreciate; witty, unique, and not crass in the least. Ferguson can make anyone laugh, from a daredevil 7 year-old-kid to an overly conservative grandma, his funny bone is one size fits all. The plot does get progressively darker as it continues, and I will say, some of the side plots seemed a bit unnecessary because there was so much going on with this whole ‘psych experiment gone wrong’ debacle. Despite this, I was completely absorbed from the beginning to the end, and I even grew to like and empathize with Thomas’s character even though he acted like a jerk half the time. I blame Dr. Rosanoff for the shortcomings in Thomas’s own personality though, because his Dad seemed like the biggest jerk of all.

There’s a subtle mystical element to this book as well, a thread that picks up on the religious beliefs of the three struggling patients, while Thomas also relies on some much-needed advice from a nun who is long-time friends of his family. The first few pages of the book describe a tale dubbed ‘the shoe on the roof’ story, which casts the entire book in a spiritual light; a brilliant move on Ferguson’s part because it lends everything a level of seriousness, forcing the reader to keep an open mind from the very beginning. So although this book is difficult to categorize, I still highly recommend it to readers of all types because it’s got something for everyone in between its covers.