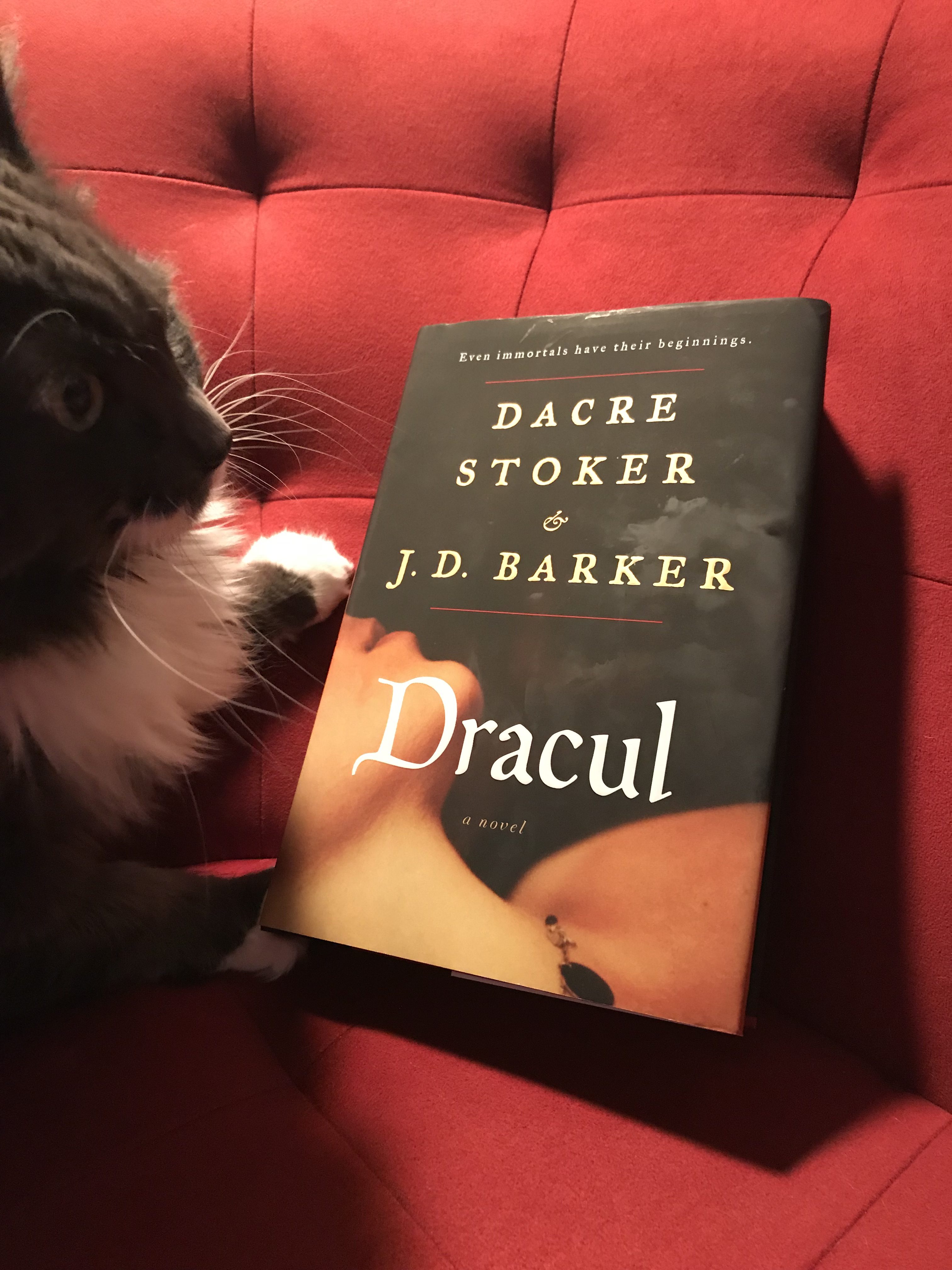 The big day is finally here! Halloween; the perfect time to scare yourself silly with a spooky book in one hand and a delicious chocolate bar (or ten) in the other. I indulged in some dark chocolate to accompany my foray into the dark arts with Dracul by Dacre Stoker and J.D. Barker. Yes-that Stoker! He’s the great grand-nephew of Bram Stoker, the original author of the timeless horror classic Dracula, and this book is meant as its prequel.

What I found really fascinating (and let’s be honest, terrifying) is that Bram Stoker originally submitted his book Dracula as a work of non-fiction!!! The publishers than fiddled with it, and it became a work of fiction with a bunch of other parts cut out of it. This is all explained by Dacre in the back of this current book.  Dacre now manages the Stoker estate, and he’s done a significant amount of research, and together with J.D. Barker has come up with an original look at the beginnings of vampires and Dracul/Dracula himself.

Dracul begins with the very creepy scene of Bram Stoker caught in a tower, by himself, with the usual weapons one uses against vampires (holy water, crosses, mirrors) while some evil creature outside  tries to get at him. We switch back and forth to that scene throughout most of the novel, while we also learn about Bram’s youth as a sickly child and his strange nurse Ellen. It’s pretty clear to most readers at the very beginning of the book who’s the undead and who isn’t, but the real mystery is what happens to Ellen, and what her motives are.

The happenings of the plot are sort of secondary in my mind, because quite frankly, what happens and why isn’t as important to me as how this book makes me feel. News flash-it really scared me! I made the mistake of reading it alone at night while my husband was away, and I freaked myself out while trying to eat chocolate at the same time, which led to some severe indigestion among other things. Perhaps it’s because I don’t read a lot of genre fiction, but I lost track of why certain characters were doing certain things, but I didn’t really care because I was so caught up in the characters themselves, and the creepy way they looked and acted. The descriptions of Dracul and his many manifestations are  brilliant, and it makes me want to re-watch the Dracula movie from the 90s.

Lovers of gothic literature will also get their fill in this book. Although it seems strange that contemporary writers can do ‘gothic’ so accurately, I can assure you they do! Dark, cold castle towers, strange flickering candles, and coffins containing hideous secrets in abandoned cemeteries are abound in this book. In fact, I think we spend more time in the moonlight than we do in the light of day within these pages, but of course I wouldn’t have it any other way. The atmosphere is truly on point in this one.

This book comes highly recommended as a “Halloween” read, but I think it would interest readers anytime of year, as long as you’re prepared to sit with the lights on for a few hours afterwards! 🎃