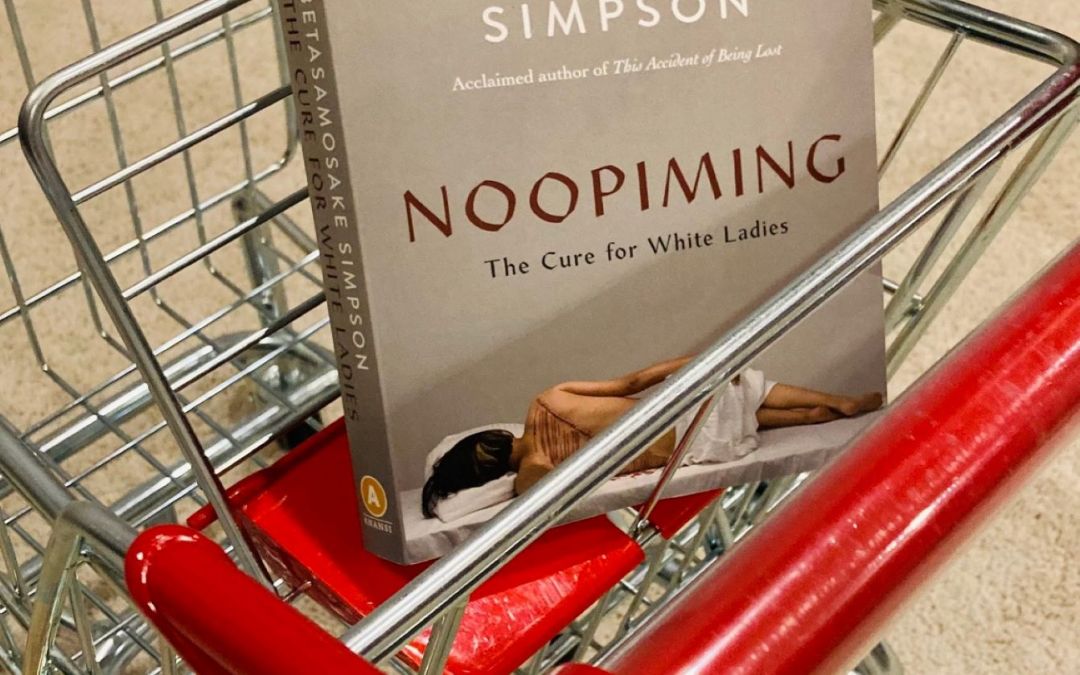 September 30 is now officially Truth and Reconciliation Day here in Canada. Among other things, it’s intended to help bridge the gap between settlers and Indigenous people, recognizing the harm that has been done in the past, and working towards reconciliation in the future. Like many people across the country I was given that day off work, so I took the opportunity to read a book by an Indigenous woman. I sat quietly with Noopiming, The Cure for White Ladies by Leanne Betasamosake Simpson, really trying to slow down and read her words with intention and without judgement. While I never determined what my cure was intended to be (I’m a white woman and I’d love to know what I’m curing, or am I the one being cured?) I did enjoy this strange journey alongside spiritual, botanical, and human characters. I can’t say I understood everything that was going on at every moment, but where’s the fun in that anyway?

There are seven main characters; an old woman, a tree, an old man, two youngish humans, a caribou, and a giant. Although they are meant to be parts of a whole, they appear to me as extremely different, almost contradictory factions that regularly complain about one another – more like a family than anything else. Some beings work better together than others, but they did all focus and move in the same direction. In a departure of sorts, the last third of the book focuses on geese, their path south for the winter, which geese decided to travel while others didn’t, and the effects on their movement among each other.

It was awhile ago now that I read Simpson’s last book The Accident of Being Lost, but I do recall feeling uprooted as I read it, which I felt once again by reading Noopiming. Because so much of this book was either poetry, fragmented sentences, or repetitive paragraphs over a few pages, I never felt frustrated or overwhelmingly lost. I simply surrendered myself to the musicality of Simpson’s words, registering my initial discomfort then committing to focus even more on the effects of the words rather than what they meant together as a whole.

Each person, animal, and entity seem connected in one way or another, spanning all forms of life, but what’s noticeably absent is white people. Aside from a few glimpses here and there, we don’t get the white perspective at all. Instead, this book is not about Indigenous way of life vs. a colonial way of life, it’s simply about being. Honestly it was a great relief to not have to experience the inevitable conflict that occurs when white people thrust themselves into narratives like these because everything felt very peaceful and natural. That being said, there were obvious effects of settlement; Mindimooyenh the old woman is a bargain hunter and loves going to big box stores to find deals, amassing a strange wealth of sale items that may or may not be useful. A homeless encampment on the side of the Don Valley Parkway in Toronto is home to a unique structure made entirely of empty water bottles, while a designer backpack flung out a car window becomes a treasured item that pleases more than a few people. Consumerism permeates the environment, but the judgement of its evils aren’t remarked upon, for in some cases shopping for good deals is simply pleasing, no matter what kind of person, spirit, or creature one is.

I’m finding it really challenging to review this book because I’m having trouble finding the words to properly describe how it made me feel. I don’t know who this book is written for exactly, but it’s probably not me, even though I’m part of the subtitle. Instead, my engagement with it is one of quiet observation and reflection. The lack of a linear plot is challenging to follow as a reader, but I don’t believe this book is meant to teach us anything, other than the joys of simple consideration. One of the characters, Asin, spends a great deal of time sitting and watching the birds. I often felt like him, not quite ‘in’ on anything, but fascinated all the same. It’s likely that this is a book meant to be returned to over time, and even though I read it one day, I probably shouldn’t have; spacing out something like this is better because you have a longer time to ponder each section. It’s worth keeping on my shelf for a quiet day when I’m looking to open up to new possibilities again.