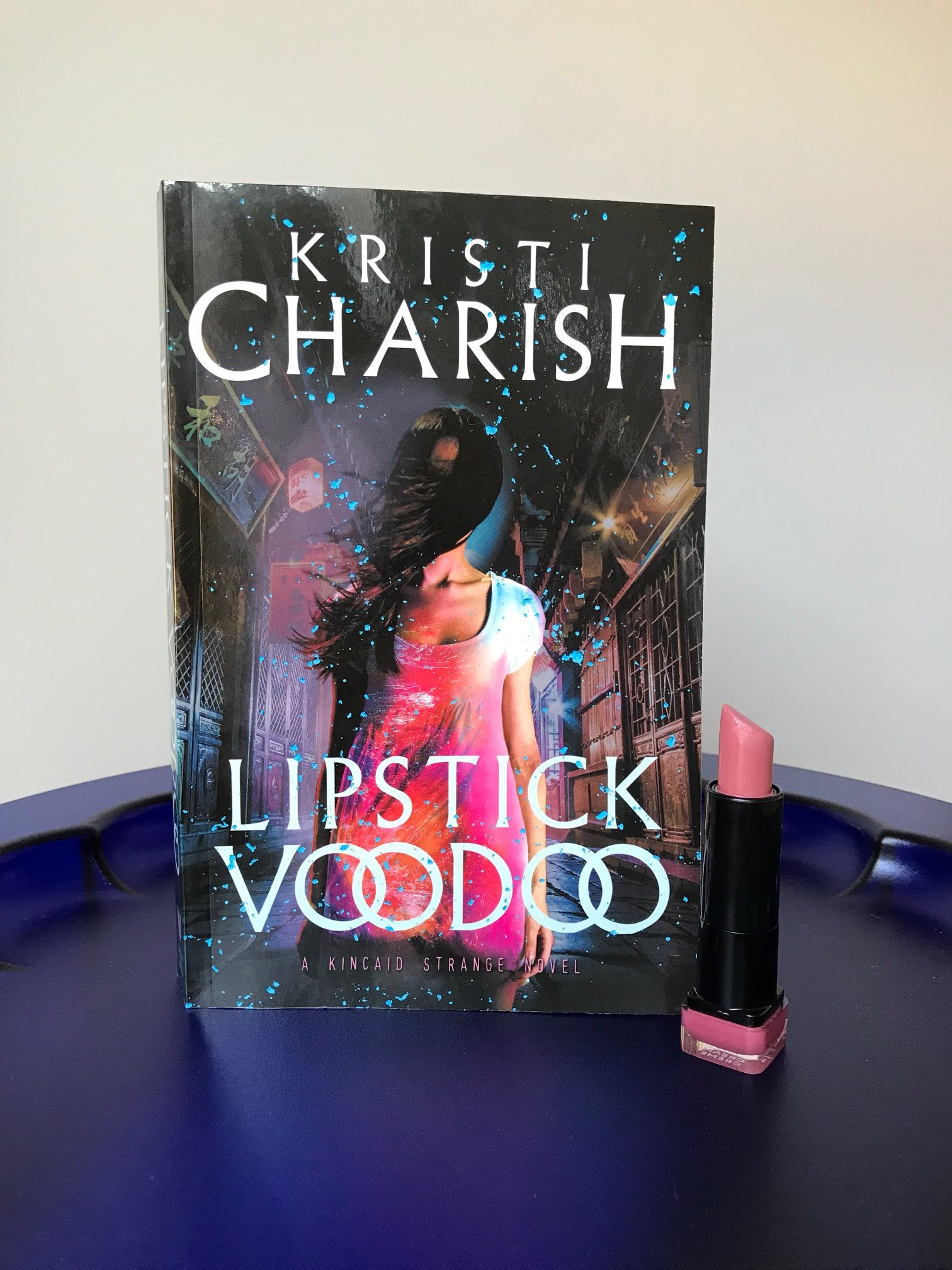 Most books that get sent my way for review are ones I’m interested in reading right away; mystery, thriller, suspense, literary coming-of-age stories, even the occasional memoir. But every once in a while, something is sent to me that’s clearly out of my reading comfort zone. Lipstick Voodoo by Kristi Charish is one of those books. As you can see, the cover features a faceless woman with bright colours swirling around her as she stares straight at the reader-this is a classic fantasy cover, one I typically shy away from because I don’t enjoy this genre. But a few weeks ago for my monthly CBC radio segment I intentionally chose to read books I didn’t think I’d like. Lo and behold, I didn’t mind this one, despite my belief that I would hate it.

Kincaid Strange is our protagonist (doubtful this is her real name, but this is the second book in the series so it was probably explained earlier) and she is a ‘practitioner’ which is someone who can communicate with and raise the dead. The world she lives in is very similar to our own, except for the fact that everyone more or less accepts the fact that there is an after life, and many people turn into ghosts, or sometimes zombies. Practitioners are hired by the police, grieving relatives, and even disgruntled dependants to communicate with the ‘other side’ to find closure for their clients. Kincaid’s roommate is a ghost who happens to be trapped in a zombie’s body because of a little magic mishap, and she’s also indebted to a somewhat evil sorcerer for some extra-special powers he gave her, so she’s got a lot on her plate at the moment. Her ex-boyfriend is a police officer who specializes in the paranormal side of crime and he’s asked for her help on his latest case as there seems to be a demon-like creature murdering people all connected from the past, so this book can also be loosely defined as a mystery.

What puts me off fantasy in general is the enormous amount of suspending of disbelief that’s required before you even begin reading. It feels like I’m trying to play catch-up right from the first sentence; there is a whole new world one has to become accustomed to in order enjoy the book, which adds an entirely new layer of complexity of reading. I can see why this appeals to others, but personally I find it distracting. But because Lipstick Voodoo is the second in the series, I anticipated feeling a bit behind anyway, so I forced myself to move through the chapters even if I felt a bit lost (which I did), but once I got over this feeling I found myself really enjoying Kincaid and her anxiety-inducing circumstances.

Kincaid is the type of girl who doesn’t have a lot of female friends, drives a motorcycle, and could care less about her appearance (but is probably beautiful anyway) so there’s lots of romantic tension that swirls around her and other men, even if half of them aren’t technically human. She occasionally enjoys a drink in the ‘underground city’, which is one of my favourite places that I’ve visited in a fictional world lately. Like Harry Potter’s Diagon Alley, this place exists just past where us mortals can see, a home to ghouls who slink around looking for trouble and zombies drinking specially formulated formaldehyde drinks in an effort to keep their limbs intact. Kincaid visits this area often throughout the book, and it serves to not only awaken the reader’s imagination, but push the plot ahead in new and unexpected ways.

The dialogue and interactions involving Kincaid is what ultimately solidified my opinion on this book; I enjoyed it because I enjoyed her, along with all her obvious flaws. She says thing she shouldn’t, she hides things from her sorcerer/mentor because she’s fed up with him, and she struggles to keep the threads of her life together all while hovering very close to the poverty line. And she drinks a lot of tea. It’s characters like this that remind me I used to watch Buffy the Vampire Slayer and loved it, even if my tastes have changed considerably over the years. There’s a third due out in this series soon, and it’s clear that there are many fans counting down to its arrival-I can now include myself as one of them.