Book Review: There’s a Word For That by Sloane Tanen 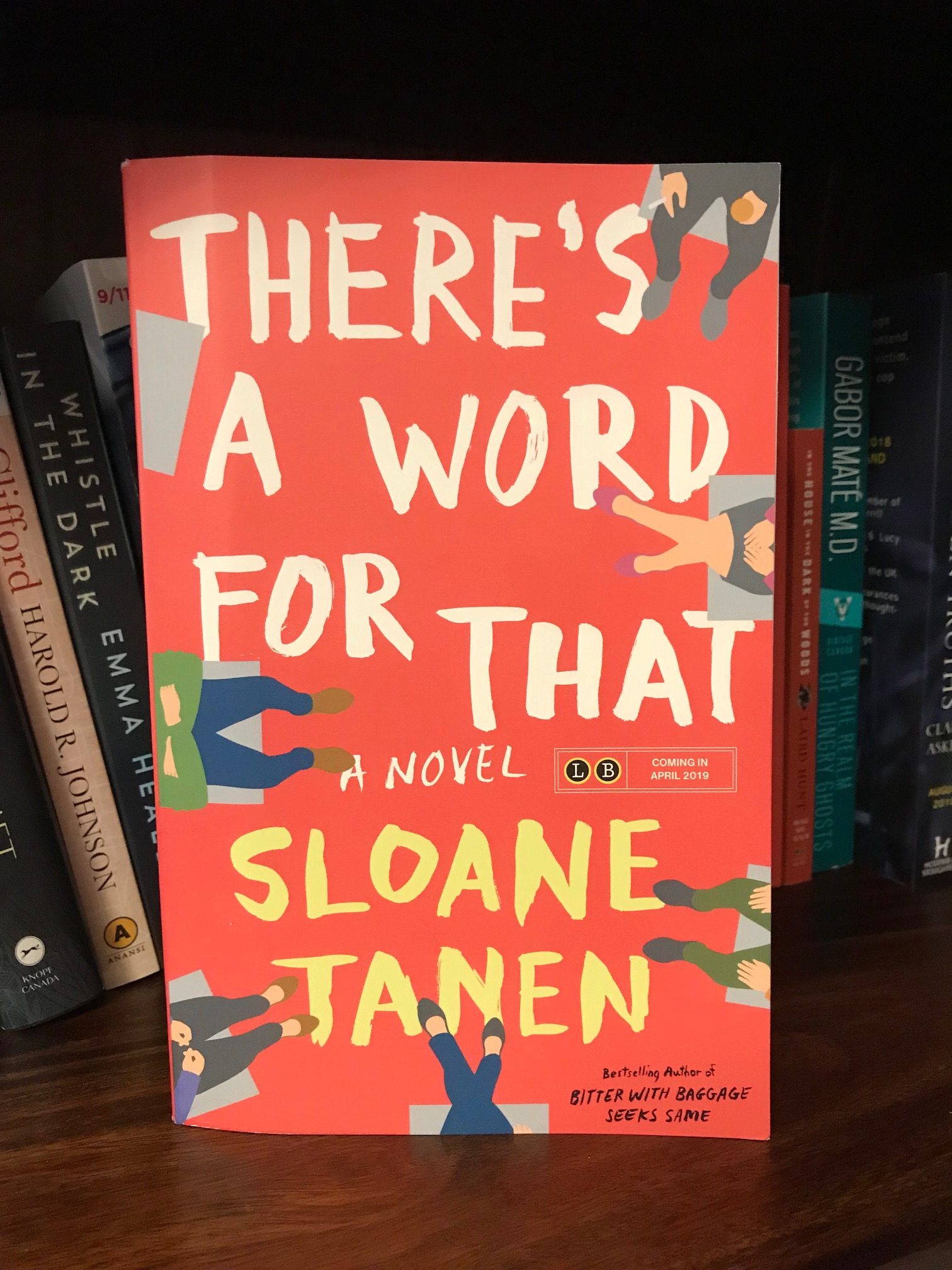 I’ve been on a reading streak of chick-lit/contemporary women’s fiction lately (I basically use those terms interchangeably now) and I’ve noticed a few trends within the genre, one of them being the inclusion of a rich or celebrity-like character in every story. Not that there’s anything wrong with that, but There’s a Word For That by Sloane Tanen is one of the few books I’ve read that really explores the impact of having an extremely wealthy or famous person as part of your immediate family. It takes this concept a step further when it examines what happens if there’s more than one of those ‘stars’ in the family…emotional chaos, obviously.

Marty Kessler is a famous Hollywood producer who’s addicted to painkillers and his first wife Bunny is a wildly famous writer/alcoholic, and even though they haven’t spoken to each other in decades, they wind up at the same rehab center in Malibu. Janine is one of Marty’s adult daughters, a child star who hasn’t worked since she was a teenager and suffering numerous anxiety disorders because of her unwelcome (and continuing) fame. Amanda is Marty’s other daughter, struggling for his approval and sworn enemy of Janine. Henry rounds out this exceptional bunch, son of Bunny (but not Marty) and falling head-over-heels in love with Janine. Together they’re forced to face the mistakes from their past and confront the bitterness that each and every one of them is holding on to.

This book is full of stereotypes (which is sometimes more realistic than we’d like to admit) plus there’s some pretty unrealistic coincidences, but if you’re willing to forgive these two things, you’ll enjoy reading about this extended family. It’s an easy to follow plot, even though there is LOTS going on, and there’s a wide cast of supporting characters that flit in and out of the narrative. But each serves to shine a light on a main character and his or her motivations, so we get numerous chances to really ‘see’ someone for who they are. It’s easy to create one-dimensional characters to fit the quirky roles each family inevitably has, but the author pushes against that particular stereotype in favour of fleshing out a few people who are key to the plot.

Although this book is about family, the subject of loneliness and isolation is a common theme. When people lust after fame, they tend to overlook or ignore the fact that the life of a celebrity can be very solitary. I can’t think of a more horrible feeling than questioning why your friends are really your friends, and how often celebrities or people of a certain stature are betrayed by those who simply want or expect something from them. Perhaps this is why drugs seem to be so commonplace in the arena of the rich and famous, and why authors who depict even fictional celebrities are likely to include these addictions in their stories.

I stand by my original assessment that this book is a light read for summer, because it doesn’t delve too deeply into the darker issues I bring up here, and the characters are quite funny and empathetic, even though some of them are complete idiots. It’s a cautious look at celebrity and the ways it can affect the families of the famous: those buried beneath the headlines.