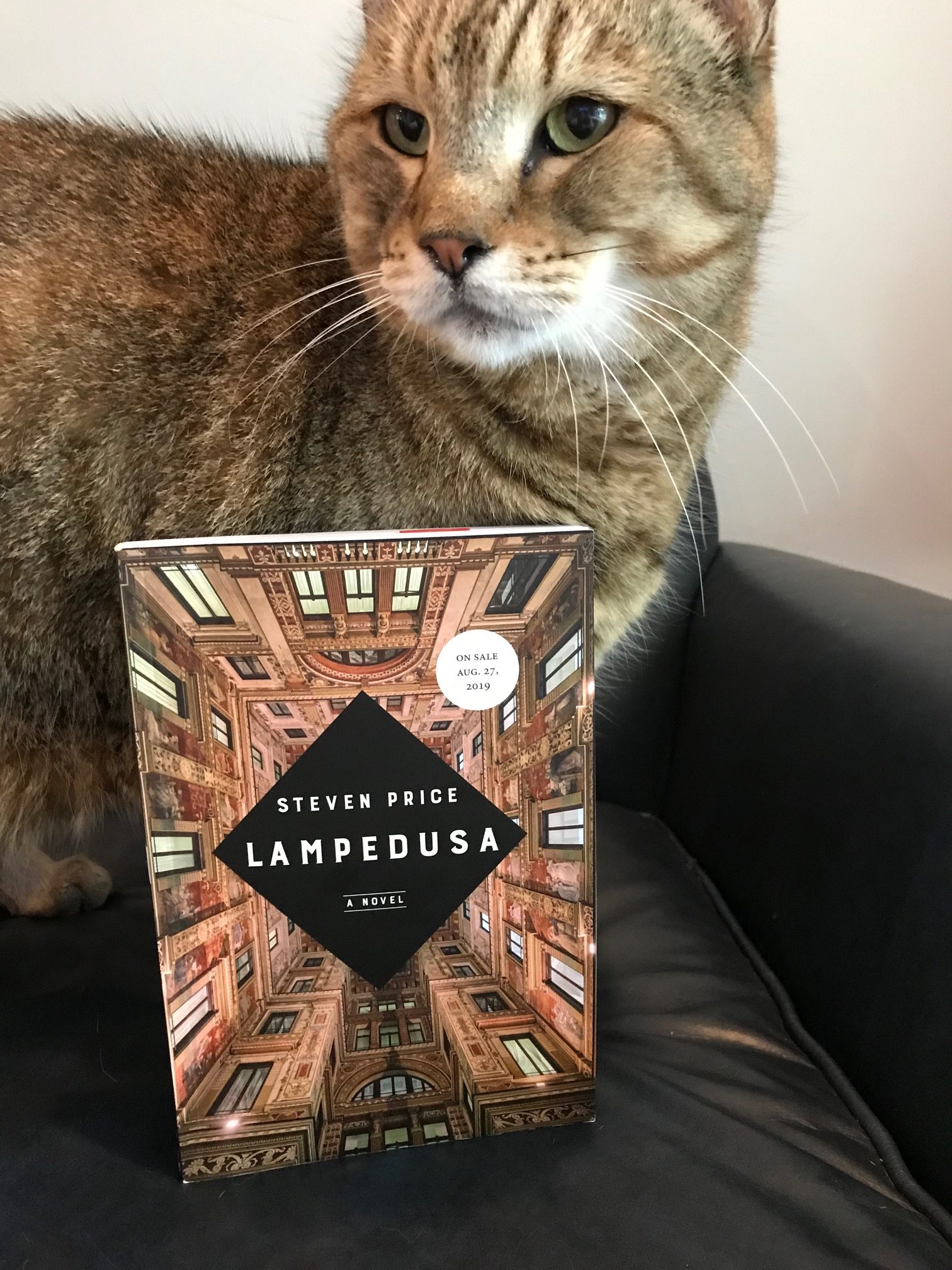 Dear reader; I wanted so much to like Lampedusa by Steven Price. At the time I’m writing this, it was announced as a shortlist contender for the Giller Prize, and because so many people in Canada are forming their reading lists based on this prize alone, I may be one of the few who are foolish enough to point out that this book is boring. Beautifully written, thoughtful and pensive, but utterly snore-worthy I’m afraid.

Aside from wanting to like this book because of its Giller-worthiness, I also wanted to like it because it’s written by the very talented Steven Price. I enjoyed his last book By Gaslight, even though it was three times longer than Lampedusa, and I generally enjoy books written by poets because their writing is unique and thought-provoking. And there are clear moments of delight in this novel, even though it is about a dying man, yet it didn’t come together for me in the end.

Lampedusa is the name of an Italian island that has been in the news lately, as migrants land there fleeing other coasts. But the book is based on a real person, Giuseppe Tomasi di Lampedusa, who wrote a book called The Leopard, which is still enjoyed today, most recently David Mitchell says it “kisses perfection full on the mouth”, among other things. It appears to be one of THOSE books, that you just have to read to understand its brilliance (insert eyeroll here). Price’s book details Giuseppe’s writing of The Leopard and what prompted it, which according to Price’s account, was the fatal diagnosis of emphysema and then lung cancer. A sense of grief hangs over this novel and its real-life story, as Giuseppe’s book was declined by two publishers during his last few years of life, and then published posthumously to great acclaim. Although this is the sad story for many accomplished artists, it’s painful reading about the last few years of someone’s life when you know what the eventual outcome is. Despite this, there is lots of light to be found elsewhere in the book; the setting descriptions will transport you directly to Italy with its sun-drenched alleys. I also appreciated the quiet dialogue between Giuseppe and his second wife which is subtly imbued with the stability of a couple that has loved each other for decades.

Other than the steady and satisfying descriptions, there isn’t much else to say about this book. Our protagonist doesn’t seem to evolve throughout, and the narrative is full of inconsequential inner musings and overly-complicated descriptions of family lineage. I found myself asking ‘why does this matter’ over and over again. Getting through this was a bit of a slog, and although it pains me to say it, I was dying for some sort of plot twist, spicy conversation, or even the dreaded unreliable narrator to shake things up. Unfortunately none of that materialized, so I was only left with a vague sense of disappointment. And because Price’s last book was so beautifully written AND well-plotted, I know this author can do better.