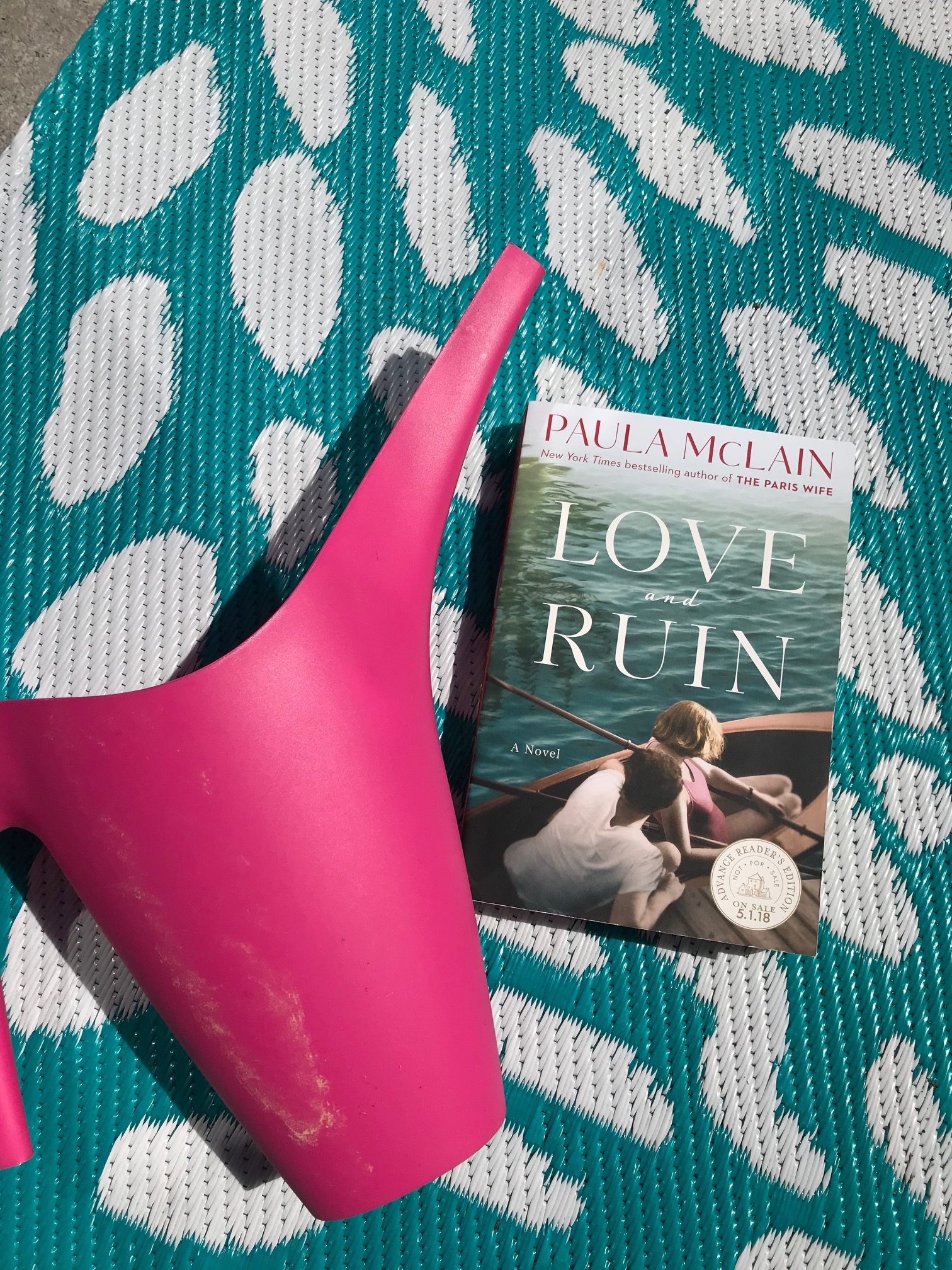 I’ve always been aware of Ernest Hemingway’s ‘not-so-positive’ reputation. I studied him in school, and was vaguely aware he had a bunch of marriages and an obvious drinking problem, so I had always thought of his personal life as a bit dark. Reading Love and Ruin by Paula McLain, a work of fiction based on his third wife, basically cemented the fact that he was a jerk (at least in my opinion), and his macho writing was an accurate representation of how he saw himself in his role as husband, father and famous writer.

But already I’ve started off on the wrong foot, focusing on Hemingway the man when really, this story is about his third wife, and extraordinary writer in her own right, Martha Gellhorn. Isn’t it funny how celebrity can overshadow even the most authentic talent? This book is written in the first person perspective of Martha, and it begins shortly before she meets Ernest, and ends shortly after they break up. And even though she goes on to accomplish many impressive things after their divorce (she was an accomplished war correspondent and fiction writer) we only glimpse into this shorter-than-a-decade period in her life.

We meet Martha when she’s aimless, relatively young and looking to find her purpose after writing a novel that is quickly forgotten. After having strange (and in some cases dangerous) dalliances with married men and strangers alike, she meets Hemingway in a bar in Key West while on a trip with her family. Because she’s beautiful, and a fellow writer, Hemingway takes an interest in her, inviting Martha to Spain in a few months with some other writers to cover the conflict there. While there, they fall in love amidst the violence and death and Hemingway eventually divorces his second wife. And just as a side note, Hemingway’s first wife was the protagonist and narrator of McLain’s previous book The Paris Wife. Anyway, their whirlwind romance begins with an urgency created by the war zone they are suffering through, but once they return to real life and Hemingway’s baggage (physical and emotional) comes with him, it becomes clear to Gellhorn that they aren’t as compatible as they once thought.

I can’t be the only person who read this book with the impression that Gellhorn was incredibly naive. She was the third wife for god’s sakes! For someone as intelligent as she was, how could she be so blind as to what was inevitably going to happen? McLain drops small clues that Gellhorn anticipated how difficult it was going to be, and she was clearly dazzled by him when he turned his attentions from his second wife to his future third, but still, she should have known better AND SO SHOULD HEMINGWAY (trying not to victim blame here). He treated Martha quite badly towards the end, according to this book and his wikipedia page, so I have even less sympathy for him than I do Martha-he was narcissistic throughout his life, and reaching his level of fame clearly made it worse. His only redeeming feature? He loved cats.

Aside from my exasperation with these real-life people, it should be stated that this is a wonderful read. The plotting is well-timed, the settings come to life easily, and the writing is easy-to-follow but still descriptive and pleasingly artistic. Because it focuses on such a short window of time (for a work of historical fiction) I also learned some new-to-me facts about WWII, including the fact that civilians who wanted to see their family members in Europe were dangerously crossing the ocean in ships that had to literally steer around explosives placed in the water by the Germans. This may not be news to some, but I think I just assumed the only people travelling were soldiers? Or that they flew in planes, but commercial air travel wasn’t a thing at that point, so of course they had to go by water, which was exploited by the warring countries as much as possible. Once again, the more I learn about the past, the more I’m thankful I wasn’t there to experience it.

So if you get irritated with love-struck couples like me, you’ll have to suspend those feelings when reading this book, but it’s worth the eye-rolling to get a glimpse into the life of a famous man and his independant, fiery third wife Martha.