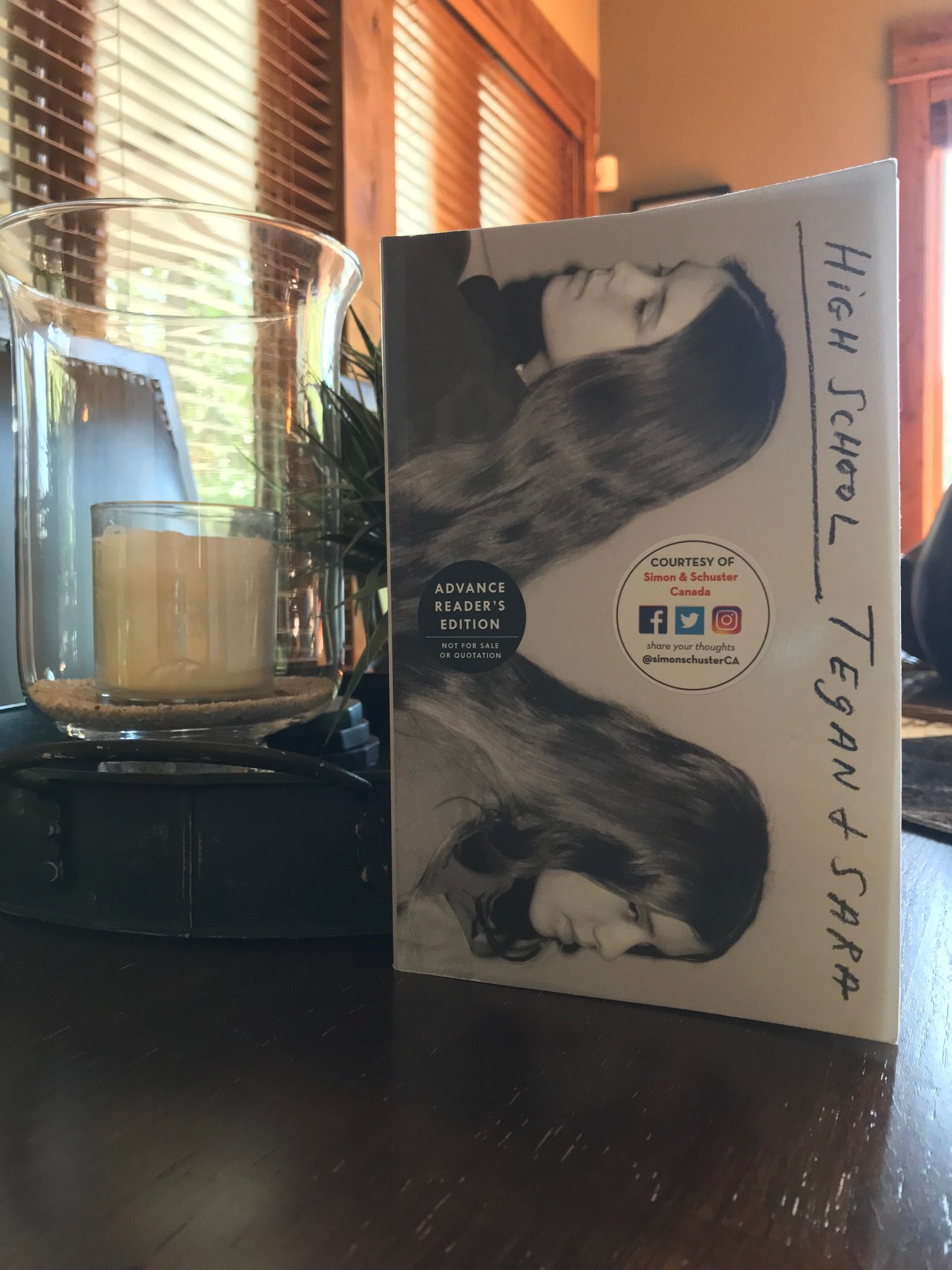 I was first introduced to the music of Tegan and Sara by an old (and short-lived) boyfriend from my university days. He loved them, and their hit song “Walking with a Ghost” was one I immediately added into my playlist. I still have a few of their songs on my iTunes account, and when they release new singles I always find a few I love. The fact that I live in their hometown of Calgary plays no small part in why I am so supportive of their work. Whenever their names are mentioned, someone inevitably pipes up with a story about knowing them, frequenting the same coffee shops as them, having friends in common, etc. Calgarians LOVE Tegan and Sara, but with good reason, as they are very talented PLUS one of the few celebrities who are openly gay and advocate for LGBTQ rights. And did I mention they are identical twins? Not surprisingly, their coming-of-age story High School is full of challenges, but their memoir is easy and entertaining reading.

Aside from a few short chapters of introductions and baby pictures, we follow the sisters for a little over three years, Grade 10 to 12 at their local Calgary high school. Their parents are divorced but amicable towards each other, and they live with their Mom and her partner Bruce, who is like a second Dad to the two. They live a fairly typical middle-class existence, attending school during the week, avoiding bullies wherever possible and hanging out with their core group of friends on weekends. The main challenge both girls face is their dawning realization that they are attracted to women rather than men, and once they come to this conclusion they begin the uphill battle to come out to friends, then parents and family. Luckily, their aptitude at guitar comes much easier, in fact, if this was a work of fiction I would most definitely accuse the novel of being unrealistic because both girls basically taught themselves to play guitar as teenagers and are now rock stars! Some people are just destined for particular career paths it seems…

I loved the fact that photos are included throughout the book because they are so authentic (read; unflattering). Who looked good in high school? A select few, but the majority of us were awkward and prefer to destroy any pictorial evidence of those days. Instead, these women embrace the awkwardness, the cringe-worthy photos and the general disarray that defines our high school years. Surprisingly, their candor also breaks apart the typical twin stereotypes our society operates on; Sara and Tegan fought incessantly as teenagers (and probably still do, to a lesser degree now that they work together) and were viciously cruel to one another when arguing. This sounds par for the course for siblings, but twins? Aren’t they supposed to communicate telepathically or something? When I type that out it seems ridiculous, but the sisters mention in their memoir that they hate answering those ‘twin’ questions in interviews because they seem so dumb, and yet, they keep getting asked the same stuff. There were many times in this book when I felt like rolling my eyes on behalf of the musical duo because they had to deal with so many stereotypes as the media turned their focus on them when they increased in popularity.

So this book will be meaningful to different people for different reasons; Calgarians who follow Tegan and Sara’s career with interest will like knowing their ‘origins’ and reading about different Calgary landmarks and how they integrated with their story. Personally, I loved the story of them seeing Green Day play at the Saddledome; no doubt many Calgarians around that same age will remember that concert! And kids struggling to come out to their friends and parents will also appreciate this book; it’s an honest portrayal of this difficult time but offers quite a bit of hope as well. Parents will be made uncomfortable by this book because there is quite a bit of casual drug use and out-of-control parties. Personally, I still feel like I remember my teenage years vividly enough that I can relate to what the sisters were experiencing; I’m old, but not THAT old. Those who are looking for juicy rags to riches gossip won’t be satisfied, this book ends shortly after the girls begin to get recognition but well-before they reach their current level of fame. But if it’s a trip down memory lane that you’re looking for, High School is the perfect vehicle to get you there.