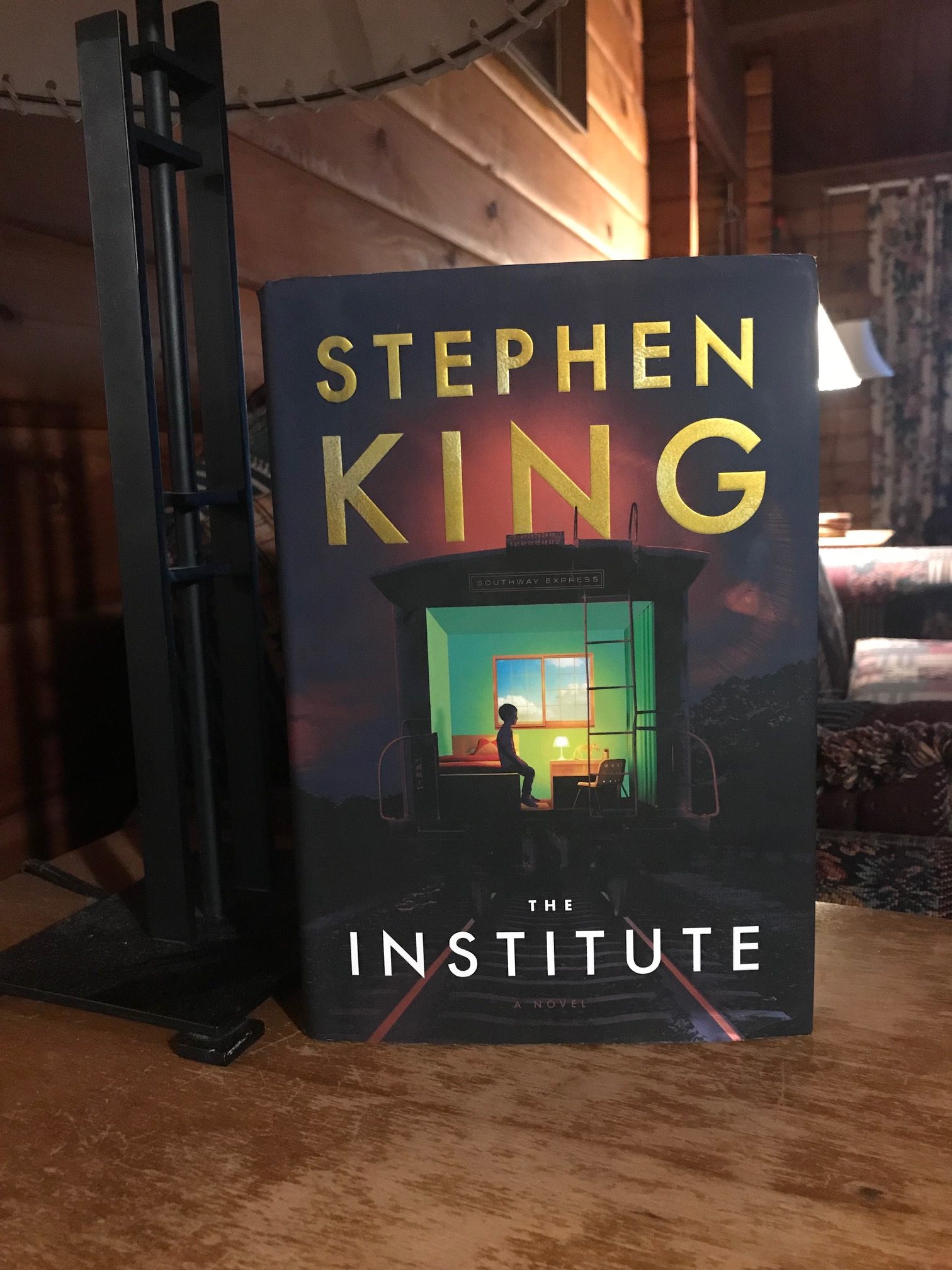 The Institute by Stephen King is the perfect book to mark the beginning of the spooky season, and even though there are no ghosts in his latest release, there are more than a fair share of ghouls that are terrifying enough to haunt your dreams. Fair warning to those considering this as a future read; there are a few torture scenes involving children, they aren’t drawn out or graphic, but if you’re like many people and the idea of kids being treated inhumanely is just too much, you best take a pass on this one. But for those who can’t wait for the latest treatment of IT and other horror stories, and don’t mind a little stretching of the imagination (which is par for the course in King novels of course) this latest won’t disappoint you.

Luke Ellis is a gifted child, incredibly smart, yet still well-rounded and loves his parents and friends. After a few pages of basking in his promising life, his parents are murdered and he is kidnapped by a shadowy government organization that herds above-average children into an institution that takes advantage of their intelligence. Ripped from their homes and dumped into a place that subjects them to medical tests which are sometimes painful and almost always traumatic, these kids slowly begin to develop their intelligence into something more powerful; a type of telekinesis that is weaponized once they have been mentally and physically broken. Far from this depravity, we’re also introduced to Tim Jamieson, a man who makes friends wherever he goes, willing to do just about anything, living a simple life in the tiny town of DuPray South Carolina. It’s unclear how these characters will are connected, but as any seasoned reader knows, their meeting is inevitable.

For anyone who follows King on twitter, you’ll know how political he can be. And signs of this are peppered throughout his narrative, even going so far as people outwardly mocking Donald Trump. And although many readers will appreciate this perspective (myself included), it’s one that will undoubtedly turn off a few others, but when you’re a bestselling author with millions of fans, who cares? It’s your book after all, and if you can’t put your own opinions into the mouths of your own characters, where can you?

The message of this book is decidedly murkier. It goes without saying that hurting children is evil, and the adults that are cruel to their young charges are most definitely depicted as the baddies. However, there is the suggestion that what is happening to them is also for the better of humankind, (this sounds cruel and vague I realize, but once you read the book you’ll understand what I’m talking about). Regardless of the intentions, hurting one group of humans for the betterment of other humans will always be wrong, but I loved the gray area that King forces us into for a fleeting portion of this book.

What I love about the horror genre in general is the desperate search for ‘good in the world’. When you’re immersed in something as scary as this book, the return to your everyday life is a bit of a relief, yet you itch to return to the terror that fills its pages. King does a fine job of helping us sort through the mess, shining a beacon of light onto the people and characters we can trust and place our hope on. So although reading a book that focuses on such horrible circumstances can be disturbing, we relish the moment when good will once again prevail. All is right again, especially when there’s a new Stephen King novel on your nightstand.