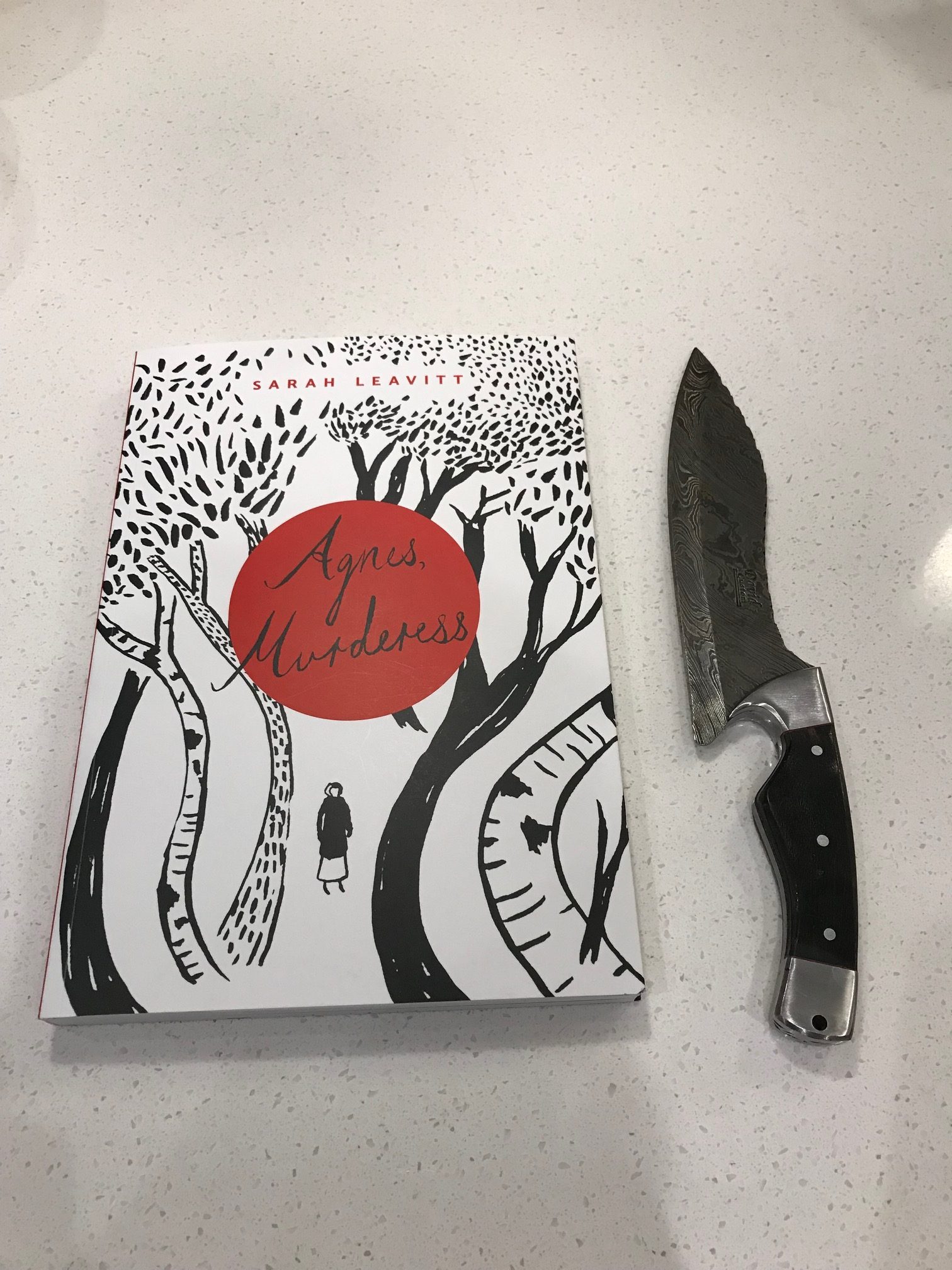 So I know Halloween is over, but I’m the type of person who likes to read spooky stories all year around, especially in the winter when I’m curled up by my fireplace. Agnes, Murderess by Sarah Leavitt landed on my doorstep unexpectedly, so the good folks at Freehand Books must have known how much I like reading about witches and ghosts. I thoroughly enjoyed this one, in fact I read it in-between bouts of reading another book (which I don’t usually do) because I was so impatient to keep following Agnes on her journey to the ‘wilds’ of Canada.

This book is a graphic novel, and it’s a considerable length clocking in at 288 pages. It’s based on a legend about a woman who killed as many as 50 people during the mid-1800s in British Columbia. Finding almost no recorded information about this particular woman, Leavitt went ahead and completely re-imagined her life including what may have led to her horrific actions. From the depths of her imagination and the flourishes of her pen, Agnes McVee was born! We begin on a particularly dark note; the day that Agnes’s mother is being buried. Agnes’s terrible grandmother Gormul is throwing the last remnants of dirt on the body when she notices a locket around her daughter- in-law’s neck and steals it. Thus begins Agnes’s fascination with ‘shiny things’ and the reoccurring curse of stealing gold from other people. Gormul is a nasty old witch (both literally and figuratively), living with Agnes on a completely isolated section of land and blackmailing the local townspeople with the threat of curses if they don’t pay her regularly. She eventually dies and Agnes goes to London, then further to the wilderness of Western Canada during the gold rush. She seeks solitude and an escape from Gormul’s haunting, but Agnes seems to have inherited more than just an uncanny appreciation of shiny things from her grandmother…

This book is brilliant for a few reasons. One being the story line itself; it’s interesting, frightening, and well-paced. The character of Agnes is a complicated one, and even though she commits unspeakable acts we still find reasons to sympathize with her. But there is lots going on in the background too, for instance, Agnes’s belief that reaching Canada will be the answer to all her problems because it is ’empty and undiscovered’. As she quickly realizes upon arrival, Canada is indeed full of people, in fact it has never been empty, it has been inhabited by its indigenous population for centuries. And although Agnes longs for wilderness, she doesn’t care for the affects the wilderness has on other people in isolation; most don’t live up to her expectations of how a person should behave so they pay the ultimate price. Granted, as a reader, you won’t like the ways many of these people act either, as they are living ‘rough’ in all senses of the word.

Having lived in an isolated area with just her grandmother for so long, Agnes experiences a delayed sexual awakening. To add to her timidity, she is suspicious of most men around her and drawn to women and their relative safety. Exposing an oft-ignored part of history, Leavitt introduces a female character that hides her female traits in order to participate in the gold rush, and a queer love story is born out of this thread. But once again, our Agnes continually finds herself on the outside, struggling to escape her past and unwilling to bury her reckless temper. The subtle story lines that run beneath the surface of this book add a wonderful depth to this work of spooky historical fiction, and although it may seem strange to say, I found this book unnerving and pleasing all at the same time.