Book Review: Even So by Lauren B. Davis 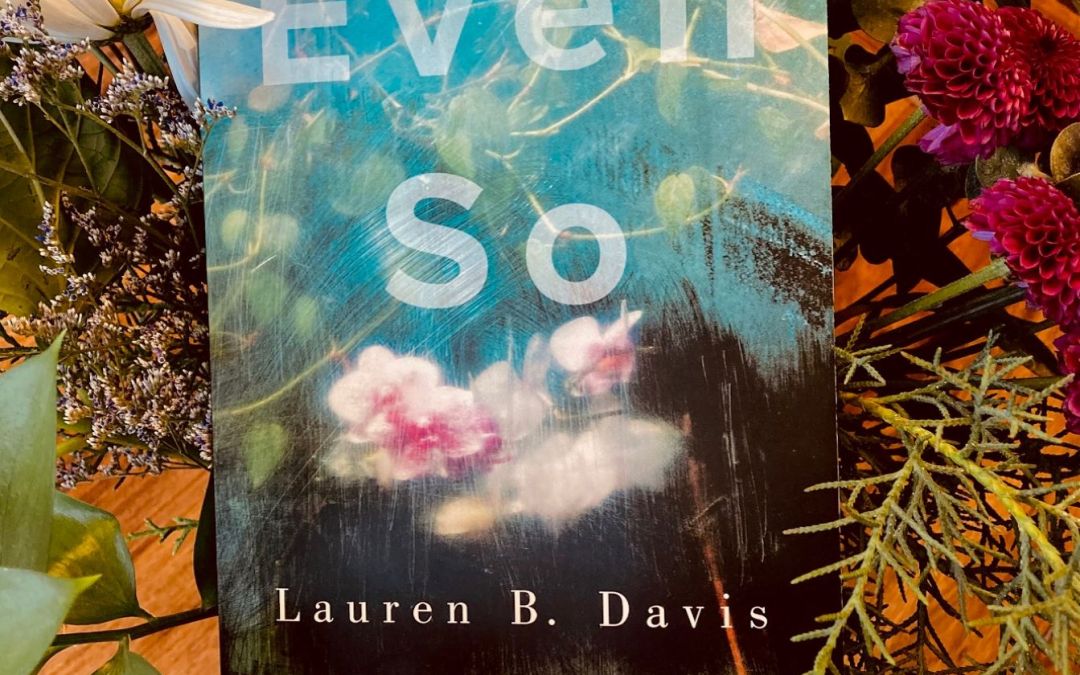 What’s the difference between a good and bad person? What makes a person selfish? Can regularly volunteering at a food bank cancel out the sins of cheating on a partner? Even So by Lauren B. Davis asks all these questions, and although not all of them are answered readers are given a glimpse into the pure and complicated world of unconditional love which regularly blurs the line between good and bad.

Sister Eileen is a nun in Trenton, New Jersey, a town overrun with crime, gang violence, and poverty. She works at Our Daily Bread Food Pantry and helps those who are less fortunate. A volunteer at their food bank, Angela Morrison, is a unique challenge to Sister Eileen. Although Angela is good with the clients, she is often late to her shifts, and when work on a community garden starts, Sister Eileen suspects Angela begins an affair with a male volunteer, Carsten.

We also get Angela’s perspective too; she is married to a wealthy banker named Philip and together they have one son, Connor, who is about to head off to college at an Ivy League School. Aside from her volunteering, Angela keeps herself busy with a personal, custom greenhouse filled with orchids, as gardening is a passion of hers. Things between her and Philip are strained as Angela questions her love for him, and her daily glasses of wine begin to increase. When she causes an accident, her perfectly-tailored life spins out of control, and Sister Eileen is faced with the daunting task of helping her when she becomes the only friend Angela has left.

Both of these women are complicated in their own right; Sister Eileen has dedicated her life to helping others, but she harbours a secret from her own past that eats away at her conscience. Angela contains a multitude of contradictions – on one hand she is clearly trying to help others, even advocating for the poor among her husband’s entitled and privileged friends. Still, her actions betray her narcissism, and one can’t help but feel she’s oblivious to her affect on others. I’ll admit to being surprised at the consequences of Angela’s actions, this book took a different turn than I thought it would, but instead of determining how realistic the plot is, I think it’s much more valuable to explore its impact on the characters and the way we view human nature.

Although I don’t think this book has any specific commentary on wealth, the nuns are a clear example of what it’s like to love and care for someone despite their actions towards other human beings. Not a religious person myself, I nevertheless appreciated this dive into the psyche of a Sister Eileen and the spiritual struggles she goes through, including her loss of ‘feeling God’. She never loses faith, but instead, she laments the inability to hear her God (who, sometimes is described as a ‘she’ in this novel by other nuns, which I really appreciated). She often talks to her own spiritual advisor, another nun who’s incredible compassion and understanding left me with an admiration of Christianity that I’ve never really experienced before. Sister Eileen is often faced with people seeing her as a symbol of the church in a negative light; many people mention the catholic sexual abuse scandals to her, assuming she is evil simply by association, but she handles these situations with grace as well, never excusing or denying, instead accepting and asking for forgiveness.

So I hate to use this word because it’s so over-used, but this book is a meditation on unconditional love, and after reading the last page, it left me with a sense of unexpected calmness. Bad things will happen to us, but we can counteract this anxiety with the fearless attitude of these nuns, and their stubbornness to love despite all odds. Thank you to Naomi and Consumed By Ink for this recommendation – she knows I love to read books based in relationships, and this novel has that in droves!