Book Review: These Ghosts are Family by Maisy Card 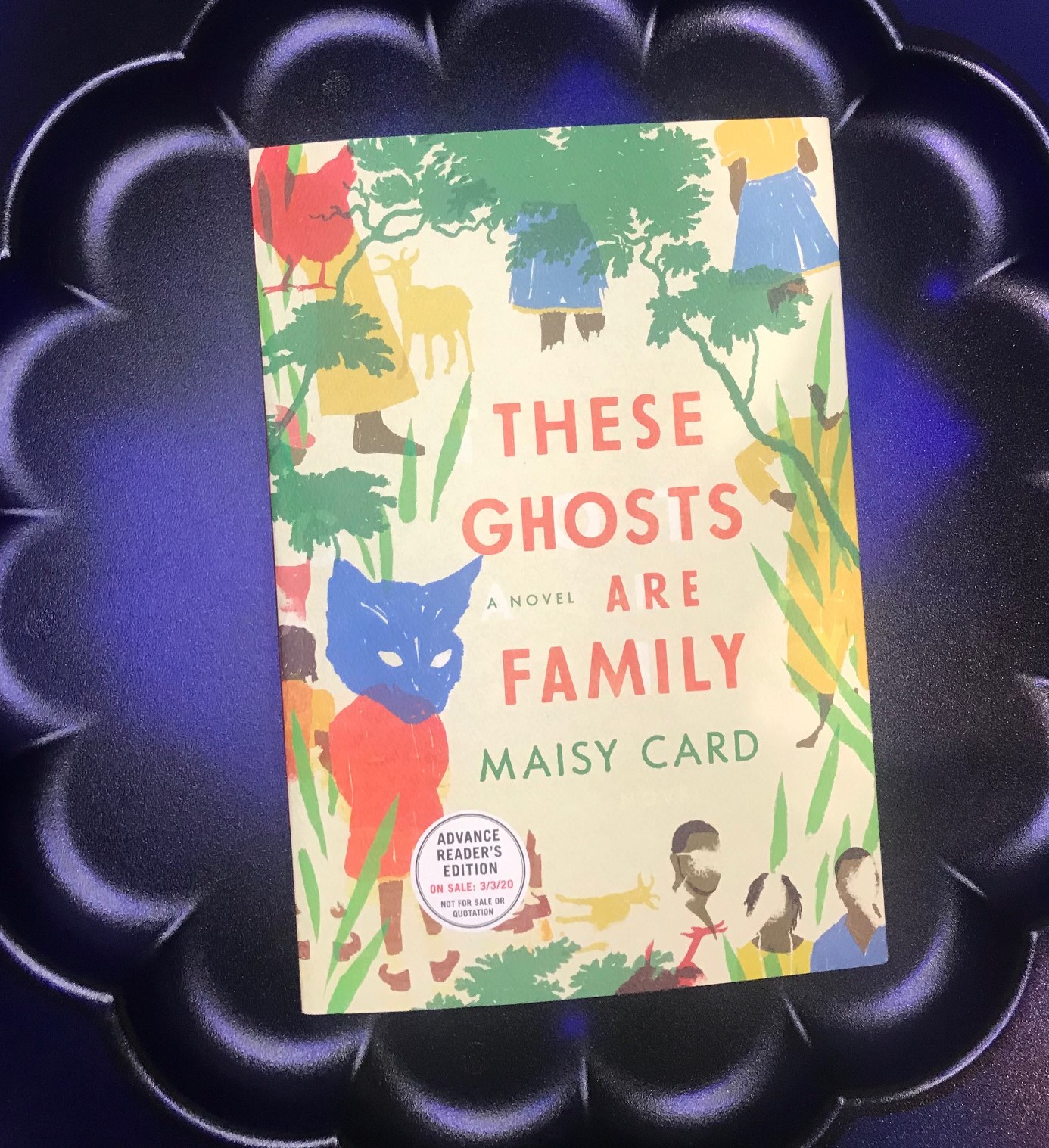 When a book opens with a family tree, you can expect a few things; there will be many characters, there will be drama, and you will have to refer back to said family tree throughout the book to ground yourself in what’s going on. If any of those things intimidate or bore you as a reader, best to turn back now. But for many, a generational saga of this sort is a beloved genre, and These Ghosts are Family by Maisy Card blows open the previous limitations of this kind of writing. There’s so much going on in this book that at times it becomes a challenge to keep everything straight, but despite these momentary confusions it’s well worth your time and attention. And for those of us who are stuck in our houses with only our family to keep us company, this book will be a reassuring reminder that everyone’s family is just a little bit crazy, some more than others.

This particular family tree is messy. The book begins with a nervous confession from Abel Paisley; a man who faked his own death to abandon his first wife and kids in Jamaica, who then goes on to marry another woman and start a whole other life in America. He also cheats on his second wife and sires another child with an additional, third woman. We meet him in 2005, close to death and desperate to make amends. And yet, his actions aren’t as bad as the ancestors we meet later in the story. The Spanish Town slave owners in the mid 1800s are the worst kind of evil, committing the most atrocious acts against the most helpless of people. The brutality they commit stirs up a poison that snakes its way down the family tree, revealing itself in various forms; drug addiction, violent anger, narcissism, and infidelity. There are good people too, but the negative tends to overshadow the positive for most of this story.

Despite the horrible people and challenging circumstances, I don’t view this as a depressing read. In fact, I would expect no less from a book that examines the roots of a complicated family such as this. What family doesn’t have their deep dark secrets or dishonorable members? When a family member can trace their roots back to slavery (either the slave owners, or the slaves themselves) how does the present generation reconcile that history with their current situation? Drawing this complicated connection is what I appreciated most about this book, because so many people have this dark past embedded in their DNA, yet we don’t spend enough time exploring the generational trauma it creates.

Another eye-opening topic this book addresses (eye-opening to me at least), is a particular group of characters who have immigrated to America from Jamaica for a ‘better life’ and their attitude toward those who are left behind. It’s dangerous to read one type of reaction and assume this is how all immigrants from that particular period feel because obviously everyone is different, from this quote was particularly striking:

“It was because of people like him that we’d had to leave in the first place, abandoning our education, our almost-white, brown and high-yellow privilege, and spend all of our money on visas and plane tickets and American clothes, and now we were nothing” (p. 83 of ARC).

These characters left Jamaica as fairly upper-class people who had staff in their homes. When they moved to America, they became the household staff, taking jobs as janitors and nannies. The tension between class distinction and it’s geographical dependency explored in this book is an interesting one, reminding me quite a bit of The Farm, which I read earlier this year.

I would be remiss if I didn’t mention my favourite part of the whole novel; the ghostly elements. Far from a horror story, Card deftly weaves in a ghostly element that continues the flow of the story rather than disrupts it. It infuses the dramatic moments with more weight, keeping the readers at a safe distance but piquing a different kind of curiosity. Learning about the various superstitions and legends was fascinating, lending certain scenes a gothic tone that I savored. You see? There is so much going on in this book, I have no doubt people will enjoy it. Just be warned, there are lots of characters and story lines to keep track of, so keep a pen and paper handy.