Book Review: Woman on the Edge by Samantha M. Bailey 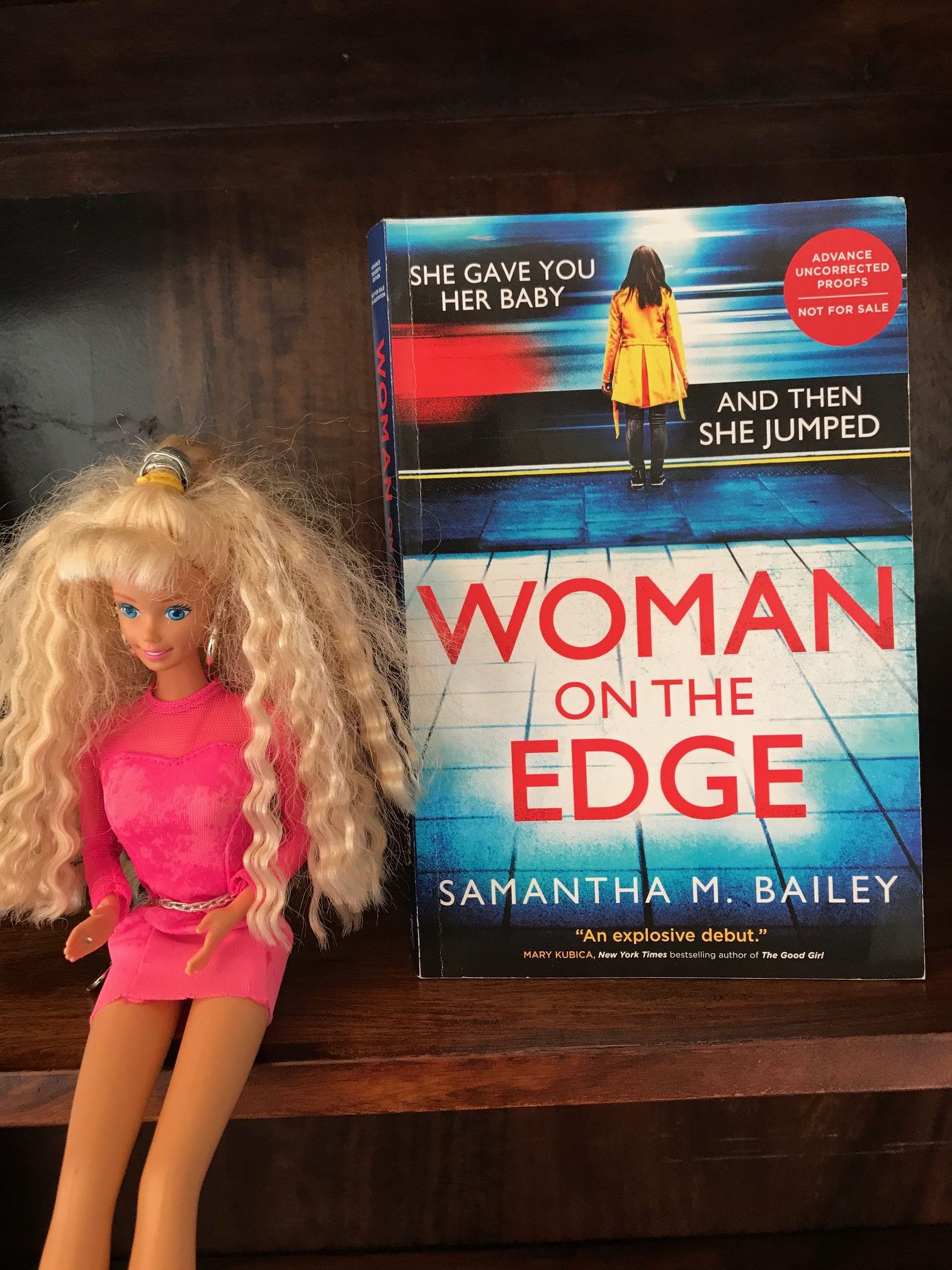 Are you the type of reader that’s affected by book hype? If an upcoming release is getting a lot of attention, does it make you want to read it even more? It’s ok to admit it affects you, that’s why they call it ‘buzz’, it’s so persuasive! Woman on the Edge by Samantha M. Bailey is one of those books; it’s been on the bestseller list since it was released at the end of last year here in Canada and lots of fellow book bloggers on twitter loved it, so I was desperate to find an opening in my reading schedule to fit this one in. It’s hard for any book to live up to this excitement but once I picked it up I raced through it in two days, so I’m relieved to say it was worth the wait.

It begins with a haggard woman shoving her baby into Morgan Kincaid’s arms in a subway station, begging her to keep her child safe. Stunned, Morgan tries to question the stranger, but before she gets the chance, the mother jumps in front of a train, dying instantly. Not just an innocent bystander, Morgan’s got a shady reputation because of her ex-husband’s unethical business dealings, and when it’s revealed the baby’s mother Nicole was a self-made millionaire whose child is set to inherit her wealth, Morgan becomes a murder suspect. There are no shortage of twists, motives and potential suspects in this book, and although I had an inkling of who couldn’t be trusted early on, I still enjoyed the race to the finish and final reveal.

Interrupting Morgan’s present-day nightmare is Nicole’s story, detailing her descent into madness and paranoia only weeks after her baby is born. Although she’s clearly suffering from postpartum depression and psychosis, there are other malevolent forces at work. Once Morgan learns Nicole’s identity, Morgan ignores her lawyer’s warnings and decides to investigate Nicole’s last few weeks alive, desperate to discover what drove the mother to suicide.

Both Nicole and Morgan have been treated unfairly in their lives, and even though Nicole is a self-made success story, her postpartum experience is the most horrifying part of this entire book, probably because it’s such a common but unspoken part of motherhood. Granted Nicole’s symptoms are much more severe than most, but most Moms will be able to relate to the terror of having a newborn baby upend your life. In fact, if you’ve had a baby in the past few months, I’d recommend avoiding this book until you’ve had a few solid months of good sleeps, you don’t want this creepy story seeping into your subconscious.

The book is quite short so it’s light on character development and heavy on plot. But for those looking for a good thriller to keep your eyes glued to the page, an in-depth character study isn’t what you’re interested in anyway. Almost every person involved has a motive or a suspicious past, which is my favourite aspect of this book. I wanted to get to the end to see which person was lying, and as it turns out, all of them are, at one point or another. Still, the gradual truths that come out are believable, so I never felt like Bailey was stretching the possibilities of reality. And, thank god, there is no unreliable narrator in this book, which we’ve been trained to expect when any novel has a titular female character.

Many parallels are drawn between Nicole and Morgan, but the paranoia they both share is what builds tension and drives the narrative, their backstories becoming increasingly less important the further along we go. The atmosphere of this novel is its strongest suit; many authors are working in this genre but so few get it right, so Bailey’s success is clearly due to her steady and propulsive plotting.