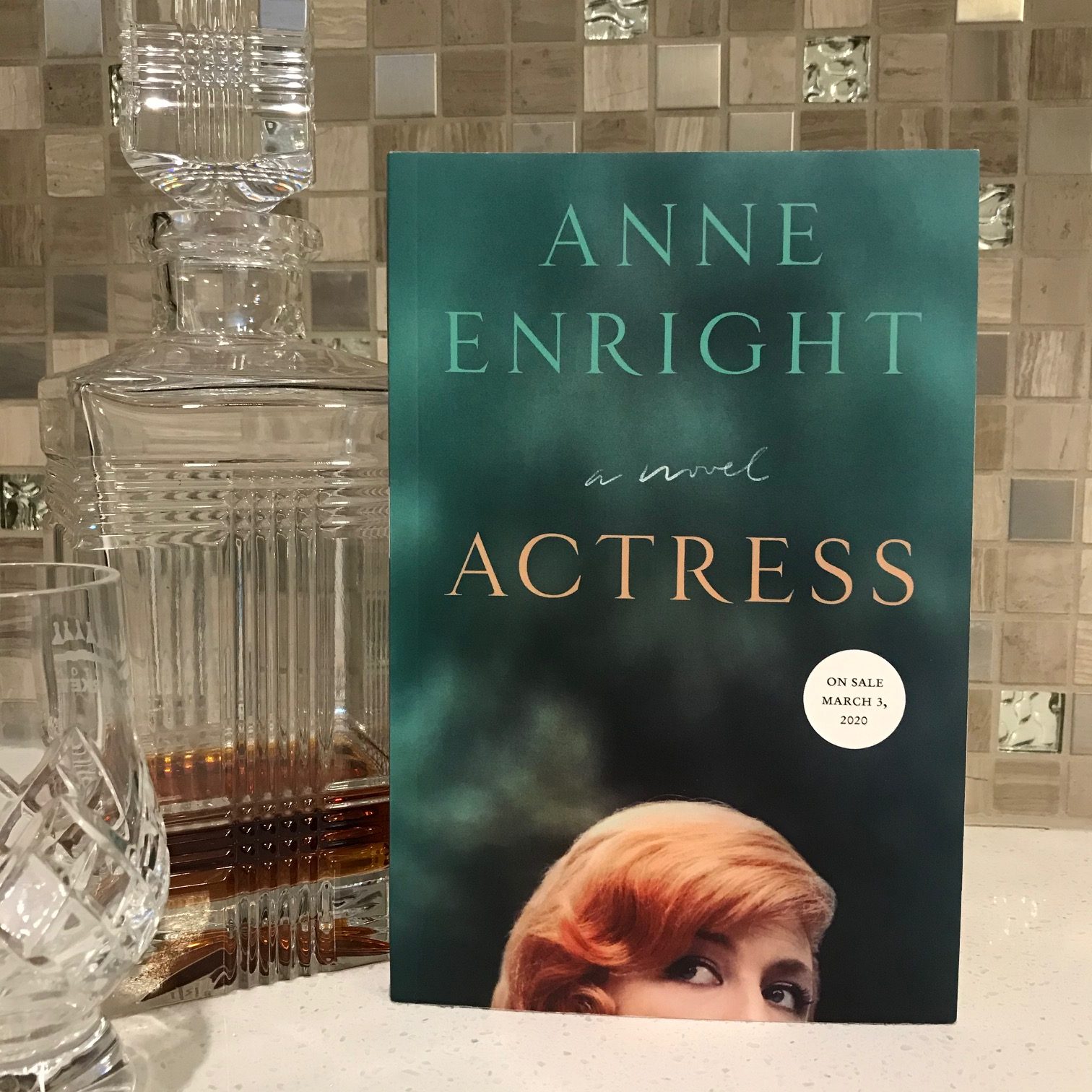 It’s hard to imagine what it would feel like to have a famous parent. I’m sure there are numerous accounts online that I could dig into, but I’d much rather read a fictional account of it; it feels less like voyeurism and more like personal enlightenment when reading about a character as opposed to a real human being (dead or alive). Actress by Anne Enright delves into the complicated experience of Norah, a middle-aged woman plagued by memories and questions left by her mother, the famous Irish actress Katherine O’Dell. Not surprisingly, the book begins with Norah demystifying the larger-than-life character of her mother by spilling some of her biggest secrets; Katherine wasn’t Irish, she dyed her hair red, and she faked her famous Irish accent. The reader is quickly thrust into the ‘backstage’ of the celebrity account; we see everything that goes on behind the scenes, the messes that Norah is subject to as Katherine’s only child.

The timeline is somewhat muddled, which can put off potential readers. We begin with Katherine’s dramatic birth, then follow her along a strange childhood where she begins her acting career shortly before the age of 20. As we observe the inevitable ups and downs of her celebrity, Norah’s life and experiences butt up against her mother’s career so their relationship fluctuates with Katherine’s current successes. As Norah comes of age in the 1970s, her blossoming social life is a threat to her mother, and despite their love for one another, they drift further apart, each clinging to their secrets. Finally, Katherine experiences a mental break and commits a bizarre act that sees her locked away in an institution for a period of time.

We learn all this within the first few pages of the book, so I’m not spoiling anything by telling you that Katherine dies in her sixties, leaving behind a very confused Norah, desperate to cling to whatever memories she can of her mother. Even as an adult and mother herself Norah is asked to give interviews on Katherine, people desperate for new morsels of information on the infamous Katherine O’Dell. Norah’s tenderness extends to one other person only; her husband, who we receive small glimpses of here and there throughout the book. The majority of people in Norah and Katherine’s lives cannot be trusted, so most characters are transient, coming in and out of the plot in short intervals.

For those who aren’t familiar with the author, Enright is a well-regarded writer, she won the Man Booker Prize in 2007 and is generally beloved in both Canada and her native Ireland. She’s a beautiful writer, one of my favourite quotes from the book demonstrates her impressive abilities perfectly:

“And though the land is poor, it looks so rich: the dark gold of gorse set against the chocolate of opened earth, the brown scrub made purple by distance, as it rises into a low set of hills (p. 43 of ARC).

It’s difficult to keep track of timelines in this book; in many cases, Katherine and Norah’s life seems so closely intertwined that it’s difficult to tell what is happening to whom, which I believe is done on purpose. Although they grate on each other at times, they rely on each other too, clinging to one another in the turbulent storm that is the political upheaval in Ireland at that time. It’s a strange mother-daughter relationship, but how could it not be, considering their circumstances. Another theme that ties this book together is the act of becoming a woman, how your mother’s experiences shape your own, and the expectations of women and how these shift over time. There’s so much to pull apart and mull over in this book, and for those looking for a mother’s day gift for this coming weekend, highly recommended!