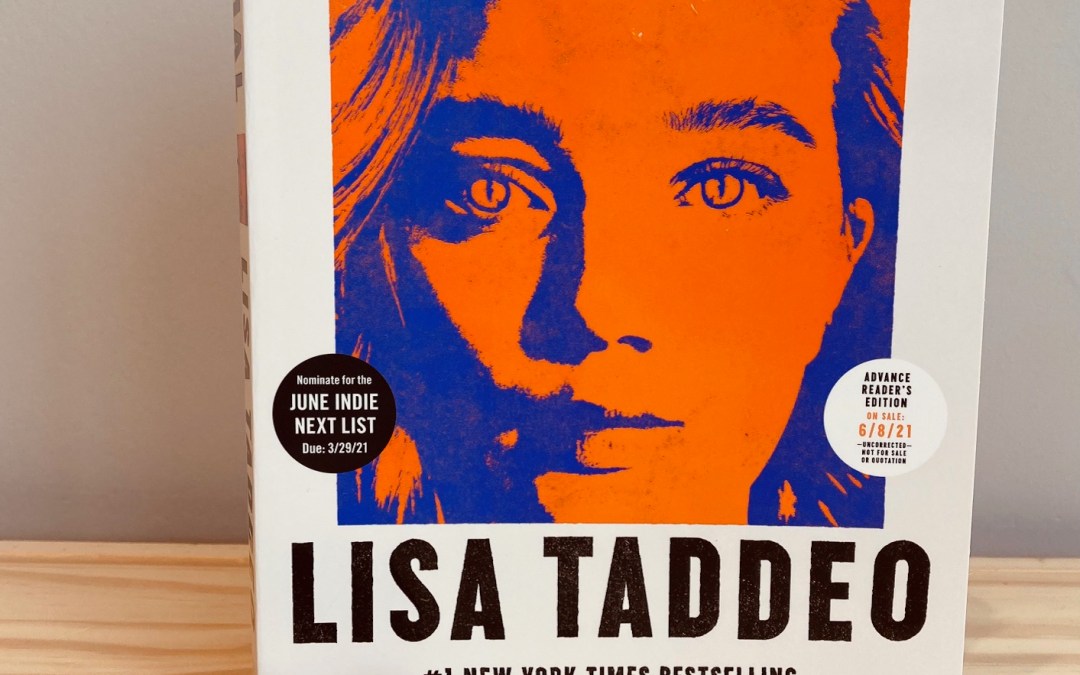 This book begins with a suicide; an aging man, obsessed with his mistress, tracks her down in a restaurant having dinner with another married man, and shoots himself in the face. We learn this in the first paragraph of the book, told bluntly by the first-person narrator and protagonist, Joan. Animal by Lisa Taddeo is a novel full of violence, sex, and power struggles. Having read Taddeo’s first book Three Women, which is also about women and their sex lives, I knew I would enjoy Animal, because she deals with many of the same themes, although this second book is different because it’s fiction. This novel isn’t for everyone, it embodies a certain female rage that will no doubt scare or disgust others, but I loved it. Taddeo is becoming one of those ‘read everything they’ve written’ kind of authors for me, so even though this book was just released last month, I’m already hoping she’s got another coming out soon.

Joan moves from New York City to Los Angeles to escape the aforementioned horror that she witnesses while there. She packs up her dead parents ashes, mementos of her old life including fancy furniture that men have purchased for her, and a white dress symbolic of both her strength and her weakness – she wears it constantly, and in the end of the book, it gets altered forever. She is renting a sauna-like house in a canyon, with an attractive young man living in a yurt on the same property, and an aging landlord who is grief-stricken by the death of his wife, who also lives on the same property in a tiny structure resembling a garden shed. She is in LA to track down a woman named Alice, a beautiful yoga teacher who she is both obsessed and disgusted by. They become friends, but Joan keeps her motives hidden, pretending they are strangers. Everything in Joan’s life can be traced back to the relationship she had with her parents, the way they died, and what happened to Joan the day before their death. Her self-destructive behavior is shocking to read about, but understandable once we discover what happened to her as a child. She has Mommy and Daddy issues, which drive her relationships and interactions with potential partners as an adult. It’s not a spoiler to tell you that at one point she murders a man, because the book is marketed with this plot point, but you will be surprised when it finally does happen.

There’s many reasons why I raced through this book the way I did. The writing is visceral, it pushed me through the pages and its stark honesty is surprisingly entertaining. Joan would mention the beauty of the sky at sunset, or the way something smelled, but then explain the fact that she needed to snort cocaine through rolled up monopoly money because she was otherwise broke. The memories of her parents before they died are at once heartbreaking and heartwarming because she is so conflicted over the way the felt about them. She adored her mother, but her mother also withheld her affection from Joan, which pushed her closer to her father who could also remain distant for reasons that weren’t explained until later. All of this imprints itself onto her as she ages. She finds beauty in the most terrible things, which can really be seen as a metaphor for the entire book:

Somehow, because of how much warmer by father was on the whole, I think I metabolized it to mean that men can ruin you in wonderful ways, like lurid, bright white jawbreakers with beautiful rainbow specks. (p. 154 of ARC).

Perhaps you’ve already come to this realization through the books I choose to write about, but I am finding myself more often seeking out books that discuss the gender divide. In my personal life, I am regularly meeting people who use the they/them pronoun, so in some ways, gender is becoming more fluid in our society, which I am happy about, because the discussions around gender are becoming more inclusive. However, as I get older, and move further into motherhood, I also see an even greater divide in the genders, and Taddeo’s writing really does highlight the differences between men and women, and what it’s like to move through life as a woman. The men in this book act selfishly, sometimes with nefarious intentions, but usually with simple narcissism only. The ways they each go about pursuing their own pleasure, regardless of the consequences, is what destroys Joan. In some cases she could have prevented it, but in most, she could not. On the surface, Joan is a user, getting together with married men while they buy her lavish gifts and take her to expensive restaurants, but as their relationships continue, it’s clear that she is also being used, but she does not have the same safety nets.

The plot of this book intensifies as it draws to a close, and some may complain that it gets a little hard to believe, that not all these things could happen to one woman. Sadly, I believe the opposite is true – this kind of tragedy can inflict one person alone, but people like Joan rarely get a voice that people listen to with earnestness. I’ll be pushing Animal into the hands of all my girlfriends, just like I did with Taddeo’s first book.