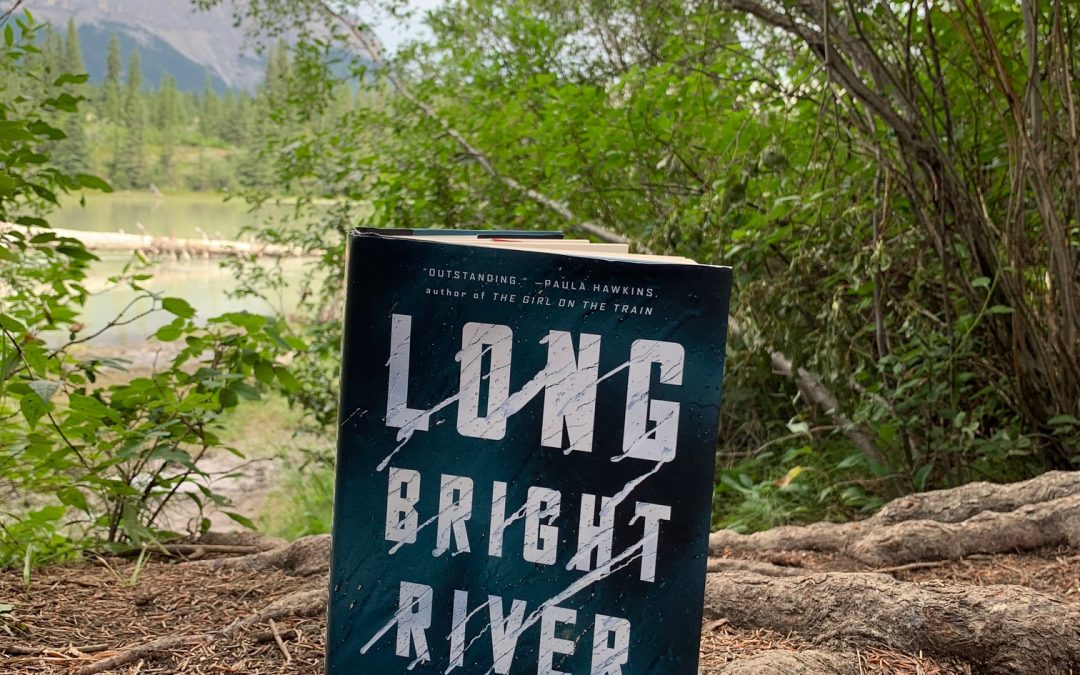 This is the second book about opioid addiction that I’ve read in the past few months. Although that seems a bit strange, we are learning that in the background of the Covid-19 pandemic, an even bigger problem is looming, killing more people than ever before: drug overdoses. Long Bright River by Liz Moore is both a police procedural and a family drama, exploring the devastating affects of addiction on not just the afflicted, but the web of people they are connected to. Surprisingly, this book also deals with another timely issue, and that is the growing distrust of the police. Published in January 2020, there is no way Moore could have anticipated the horrors that we’ve endured since then, but this is the beauty of books; they highlight a society’s psyche at one point in time so we can continue to learn and improve ourselves based on snapshots of the past, even when the ‘past’ is just a few months ago.

Mickey is a young(ish) female police officer with a 4-year-old son. She can no longer rely on child support payments, so she struggles to pay the bills and find safe, affordable childcare while working her full-time job patrolling the streets of Kensington, Philadelphia. Mickey has a younger sister Kacey who has been homeless for years, addicted to various drugs, selling herself to get another fix. Kacey ‘works’ the same streets that Mickey does, so on occasion, Mickey has hauled Kacey in to the station herself, keeping their relationship a secret from the prying eyes of the other officers on the force. Caught between protecting her past and personal life, and navigating the stigma that surrounds the addicts on the streets, Mickey wants desperately to help her sister and still keep her job and son safe, but when Kacey goes missing and a string of murders hits the Kensington neighborhood, Mickey is forced to question who she can really trust as rumours about crooked cops persist.

I love a good mystery, but as I hinted above, this book is so much more than that. It’s dealing with a political hot-potato that divides many people: the treatment of addiction, addicts, the legalization of prostitution and its accompanying drug use, and its affects on the wider community. Mickey and Kacey are such different people, yet they come from the same broken home, and this undeniable connection works both for and against them. As the book continues, and some genius twists are revealed (I never saw them coming, and they made complete sense once revealed!) we learn how close Mickey and Kacey truly are, while we see different sides of people we once thought we could trust. Aside from exploring the depths of family bonds, this book also touches upon the fragility of child care in urban centers, the loneliness of being a single parent, and the tenuous line between love and reliance. Mickey is a complicated central character, yet she was so well-drawn that every aspect of her life seemed believable. At times it truly felt like no one could be trusted in this novel, even Mickey herself. It’s dark, but has such a finely-crated plot it is a pleasure to read.

Reading this book as a parent is especially difficult as child neglect seems to be a running theme. Mickey and Kacey’s mother dies of an overdose when her daughters are young, and they are taken into the care of their grandmother Gee, who is not only mourning the death of her own daughter but resentful of this new responsibility dumped in her lap. Fathers abandoning their kids happens generations after generation, and Mickey views the stable nuclear family as a different species, one she’s had little contact with. When she comes across a mother who refuses to let her kids eat McDonalds at a birthday party, Mickey is incredulous because she simply can’t fathom that type of motherly concern. In fact, Mickey is jealous of the kind of care this child is receiving, and the kind of love they are eliciting from another human being. Mickey loves her son, and is intent on giving him the life and care that she never received, but with little support, she’s forced to leave her child with a babysitter she knows isn’t the best, which makes my heart ache in a way it never could have before I had children myself.

There is a moment near the beginning of the book where Mickey runs into an older, favourite teacher of hers while in uniform. As they come closer, Mickey recalls a particularly passionate speech this African-American woman once gave to her class about the L.A. Riots and their importance.

“–Michaela? she said, tentatively. Is that you?

After a pause, I replied, No.

Like I said: a coward. Unwilling to explain myself, to stand by my own decisions. I had never before been ashamed of being an officer. In that moment, for reasons I find difficult to explain, I was (p. 118).”

Although many would never admit it, I suspect many police officers have had this internal struggle at least once in their life, and no doubt this conflict may become more and more common as police brutality is further exposed and called out. I have a friend who is a police officer, and he’s one of the nicest people I know, but as we are all aware, there are bad apples everywhere, in all industries, that ruin it for the ‘good guys’ like my friend. The lack of women and masochistic atmosphere of policing seems to be the issues blamed in this book, but the way these ideas are presented is both intelligent and unbiased. Moore opens up the beginnings of a few conversations I suspect we will be having more and more these coming months and years, which is just one of the reasons you should read this nuanced book, a stand-out example of what the mystery genre should aspire to.