Book Review: The Ghost in the House by Sara O’Leary 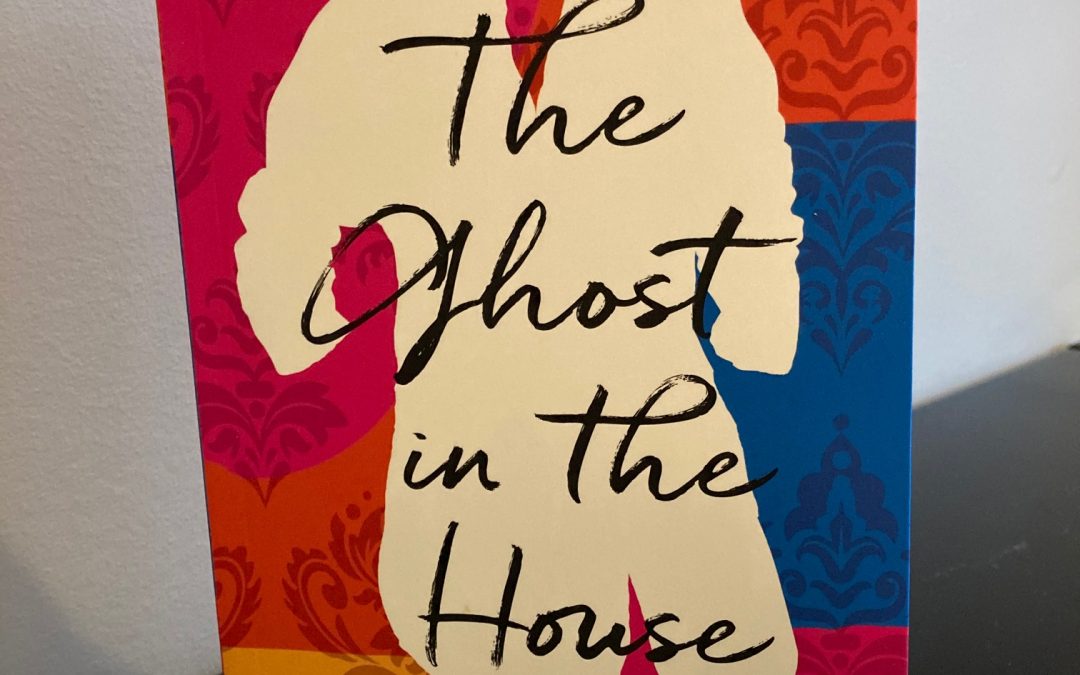 Imagine my delight when realizing the author of my favourite children’s picture book had penned a novel for adults! I didn’t care what the topic was, whether it was fiction or non-fiction, I wanted to read it right away, and I’m relieved to say I loved it just as much I loved her writing for little ones. The Ghost in the House by Sara O’Leary is an unexpectedly emotional book tinged with just enough humour to make it an enjoyable read, despite the dark subject matter. Life is serious, but our reactions to it don’t have to be!

Fay wakes up on top of her piano, and she’s wearing only her husband Alec’s white shirt and a string of pearls. As she moves throughout the house, calling to Alec to see where he is, she realizes he can’t hear her. And things seem to be missing, or moved around. And why does Alec have white hair peeking through his sideburns? It doesn’t take long for Fay to realize she’s died, and despite all rational thought, it seems she is now a ghost, haunting her house. To make matters worse, Alec has remarried a tiny blonde woman who seems about half Fay’s age, and this woman has a teenage daughter who’s in desperate need of some motherly intervention. Shifting between touching, grief-tinged moments and hilarious observations about the complications of dying and witnessing your family and friends move on without you, this novel grabbed me right from the beginning. It’s also very short, with some pages including only a single paragraph, abruptly ending and starting again in the future. O’Leary imagines being a ghost in the way you would expect; broken up, time no longer a standard measure but a fluid experience, abilities and senses hindered and exaggerated at random. Her guess is as good as any, yet Fay’s ghostly experience seemed believable, allowing the reader to quickly settle into the ‘new normal’ and enjoy the story as it’s meant to be.

Obviously I’m a little biased, and if you read my review of her children’s book (or listened to me sob about it on the radio, which is an embarrassment I’m sure I’ll never live down) you’ll see why. O’Leary pinpoints both the joy and sorrow of being human here. Our hearts break for Fay because she seemed so happy, her love for Alec so authentic and perfect. It’s a tragedy that she dies in her late thirties, unable to fulfill the many dreams we come to learn about, including the quirky ones like completing doll house kits. And yet we hold out hope for her, because if she’s come back as a ghost to haunt her husband, surely she has some other task to complete before she passes on to the other side? And no, her reason for coming back isn’t to simply terrorize her husband’s new wife (although she’s a cheeky ghost, so she does do a bit of that too, who wouldn’t?).

The self-deprecation that Fay participates in is what steeps this book in humour. Instead of an all-knowing ghost who takes herself too seriously, she realizes early on that she has very little clout in the ‘real world’, except for the very strange fact that Dee, the new stepchild, can see and speak with her. Although childless, Fay feels a motherly pull towards this girl, and wants to help Dee when it’s clear she’s struggling with the new living arrangements. Fay catches Dee cutting herself, and attempts to put a stop to it, ghostly form and all:

She spends several minute examining the cuffs of her shirt as if she’s written answers there to questions she’s still waiting to be asked. I watch her and think how badly we are put together.

Dee doesn’t take Fay seriously, and neither does Fay, but that’s what makes this story so appealing to me-the absurdity of it all. Instead of being terrified of this ghost, Dee puts up with it, and Fay puts up with this new stage of her ‘life’ that doesn’t make any rational sense.

In addition to my admiration of Fay, I enjoyed revelling in the portrait painted of her successful marriage to Alec. There’s many flashbacks to her pre-death life, and it’s clear they were desperately in love, respectful of one another, and all together a good match. Although it doesn’t make for spicy reading, it was nice to observe this good, pure thing that their relationship symbolized. And of course, her obvious happiness makes her death that much worse, a gut-punch to not only her husband but the reader as well. The idea that people come back is ghosts is actually a comforting one to me, and I hope others feel the same way when they pick up this book. Although it’s about death and the ensuing grief, The Ghost in the House can offer a sense of optimism in the places you’d least expect it.