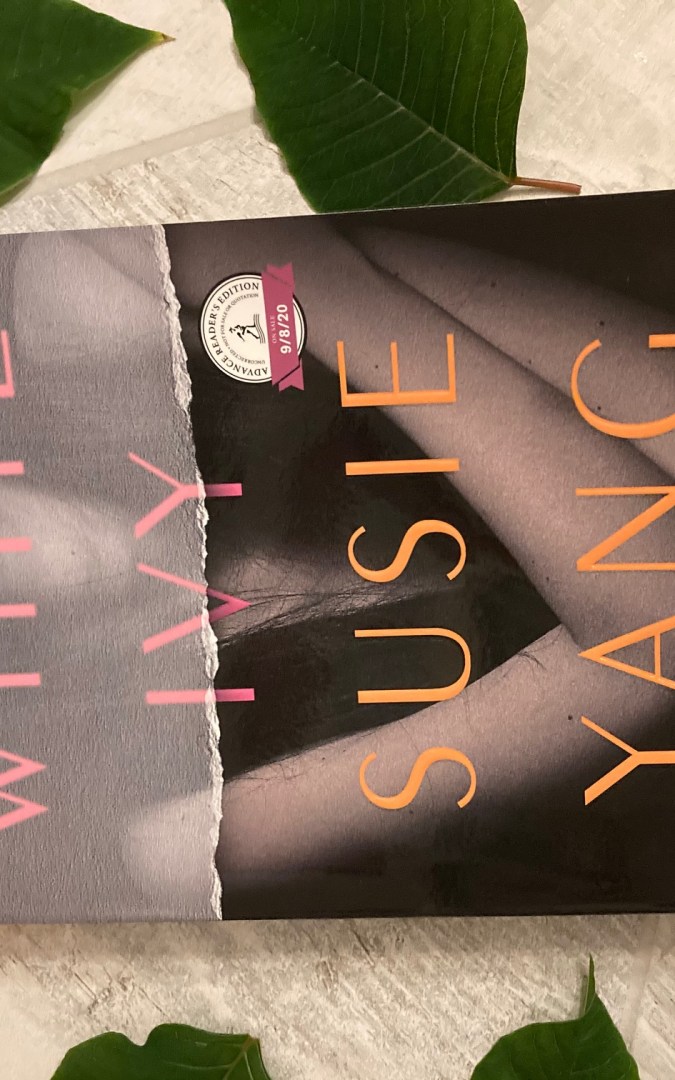 I’ve been so excited to dive into this debut novel since it landed on my doorstep a few months ago, and although I thought it was going to be a book mainly about race, wealth is the true focal point of the story. White Ivy by Susie Yang has been compared to Little Fires Everywhere by Celeste Ng, which was why I thought this book would be about racism more than anything (full disclosure, I haven’t read Little Fires, I’ve only seen the miniseries!), but both books move within the realm of domestic thrillers, which is something everyone seems to reaching for these days. And don’t worry, this book does not have an unreliable narrator. She is female, but she doesn’t keep some deep dark secret hidden until the end; both the narrator and reader remain on an even playing field throughout the story.

Ivy Lin is born in China, but moves to America when she’s 5, growing up in a small apartment with her mother, father, younger brother and grandmother. She’s embarrassed of her parents, her culture, and the little money they have. When her father gets a job at a local private school she is given free tuition to attend, and here she meets the boy who becomes a major crush, Gideon Speyer, a wealthy white teen who is also kind and attentive. Ivy becomes obsessed with Gideon, and when a few years pass, they reunite at a party and begin dating. As perfect as their relationship seems on the outside, it’s obvious to the reader that Gideon is not the perfect boyfriend Ivy believes him to be, especially when he returns her ‘I love you’ with ‘I care about you deeply’. Ignoring these warning signs Ivy continues to work her way deeper into his life and family, desperate to shake off her ordinary existence for the sparkling life Gideon and his circle promises. When a man from Ivy’s past reenters her life, he offers her passion and danger, two very obvious things missing from her current relationship with Gideon. Even though the ‘right’ and ‘wrong’ paths are so clearly set out in front of Ivy, she chooses to ignore what is so obvious to us readers.

The description of the book calls Ivy an ‘antiheroine’, which she most certainly is. Despite the cruel way she treats some people, her struggle is one we can all relate to in some point in our lives; embarrassment about our current circumstances and a desire to change them. In fact, her drive to seize the life she wants is an admirable one, but the way she goes about it is not only odd, but frightening, especially towards the end. Although I grew frustrated at her complete lack of awareness around Gideon’s intentions, her deliberate internal dialogue doesn’t seem unhinged, in fact, her love for Gideon is a fierce kind of love that many people seek. Her view of Gideon is completely untarnished, he is barely human in her eyes;, instead he is a milestone she must aspire to. She becomes disgusted with herself for her lack of drive, and attempts to become a lawyer by writing the LSATs simply because she admires another woman who has done the same. On one hand that seems crazy, but on the other, I think many people follow these whims when plodding down their own life’s path. So although this book is labelled as a thriller, I can easily see it playing out in real life, people so desperate to attain the life they want they blind themselves to everything and everyone else around them.

Early on in the book Ivy develops a stealing habit as a teen, and she prides herself on how well she can lie. Because I’ve read so many books where the main character turns out to be completely crazy (and an unreliable narrator) I was expecting this novel to unravel in the same way. Instead, Ivy is honest with us, the reader, and we can believe everything that happens is as described, but she lies to herself and those around her more often than not. I loved the fact that this novel reversed that so common trope and made the reader one of the insiders, which was why I felt so loyal to Ivy, even when she was being devious. when Ivy’s actions turn malicious, I couldn’t help but root for her, possibly because I had experienced her painful childhood alongside her, but also because she chose to include me in her reasoning and secrets, enfolding me into the special club only she was a member of.

Because Ivy is so desperate to slot herself into this Waspy family, she’s forced to keep her emotions in check, never becoming too passionate or upset. Making any kind of ‘scene’ is almost forbidden in her eyes, but she’s also extremely perceptive, so again we are treated to her inner musings, one of the few instances of self-reflection in this book. Here she is noticing how much power an attractive young male doctor is afforded in his hospital: “Standing in a deferential line, two feet behind him, was an entourage of nurses, residents, students. Every place where humans gathered, there would be a food chain. Someone had to be on top (p. 279 of ARC).

There are no long and drawn out descriptions or scenes, and the plot clicks along at such a rate that I hardly noticed the pages turning. I’m not surprised this book has emerged as a ‘must read’ this Fall, as Ivy pushes her way into a glamorous life that only few of us are privy to on a regular basis. Yang has taken a overdone genre and given it new life, which is a wonderful reason to keep picking up these thrillers that seem to be taking over my bookshelf of late.