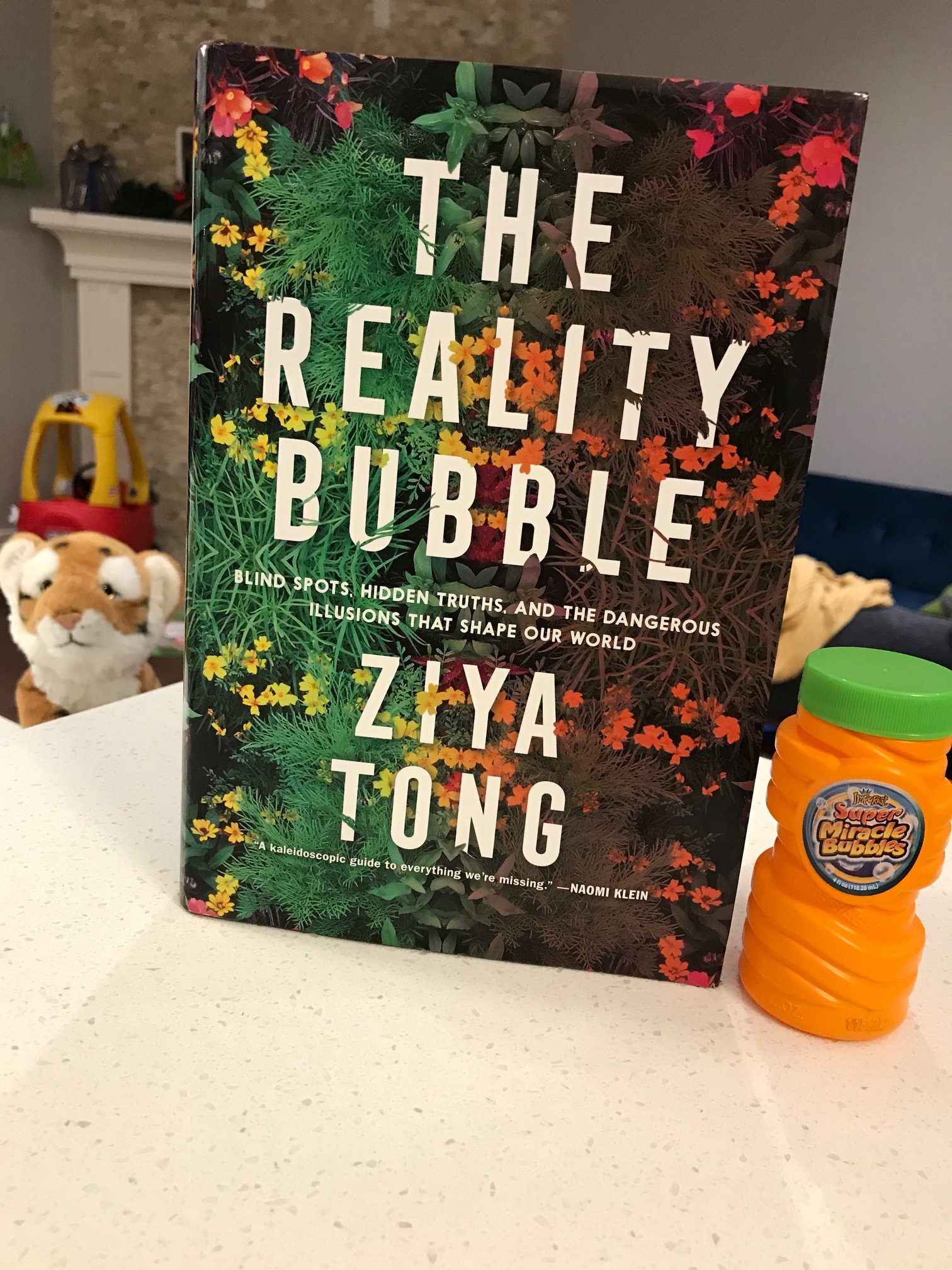 If you want to read a book that will truly horrify you, I recommend The Reality Bubble by Ziya Tong. It packs a scary punch, and not the kind of spooky Halloween-y read I typically recommend to frighten people. No, this book will terrify you because it highlights how much we don’t know or understand about our environment and the systems we find ourselves in. The premise of the book, and what’s meant to tie together everything that Tong uncovers, is that our modern society blinds us to very specific processes, while other places and people are constantly visible. GPS signals allow us to locate just about anyone, anywhere, and yet, we have no visibility into where our waste goes. We want to chat with the farmer that’s harvesting our carrots, but does anyone want to see into the slaughterhouse that feeds Costco’s meat refrigerator? It’s these discrepancies that Tong points out in an effort to motivate us to think outside ourselves and what we see on the surface.

She begins the book by speaking about our connection with the natural world; how our cells are connected to those of nature, the similarities between us and animals, and some fascinating random facts, including the point that dragonflies see in slow motion! (page 78). Another interesting fact; liquid leftover from whey in cheese-making is used to generate the town’s electricity in the town of Albertville, home to 1500 people. Further to that, Tong discusses the different sources of energy the world’s grid is powered by, a topic particularly relevant as wars (physical and verbal) are fought over where our future focus and investment should lie. But this book is so unsettling because it’s not just a result of some great research, it points out things that are widely known but that we’d rather not acknowledge. For instance;

“our worth–and how we (sic) much we sell our time for–more often than not has less to do with our intelligence, work ethic, or inherent abilities and more to do more (sic) with where on the planet we are born (p. 221).”

She goes on to compare how much Jeff Bezos, the owner of Amazon earns each hour (even when sleeping) vs. how much someone in the ‘untouchable’ part of India’s caste system makes cleaning out latrines. Not surprisingly, it’s a disgustingly large discrepancy. Another money-related fact; “the richest forty-two people on the planet have as much money as the poorest half of the world’s population. That’s forty-two individuals with the wealth of 3.7 billion people” (p. 307). Feeling uncomfortable yet?

There are three main sections in the book, each a different ‘blind spot’ for humans: biological, societal, and civilizational. And herein lies my one complaint with the book; it’s scattered. Although she’s organized her argument into these three areas, the reasoning behind that is lost on me, and most likely other readers. This book could benefit from a paring down of topics. It’s clear what Tong is urging us to do; ask questions, think strategically about where you spend your money and time, and take action to protect the planet, but I hoped for a more cohesive argument, or at least a stronger summary at the end to keep the momentum going after I finished it. Certain threads were also dropped, things I wanted to know more about, but if she had gone into any more detail on any of the subjects, the book would have spilled into a 400 or 500 page territory. For those who aren’t scientists but interested in reading an accessible book based on science (which this most certainly is), that kind of page count would likely dissuade readers.

For those who don’t like a didactic read, they may struggle with this book. Tong has clear beliefs and messages which may irritate or isolate people, mainly, those who don’t believe that climate change is exacerbated by humans. It’s unlikely that an audience like that would even pick up a book like this in the first place, but we can always hope that fact-checked books released by major publishers with an obligation to provide their sources may help turn the tides of opinion. At the risk of sounding didactic myself: get off youtube and pick up a professionally-published book, it’s a much more trustworthy source! Except if you’re watching my book review channel, than by all means stay on youtube.

Despite my criticism of the book’s format and organization, I still recommend this read. I understand the comfort in living and consuming like your bad habits don’t affect anyone but yourself, but this idea is increasingly becoming harder and harder to believe as thousands of scientists join the call to action for people to make a change to their lifestyles. Tong is yet another voice making an urgent plea for change, but if people aren’t willing to read a book that contradicts their previously-held beliefs, how will we improve anything? I’ve said it before, and I’ll say it again; read books that make you uncomfortable, it’s worth it.