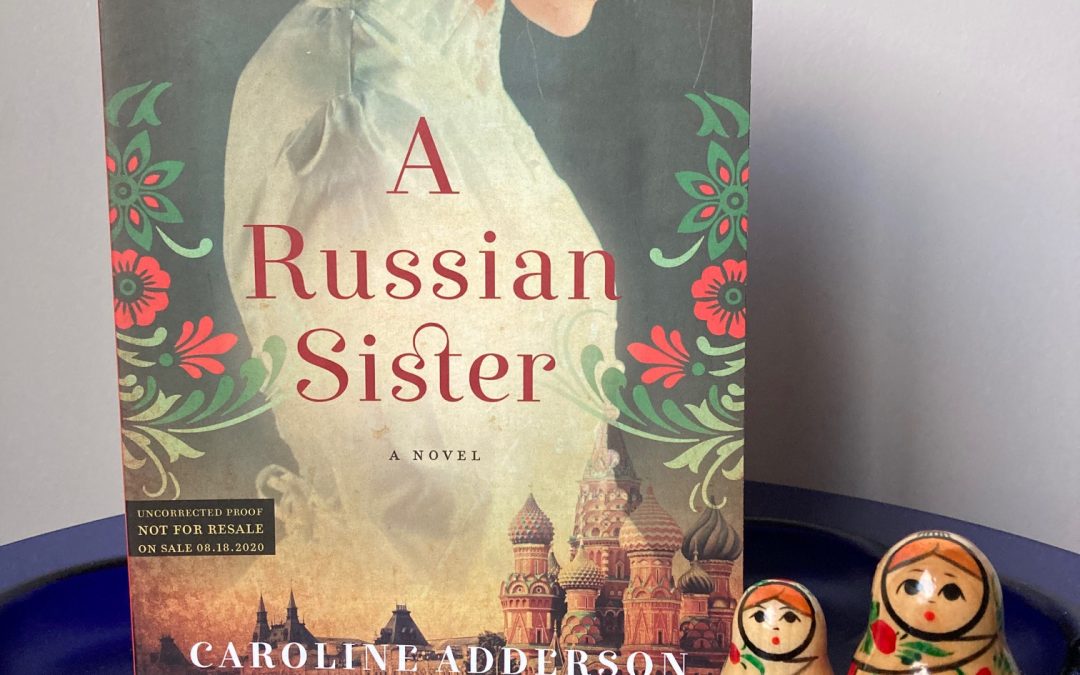 It’s been years since I’ve read a book by Caroline Adderson, and I don’t remember anything about the last book itself other than the fact I loved it. Adderson is one of those writers that motivates me to pick up her work, regardless of the genre, and she’s quite multi-talented, having released a few children’s books in 2020 alongside this adult novel. Her latest for us big kids, A Russian Sister is historical fiction is based on the life of famous Russian writer Anton Chekov. If you’re like me and know nothing about Russian literature, have no fear! No prior knowledge is necessary to enjoy this novel, the fact that it’s based on real people will have no bearing on your enjoyment of this book, it’s the characters that makes this one memorable.

Masha is devoted to her older brother Antosha, a famous writer and medical doctor who saves lives by day and pens bestselling books by night. We follow these two siblings and the rest of their family from 1890-1896, beginning with the death of their alcoholic brother and the continued on-and-off illnesses of Antosha, who suffers a variety of ailments that add to his moody disposition. Despite this, he has an ever-increasing fan club of people who want to be near him, including lots of women. Although he remains steadfastly against marriage he’s a terrible flirt, and one woman, Lika, Masha’s best friend, falls particularly hard for him. Masha wants Antosha to be happy so she brings her female friends home for him to socialize with, but she also gets wildly jealous when another woman takes his attention away from her. She’s also the one who introduced Antosha and Lika, so she feels responsible for all the heartache this has caused Lika. As Masha ages and remains single, a few men propose marriage but they are all pushed away by both Masha and Antosha, while a revolving door of friends come in and out of their lives. Everyone behaves badly at some point in this novel, yet you can’t help but sympathize with each of their positions. Plus, it’s Russia in the 1800s, so life isn’t easy for any of them.

By simply reading my summary you can see where the tension lies in this novel; why is Masha so weirdly obsessed with Antosha? Why can’t they just stay out of each other’s business? What remains unsaid in the dialogue overpowers what is actually said. The characters aren’t voicing their concerns for a mixture of reasons, partly because bluntness and emotional honestly wasn’t as culturally acceptable at that point in history, but also because both Masha and Antosha preferred the conversations inside their head to the ones outside their bodies. This is particularly surprising because this famous family (although to be clear, they are not wealthy by any stretch of the imagination) seems to collect fans and friends quite easily. They buy a farm outside of Moscow to save money, and yet people are constantly coming to visit them, throwing the siblings’ steady rhythm off whenever a new body enters the home. Even worse, Antosha’s income as a writer is saving the family from the brink of poverty, so their parents and other siblings are forever grateful to him, their surviving brother swerving between gratitude and bitterness at his success. Their hero-worship muddies their view of his true self, but it’s obvious to the reader that Antosha manipulates women, toying with their emotions, regularly promoting himself as an honest man but regularly visiting brothels to ‘fulfill his physical needs’.

Despite the family squabbles and blindness to Antosha’s ego, not much happens in this book. There are extended periods of bickering between Masha and her girlfriends, long and arduous medial journeys that Antosha uses to escape his familial responsibilities, and lots of extended trips to country homes for rest and merriment. For many readers, this isn’t a problem, because like I’ve said many times, I enjoy books that focus on relationships rather than events and I know I’m not alone in that. But for those looking for a detailed look at Chekhov’s life or an intense exploration of Russian history, you will find neither of those things here. Instead, Adderson focuses on the bonds that push and pull friends and family, the complicated dance we play with each other while living out our day-to-day lives.