Book Review: How to Pronounce Knife by Souvankham Thammavongsa 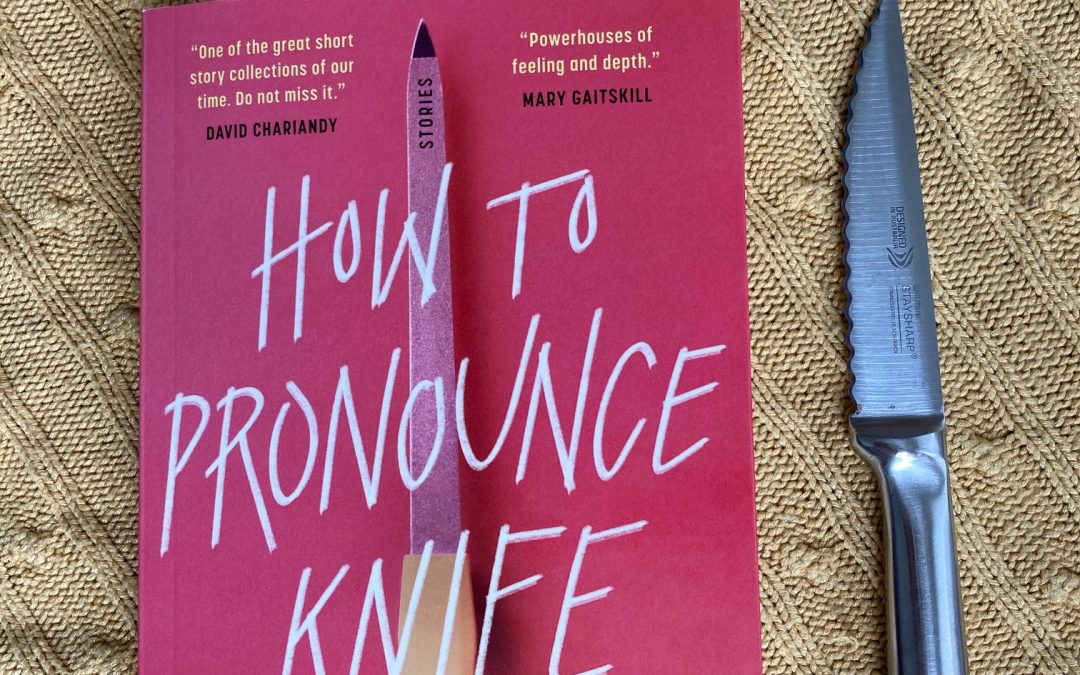 How to Pronounce Knife by Souvankham Thammavongsa most recently appeared on the Scotiabank Giller Prize longlist, and we’ll find out on October 5 if it makes it to the shortlist. Interestingly, it’s a collection of short stories, written by a poet. It’s rare that a collection of short stories appears on an award list like this, but I’m glad to see the genre is increasing in popularity! My theory is that people have shorter attention spans with the stress of the current pandemic, so short fiction is the medicine we all need right now. This is a slim little book, but that’s not surprising considering how carefully each word has been chosen. It’s beautifully written and doesn’t include anything more than it has to. In fact, this book is powerful because of what’s been left out, the things that are left unsaid between its characters and their various struggles.

There are 14 stories in this collection, most of them focusing on immigrants and refugees who are new to North America; their struggles, triumphs, celebrations and challenges- a whole range of emotions can be found within these pages. Men, women, children, and adults act as narrators so we can see all facets of their experience. Most are refugees, so although their past trauma is not dwelled upon, (in fact it’s more often than not pushed away), it does shape them and their reactions to their new surroundings. A refugee herself, Tammavongsa digs below the typical immigrant narrative, past the early struggles of language and culture upheaval to reveal the internal conflict that may or may not have existed before their move. So often, we expect immigrants and refugees to act a certain way; obedient, tough, hard-working, grateful, quiet. Luckily this book gives a voice and depth to those we so easily ignore and take for granted, all in gorgeous prose.

If you’ve gotten this far into my review you’ll already know what my thoughts are, I clearly loved this book, and believe its author is very talented. Each story was difficult to read in its own way, the pain of each character obvious to anyone with a sliver of empathy; the young girl struggling to pronounce the word ‘knife’ when her father incorrectly advises her to make the ‘k’ sound the night before school, the simple husband oblivious to the older, wealthier white man sleeping with his wife in their marital home while he watches tv in the next room, the hard-working mother who breaks her back picking worms in the middle of the night only to lose her promotion to a white teenager who is fluent in English, all these people and the situations they inhabit are both all too familiar, and all too foreign. We see this happening around us, but we can never really live in the shoes of others, so I’d argue a book like this is the next best thing.

This collection isn’t all doom and depression however, there is real joy, humour and autonomy on display. The story “The Gas Station” details the sheltered life of a tax accountant in a small town who falls under the spell of a local man she’s attracted to, but also calls “grotesque”. They have sex, and she seems in control of their relationship until she suddenly isn’t anymore. In “Randy Travis”, a mother falls in love with the titular country singer from afar while her husband struggles to replicate the star’s rugged appeal in an attempt to win back her affections. In “Mani-Pedi”, a brother relents and begins work at his sister’s successful nail salon, encouraged to flirt with the customers to gain more tips. In “Chick-A-Chee!” two kids go trick-or-treating at Halloween but pronounce it “Chick-A-Chee” much to the delight of their neighbors. Each story is an odd little treat in its own way, taking only a few pages to fully enfold us into the life of each protagonist.

An underlying message of this book is that there is no one immigrant experience, and you are at best misguided, at worst, ignorant, to continue to pigeonhole this part of our population. One character admonishes her brother “‘Raymond. Didn’t I tell you. You’ve got to not have dreams. That women ain’t ever gonna love a man who does nails. That’s not real life. You and me here, we live in the real world. You’re given a place and you just do your best in it. Fucking give it up’ ” (p. 69) while the story before that includes this character’s statement “I knew my mother was no stranger to hoping; it’s how we all ended up here in this country in the first place” (p. 53). As a reader, my emotions reeled from horror, pity, respect and awe, all within these 179 pages. Ultimately I was left with hope, so although it’s a bumpy ride arriving at that, the journey is most definitely worth it.