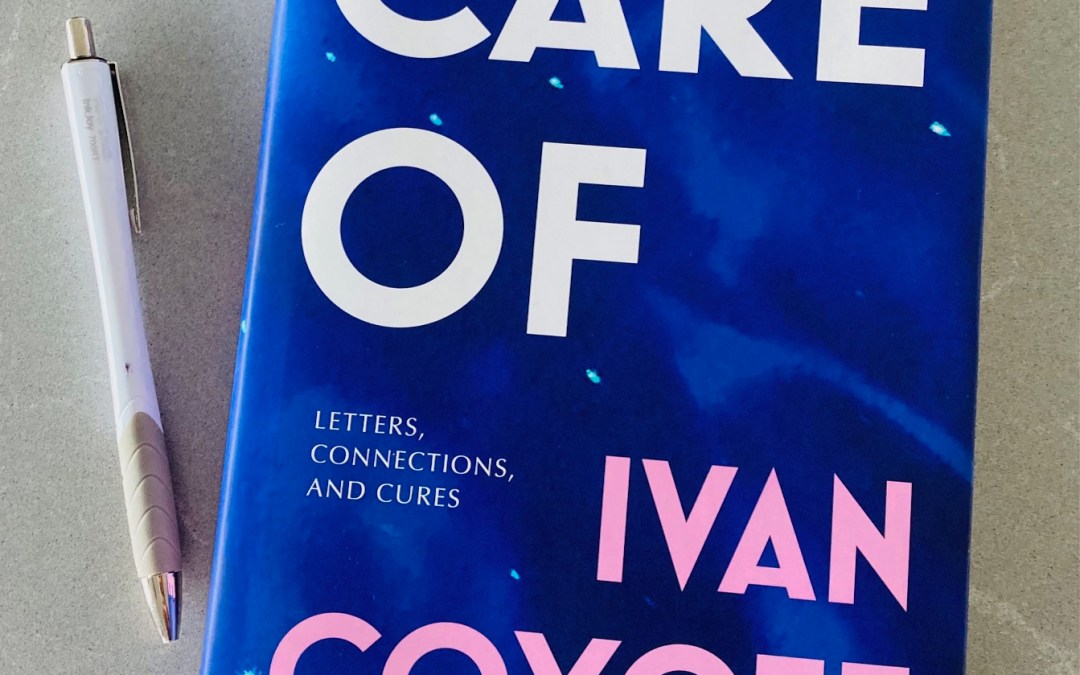 I’m getting to that point in my bookworm years when I completely forget if I’ve read a particular author before. I was sure that Care Of by Ivan Coyote was my first book of theirs (they go by the plural pronoun fyi) but according to this very old blog post, I’ve read and loved Coyote’s short stories as well, so the moral of this story is both I’m getting old and Ivan Coyote is a wonderful writer I highly recommend. Most people who have followed canlit and the Canadian publishing industry will be familiar with Coyote; they are a highly-regarded performer and storyteller who is constantly on the road, speaking to both adults and teenagers. Their experience as a transgendered person in Canada from a rural background is a perspective that many people may not be familiar with, but seeing as we are now in 2021, they really should be, and Ivan’s performances are just as much educational as they are entertaining. Their newest book is also both those things; I learned about the terror and joy of being trans all while being lulled into a meditative state with their beautiful writing.

A work of non-fiction, this is a book told entirely in correspondence: letters to Ivan, and their responses. Sometimes these responses came years after the original letter/email/facebook message was sent and sometimes there is an extended back and forth between Ivan and their recipient. When the pandemic first began and we were all told to shelter at home, Ivan was stuck in one place for an extended period of time, (which they rarely experience) so they took that opportunity to respond to the hundreds of letters they receive. The majority of the letters are thanking Ivan for their dedication to expressing a trans point of view to a wider audience, and being comfortable enough to talk about it with all kinds of people: those who are receptive, and those who are not. There are some letters between Ivan and a friend who have come to a disagreement, one in particular is written to a female who has been traumatized by male violence, and because of this experience, is staunchly against trans women using women’s bathrooms. Ivan both empathizes and pleads with this woman, explaining the violence they have experienced in both gendered washrooms, due to their appearance. Telling stories is where Ivan shines, and although these letters are a response to others, Ivan takes the opportunity to insert many of their own personal stories that relate to the topics raised by the original writer. This may sound selfish but it isn’t; it’s clear that people gravitate towards Ivan because of their stories, this is their greatest gift as a performer.

Easily using a public washroom is something many of us take for granted, but hearing Ivan’s stories about navigating this space and the very real fears they have surrounding them have forced me to revisit my idea of what a public and private space is in our society. One of the letter exchanges discusses the cortisol levels of trans people, and the fact that they experience an extremely high level of continual stress. Ivan can attest to this, and they state that having their top surgery (getting breasts removed) was one of the healthiest things they had ever done for themselves. They no longer had to bind their chest, which they did to the point of losing feeling in their fingers, and their mental health was significantly improved as well because they finally started to look the way they had felt for decades. I can’t relate to this confusion and in some cases disgust over their bodies that Ivan and their fellow correspondents discuss, but I definitely enjoy a certain level of privilege by not understanding – being comfortable in my own skin comes naturally, but I know that is not the case for everyone.

What I found most impressive about Ivan was their ability to see past people’s hatred of them, in an effort to change minds to help those that come after. One person writes a letter that mentions the way Ivan specifically answers questions from audience members meant to provoke, oftentimes from religious zealots that consider Ivan a disgrace, or offense to nature. Ivan explains:

I remember that question from the evangelical Christian woman. I have had to learn, over the years, to tactfully field questions aimed at me from evangelicals of all stripes…When a person who has been taught, like I know immediately that she had been taught, to hate and revile me stands up to ask me a question, I must reach across that room and find my way past her fear and dogma and doctrine and into the good part of her heart. But to locate that part of her heart I must make myself truly believe that it exists, even if her body language or words are screaming otherwise…(p. 101).

One of the most emotional moments of the book, in my opinion, is when Ivan relates a story about their sister Carrie, who is scolded by a family friend Carl for describing Ivan as ‘her sister’. Carl reprimands Carrie, because he knows Ivan no longer uses a female pronoun, so he tells Carrie she shouldn’t be calling Ivan ‘her sister’. Carrie bursts into tears and calls Ivan, because she is lost, not knowing what to call Ivan, as she has always thought of Ivan as her sister. Ivan assures that they will always be Carrie’s sister, and it is only Carrie and Ivan who get to decide what they call each other. Some many find this silly or dramatic, worrying about labels, pronouns, words. But adults know that words matter, words can hurt more than punches or kicks, so don’t we owe it to each other to get our words right, even if we stumble, even if we are confused?

The writing doesn’t just describe or relate events, there are many poetic descriptions woven into Ivan’s stories, one of my favourites being the process in which a family’s reaction to a trans person ‘coming out’ to them. Ivan describes it as a frozen lake slowly thawing, the water trickling out, then finally gushing through when the ice has melted completely. Ivan’s focus on nature is nothing new, they love being outdoors, working with their hands, but the pandemic gave them the chance to slow down for months, noticing the changing of seasons in a new way. Sitting down with this book, reading a few letters at a time, then putting it down for a week or two is the best way to read it. Savour its words, ponder its various messages, and take time with it; it’s worth the slow reward.