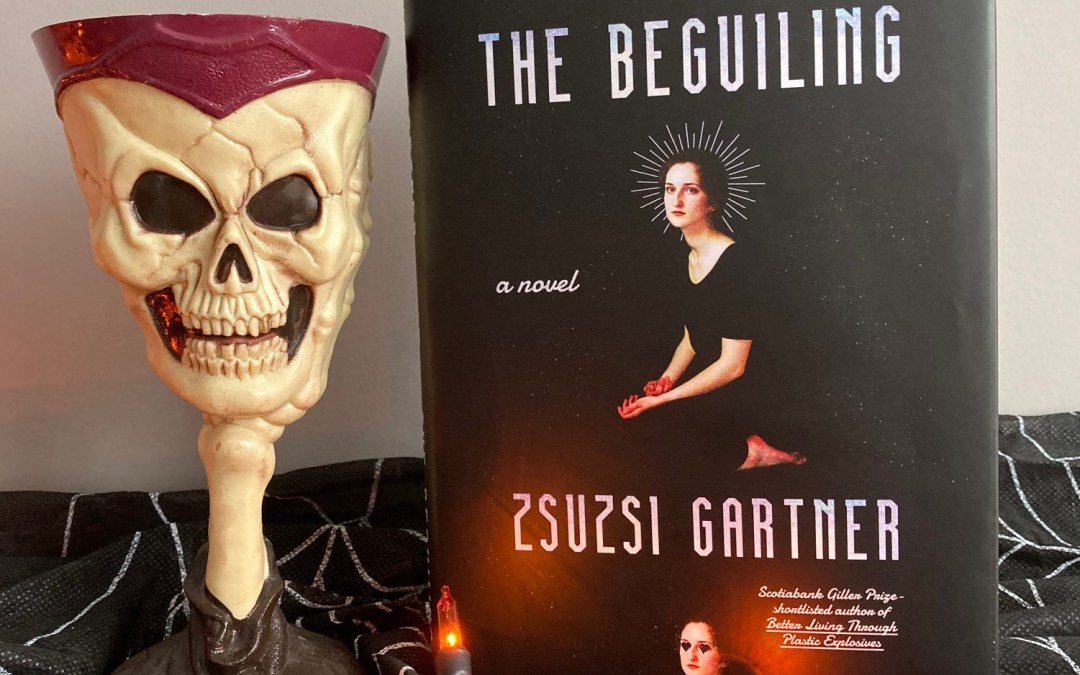 The Canlit community is abuzz over Zsuzsi Gartner’s debut novel, The Beguiling. Despite this being her first novel, Gartner is a well-established pillar of the Canadian writing community. She’s been shortlisted for a Scotiabank Giller Prize for her short story collection Better Living Through Plastic Explosives, she’s edited a zany collection of science fiction titled Darwin’s Bastards and she’s won numerous awards for her journalism. Even if you’ve never heard of her, the titles of her books alone are an indication of what you’ll find between the pages. Her writing is bizarre as she frequently lapses into the absurd, but there’s a light humour to her work that keeps it entertaining and accessible. The Beguiling is complicated, the reader tumbles down wormholes of narration from characters that come and go, yet it’s still enjoyable, even for me who generally prefers a straightforward read. I frequently found myself re-reading sentences, wondering to myself “how would someone even think of that”? Her imagination is boundless, so if this sounds like a ride you’d like to join, buckle up.

Lucy is mourning the loss of her cousin Zoltan. He died young from an infection that began in the stumps on his arms, as he lost his hands in a strange accident that occurred at a warehouse party he doesn’t have much recollection of. Once he is buried, Lucy, a lapsed Catholic, finds herself caught in a strange pattern; strangers approach her and confide their deepest darkest secrets to her. The overall narrative acts as a frame for these confessions; many of them run for multiple pages so the experience of reading this novel is more like a collection of linked short stories. These secrets vary widely, some are simple confessions of infidelity or malice while others stray into absurd territory, like plant life plotting a takeover of planet earth. Instead of being horrified by this, Lucy finds herself looking forward to them, even entering into a form of withdrawal as the disclosures dry up. Noticing strange coincidences among the stories, Lucy ends up in a disorientated state, leaving the reader both shocked and puzzled by what occurs in the last few pages.

I’m a lazy reader in so many ways, and I usually struggle with books that purposely disguise their character’s true motivations. Lucy is a frustrating, complicated and polarizing character who I never fully understood. She gives birth to a young girl that she never really bonds with, but becomes overly attached to a dog she inherits from a friend. She recalls a memory of kissing Zoltan on the mouth, joking it off after he reacts uncomfortably, but his death continues to haunt her for the majority of the book. She travels around the world for a never-ending march of jobs, but her career is never a priority in her life. I found it particularly amusing when Lucy worked for a failing children’s book publisher and would make fun of the sad writers who weren’t getting paid; it comes across as sort of ‘meta’ considering Gartner’s own profession. Despite tagging along for these milestones, Lucy remains a mystery to readers, even by the end of the book. Each new situation she finds herself in further entangles her development as a character until you’re unsure of just about every observation she’s made. Normally I’d find this frustrating, but instead I saw it as a challenge, and I was entertained the entire way through.

The plot may sound daunting (or just plain convoluted) but I promise you, the writing is worth it. The sentences that you will read are like none other. I know I’ve spoken about this theory in the past, but writers who begin with short stories and excel at that form of writing are the best kind of novelists. They use words sparingly, their attention to detail is miles above the authors who take 700 pages to tell a story. Unless you’re writing a generational saga that spans centuries, a book doesn’t need to weigh more than a newborn baby. Gartner’s plotline meanders, but her writing never does. My favourite phrases are the ones that made me cringe and laugh at the same time: “She pushed out each word as if giving birth to a radioactive turd (which, she once confided to you, was exactly what childbirth felt like)” (p. 88). Or this one: “And at a Toronto film festival party for Moneyball the head caterer came up behind me and announced that she had squirted her own breast milk into the cold mint-pea-soup shooters. She was just that tired of it all” (p. 26). Don’t you love it? It disgusts and delights me all at the same time, I can’t help but give this book five stars.