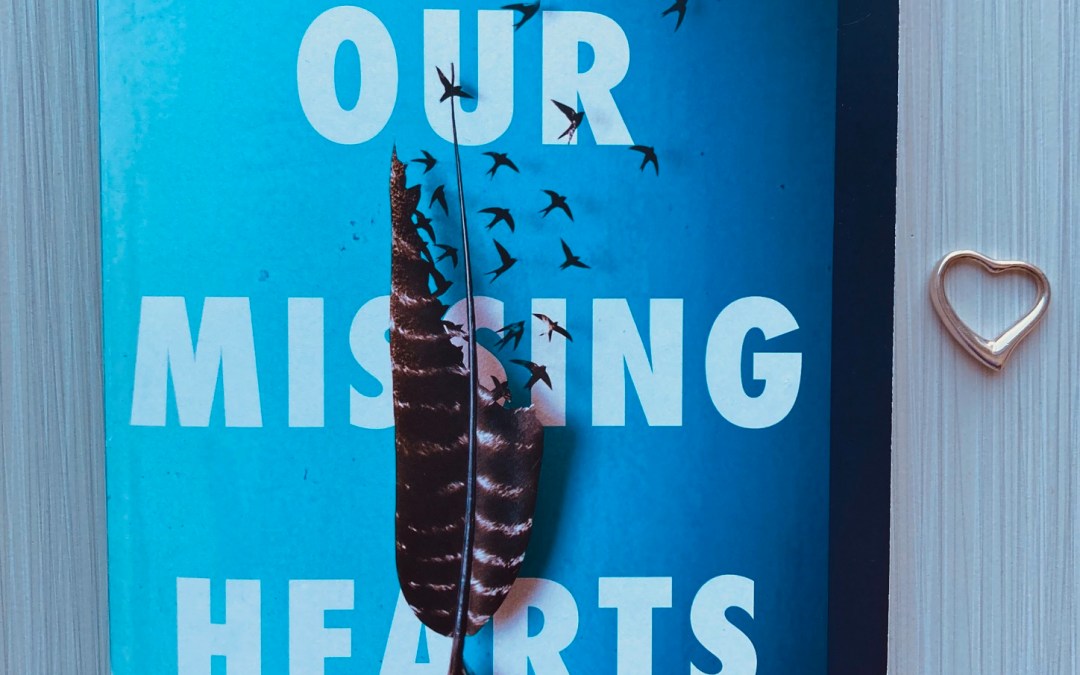 I’ve only read one other Celeste Ng book, you can find the review here. I don’t mind remember being wowed by it, but her latest release, Our Missing Hearts is definitely a new favourite of mine. There’s good reason why this book is yet again a Reese Witherspoon book club pick, and I’m sure this story will resonate with lots of people, especially those who have had children, or those who have lost someone. Or even those still suffering the fallout of the pandemic, both emotional or economic.

Bird and his father Ethan are living in a world slightly different than our own. Not quite a post-apocalyptic world, but close enough to look familiar, “The Crisis” devastated America, forcing many to lose their jobs, many more becoming sick, with years of instability. In an effort to divert people’s anger elsewhere, the American government institutes a new law called PACT which urges citizens to report any un-American behaviour. Behind this directive is the belief that China is the greatest threat to America, so racism towards Asian cultures increases, until it becomes a widely accepted and even encouraged. Even worse, it becomes an excuse to forcibly take children from their parents if others report their household as “un-American”. Bird’s mother Margaret is seen as the face of the anti-PACT movement because of a book of poetry she wrote years ago, so their family is targeted, and Margaret leaves to save Bird and Ethan. They publicly denounce her and eliminate any trace of her from their lives, but then Bird receives a clue that suggests she is still alive and wants to get in touch again.

Most will recall the uptick in racism against Asians at the beginning of Covid, and although we no longer hear about it on the news, this increased racism is still being felt by many with Asian backgrounds. The descriptions of the increase and normalization in racism is painful to read about it in this book, made even worse when Ng expertly draws connections between it, and the racism experienced by Muslims after 9/11. The title Our Missing Hearts is also the title of Margaret’s book of poetry, but it’s also a reference to the way we are able to look the other way, avoiding the painful realities as a form of self-protection. Because the children were taken away from their homes discreetly, many didn’t realize how commonplace it was, and fear prevented most from digging to deeply anyway. The fallout of the Crisis isn’t what we are experiencing now, and Ng is careful to differentiate The Crisis from Covid, but it’s close enough to what we are seeing now to be completely believable, which makes the plot of this book even more upsetting. In her author’s note she makes a point of listing other historical occurrences of when children were forcibly taken away from their parents, a chilling reminder of how realistic this novel truly is.

Booklovers will appreciate the resistance movement that works to combat PACT. Libraries, librarians, and books play a crucial role in the attempts to link children back to their families, even if it’s just an awareness that each is still safe and alive. Ng is careful to not frame librarians as extraordinary heroes however, as the point is made that librarians are there to help others find information, and connect people to the information and facts they need; passing along information about separated families is an obvious extension of their work, and they are brave enough to realize the importance they hold in this new world. Sadly yet not surprisingly, books deemed “un-American” are also banned and destroyed, and there are numerous references to gaps in the bookshelves, and how upsetting this is to witness. Certain sections like ‘animals’ remain full, but others like ‘history’ are bare, with only a few texts deemed appropriate for consumption. As we all know, book censorship is already happening in some school libraries, but luckily we have yet to see it in public libraries, a small comfort when reading this book.

The writing of this book is poignant, touching, but also beautiful. The character development is fantastic, and there’s just enough description to feel present, but not distracted. This novel will likely be picked up for film production, if it hasn’t already. A bestseller for good reason, prepare for yourself for a hard but moving read.

Speaking of books about books, I wanted to offer a mini-review and recommendation for a book I read over the holidays called The Cat Who Saved Books by Sosuke Natsukawa, translated from Japanese into English by Louise Heal Kawai. It’s about a teenage boy whose grandfather has just passed away, and shortly after in his family’s bookstore, he meets a cat who can talk. Together they go on adventures to rescue books from people who mistreat them. It’s a short book, quite philosophical in nature, but a lovely little read for those who adore the written word. It was one of my favourite reads of 2022, so don’t let this one drop off your radar.