Book Review: Big Friendship, How we Keep Each Other Close by Aminatou Sow and Ann Friedman 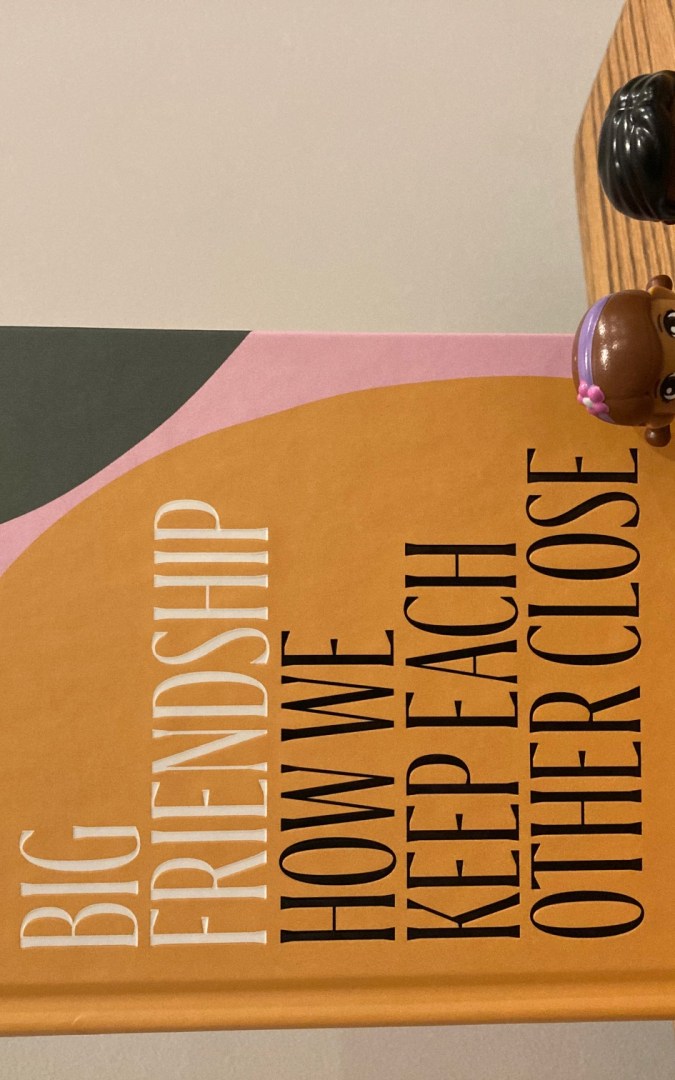 When I read non-fiction I’m always on the look-out for something unique, a new topic or perspective that hasn’t been done to death. This is why celebrity memoirs rarely interest me, because I find they touch on similar things regardless of the author (rags to riches, sobriety, etc.). Big Friendship, How we Keep Each Other Close by Aminatou Sow and Ann Friedman piqued my interest because it deals with a topic so rarely addressed in anything other than a magazine article: close friendships and their own unique dynamics. Since when have you read a (factual!) book that just dissects a friendship of two normal people? Not celebrities, just, everyday people? It’s uncommon to say the least, and although it would be a stretch to call this book groundbreaking, it’s addressing something that I’m personally thinking about more and more now that my baby brain fog is slowly lifting. Once you’ve been the through the ravages of childbirth and baby minding, the friendships that once sustained you before becoming a parent are able to move back up in importance. Realistically, I’ll never have the time I once did to devote to them, but I am making an effort to nurture them back to health, so this book popped up at just the right time for me.

Ann and Aminatou were introduced by a mutual friend at a Gossip Girl viewing party. From there, they immediately hit it off and become very close friends, nursing each other through breakups, daunting job changes, and multiple moves across the U.S.A. But as friendships are known to, theirs began to crack; major issues left untouched, hurtful comments made and not apologized for, increasing reluctance to deal head-on with problems, all pushed these women to the brink of a friendship meltdown. At one point, the idea of simply walking away would have been easier than trying to repair what was left. Still, they pushed through and visited a therapist together, determined to save their ‘big friendship’, much like a married couple visits a counsellor. Because they were also business partners, the motivation to save their relationships held much more weight, yet their story is still one that may surprise others because as a society we are conditioned to believe that friendships aren’t worth the effort. We are taught that our romantic relationships are work, while friendships should be effortless, so once our friendships become ‘work’ too, we can simply walk away from them. This book argues that friendships are just as important as our romantic relationships, and they too deserve our attention and effort.

I am the target audience for this book, at least, I’m probably just a few years older than the target market. I don’t believe either of the authors have children, and if this book was written by a mother, she would most likely have mentioned the fact that having children has a HUGE affect on your friendships. Regardless, this book did speak to me because of the reasons I gave above-I’m just realizing now how much I miss friendship in my life, and how much I’ve let slide during these past few ‘childrearing’ years. As my children become more independent, I’m hoping that I can focus more on the friendships in my life.

Platonic relationships are not only important to our mental health, the authors point out that they can help you in your working life as well. Sow and Friedman together coined the term ‘shine theory’ which is basically the act of building up other women around you by highlighting their achievements. It’s a concept that’s been unfairly co-opted by many other people and organizations, but at its heart, the intention around it is a valid and important one. Without using that specific term, a feminist book that I read awhile ago also advised women to focus on building up one another, which simultaneously contradicts that tired trope of catty women fighting amongst themselves AND launches women into the next phase of their career through sustainable means. Together the authors point to examples inside and outside their own lives that prove how powerful friendships can further build up one’s career, expanding social networks for a better outcome within one’s job. Although this may not apply to everyone, our willingness to nurture relationships and meet new people will almost always be advantageous to our job prospects; it’s all about who you know!

Although there are two authors in this book, the writing seamlessly switches between them, so we get both perspectives of the same friendship and a better understanding how the problems came about in the first place. With the benefit of hindsight, each woman is able to pinpoint where their problems arose, and although this doesn’t make for a ‘juicy’ read, it does ensure the book is helpful in applying these lessons to your own friendship troubles. They don’t hold back, but they also keep it as light as possible with jokes sprinkled in-between their well-researched points. Their combined voice is also fun, and at times self-deprecating, so it’s reminiscent of an honest, deep conversation with a close friend. Because Sow is black and Friedman is white, they also speak to the nuances of respecting race within close friendships and what role race plays in the way they relate and communicate with each other. Before this was book was published, they were best known for their podcast “Call Your Girlfriend” which is all about long-distance friendships, so it’s a topic they’ve been thinking and speaking about for years. Although their story may sound preachy at times, the fact that these women are able to admit that their own friendship hit a rocky point when they were supposed to be friendship ‘experts’ is what makes this book so accessible. Clearly being a best friend over the years is not easy, but after reading this book I’m entirely convinced it’s worth the heartache and effort.