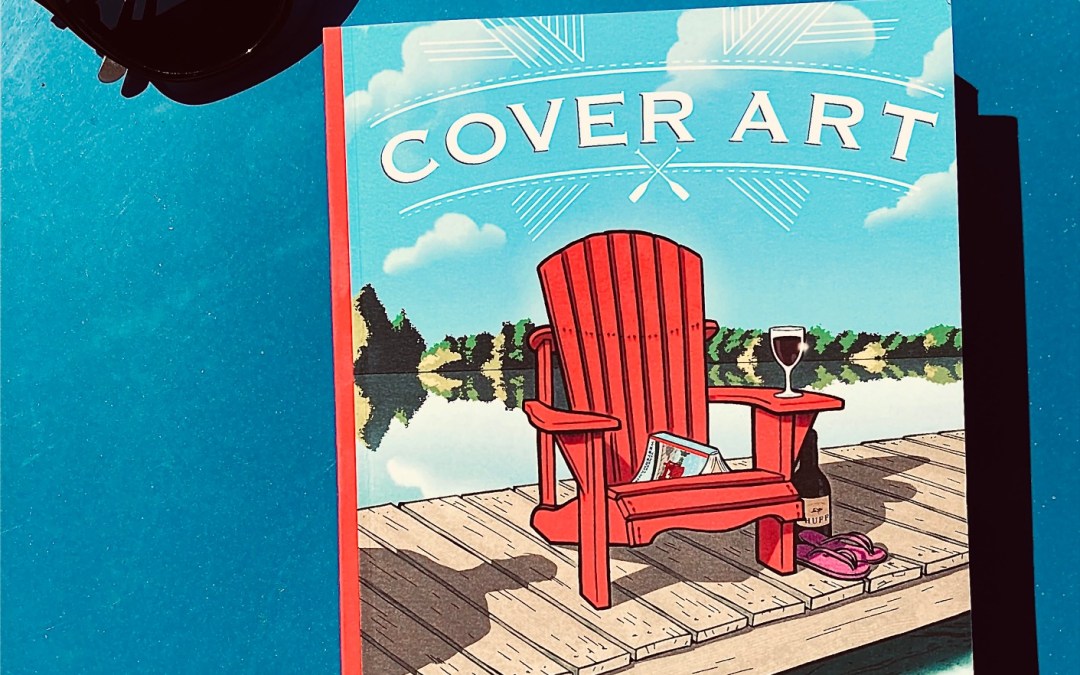 A brief look at the cover of this book immediately relays the fact that it’s written for me, at this exact point in the year. As my thoughts turn to summer vacation and reading on the dock (my favourite place to be), I can easily picture myself sitting in this red Muskoka chair, drinking a cup of tea and reading a new cozy mystery. Cover Art by Vanessa Westermann has all the hallmarks of a great summer read – a small town environment, the suspicious murder of a villain everyone hated, a few side stories with easily resolvable tension, and a little bit of humour. The best part is it takes place in cottage country in Ontario, so although its setting is fictional, in my mind’s eye it’s set in a little town we take jaunts to for ice cream and groceries when taking a break from the dock. Speaking of treats, the best part is that this novel features a character who owns a chocolate shop, and there are numerous references to chocolate throughout. Need I say more?

Charley Scott is an independent woman on the cusp of her thirties, up at the cottage for the summer to open a pop-up gallery in hopes of deciding whether or not she can quit her desk job in the city and focus on her art full time. Her sister lives at the cottage with her boyfriend, a local cop, so Charley is the third wheel, but she’s happy to do it as it gives her more time to focus on her painting, and fixing the squirrel problem in the gallery space. As soon as she arrives in town she witnesses an argument between another artist showcasing their work in her space, and the local developer and builder, Andrew. After meeting a few of the other locals who also express disdain for Andrew, he dies by consuming poisoned chocolates. There are even more complications – the man who owns the chocolate shop is very handsome, and has immediately taken a liking to Charley, but he is now a suspect. And the murdered man was married to Charley’s best friend from childhood Kayla, who is also now a suspect. Also, the gallery space Charley is trying to revitalize is supposedly haunted by a woman who died building it, who also happened to be Matt’s mother. And Matt’s father turns out to be a famous author who hid his success from everyone under a pseudonym. Luckily all these threads are tied up reasonably well to ensure readers won’t get overwhelmed.

It wasn’t until I started writing the summary of this book that I realized how many plot points were jam packed into this one 300-page novel, which is a testament to how well it was written because I never once felt confused by all the details. There aren’t too many characters, and many of them are either long dead or recently dead, which simplified things. It’s also important to note that this is the first in a mystery series, so as many authors do in this position, Westermann is clearly setting up problems to be resolved in future installments (and I’ve got my fingers crossed that this setting remains the same throughout, because I love a good cottage book). From what I can tell this is only her second published mystery, but she did a fantastic job of keeping me guessing until almost the very end as to who the culprit was. I found myself going back and forth between possible suspects along with Charley, who couldn’t help but involve herself in solving the mystery, if only to absolve her friends of the suspicion hanging over their heads. There are most definitely some coincidences that seemed a little too convenient, but considering the limited cast of characters in the small town, it didn’t take too much convincing either.

After a few days of processing this book, I noticed a few other things that I wasn’t actively thinking about while reading it. It’s interesting to note that there are no children in this book at all. None. No one has kids, no one is thinking of having kids, and even though Charley is about to turn 30, there are none of those pesky ‘biological clock’ anxieties that seem so common for other female characters her age. What a breath of fresh air! I love my children, but this book offered a special form of escapism for me (and no doubt lots of other women) just by omitting this societal expectation of virtually all females ever. Something else I really enjoyed about this novel was the fact that everyone pursued their passions – Charley painted, Kaley drew, Matt made chocolates, his father wrote books…it was all so refreshingly simple. This fictional town of Oakcrest may have had a murderer on the loose, but aside from that it seems like the place dreams are made of for this particular reader. I’m excited to see what comes next in the Charley Scott mystery series, and I’ve got my fingers crossed that chocolate takes another starring role.