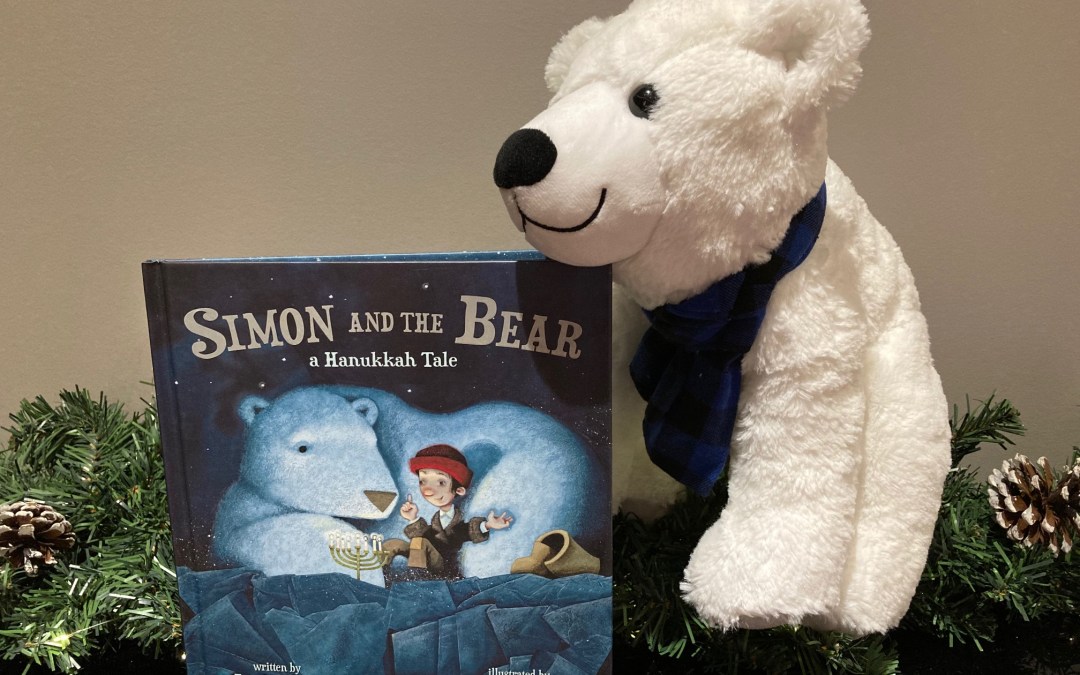 Most of my readers are probably aware of this by now, but I’m not Jewish. Still, I like to read my kids books about Hanukkah because I think it’s important they understand that not everyone celebrates Christmas, there are other holidays that happen around the same time that their friends celebrate instead. There are undoubtedly way more picture books about Christmas, but the Hanukkah offerings are growing, and because I’m learning along with my children, I’m always excited to read the latest releases from my regular publishers.

My favourite of the two books I received for review in 2020 is The Eight Knights of Hanukkah by Leslie Kimmelman, illustrated by Galia Bernstein. Clever and funny text paired with inclusive and detail-laden illustrations make this an entertaining book for everyone. Lady Sadie calls her Eight Knights together to find the dragon Dreadful who is ruining the preparations for the last night of Hanukkah in their kingdom. Off they go to find Dreadful and help the villagers fix what the dragon had interrupted, which includes peeling potatoes for latkes, carving a new dreidel, and baking new sufganiyot donuts. The knight’s activities are based on completing good deeds, known as ‘doing mitzvoth’ which according to the back of this book is an important part of Judaism. In the end it’s discovered that the dragon is a much smaller version of what was originally imagined, and after explaining her name is actually Rosie, she’s invited to the Hanukkah celebration and everyone celebrates together in harmony.

Even though it’s suggested that each knight is actually a child of Lady Sadie they are a spectrum of skin colours, including some women! It’s important for all children to see themselves in the heroic role of knight, especially girls, as they are so rarely depicted in a role of agency in fairy tales like these.

The inside cover of the book is a map of the kingdom that includes little references that only make sense if you’ve read the entire story, so older children will enjoy these extra details that their younger siblings may miss. Atypical shows of bravery are also celebrated when Sir Henry returns home to do good deeds around the house instead of in the community like his siblings; all acts of kindness are welcome and encouraged here.

Bravery and resilience are at the forefront of the other Hanukkah book I received titled Simon and the Bear by Eric A. Kimmel, illustrated by Matthew Trueman. Simon is a young boy who has been sent to America by his family to find work and send back money to them. The ship he is on strikes an iceberg and begins to sink, and Simon bravely gives his lifeboat spot to a man who is trying to return home to his son. Instead Simon jumps on the iceberg right before the ship goes under, and is befriended by a polar bear who brings him fish to eat over the next 8 days of Hannukah. Simon still has his Menorah and some food his mother packed him, while the bear snuggles in and keeps him warm at night, so Simon considers each of these Hannukah miracles. On the last night when all his food is gone, the polar bear swims away but he is rescued by men from a passing ship. Simon ends up in America and the man he gave his spot away to turns out to be the mayor of New York City. He rewards Simon’s kindness by bringing his family over to Ameirca and giving him a job as Polar Bear Keeper at the Central Park Zoo.

Ultimately the messages of this story are admirable; keeping hope, being brave, extending kindness even when scared, these are all things I want my children to consider and emulate themselves. However, the life and death seriousness of the story scared them, which prevented the true effects of of Simon’s experiences to really imprint upon them. Like the book above, this one also included an ‘author’s note’ at the end explaining the traditions of Hannukah, which leads me to believe these books aren’t really written for a Jewish audience, because when have you ever seen an author’s note detailing the traditions of Christmas at the back of the latest Christmas release? This isn’t a complaint because it’s a useful tool for me to help my kids understand Hannukah, but then I wonder if Jewish parents are missing out on books written for them, books that go beyond the basics of their traditions? I don’t have the answers, but it’s certainly something to ponder while we move towards diversity and inclusion in mainstream publishing.