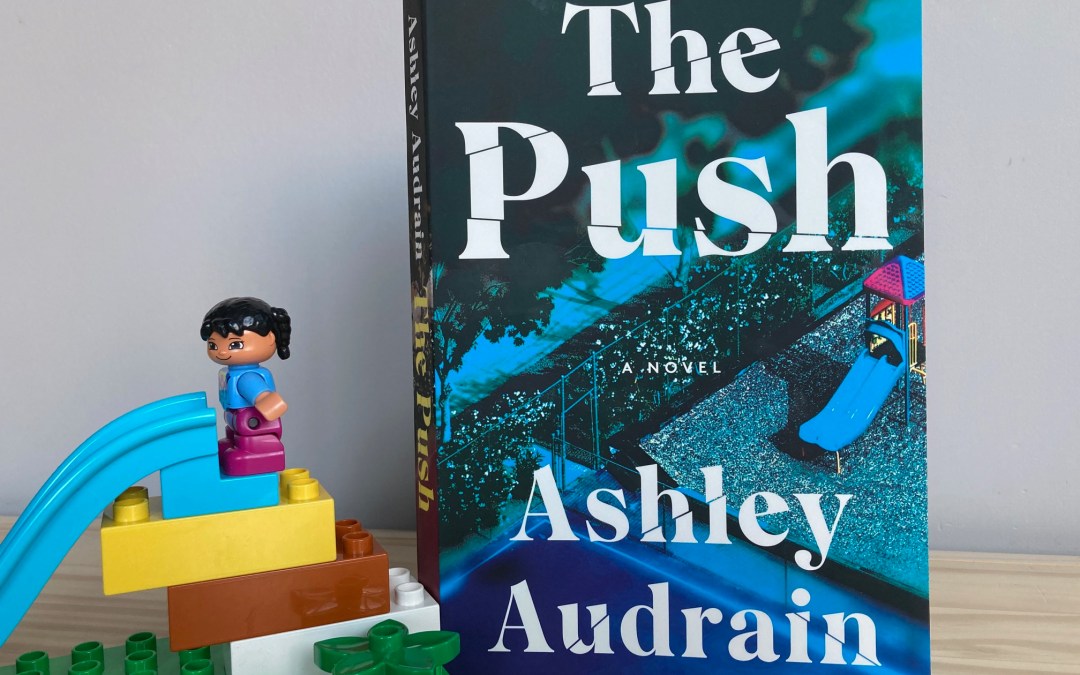 I couldn’t help myself, I HAD to read this season’s buzziest book, The Push by Ashley Audrain. You may recall I reviewed a book that dealt with some dark subject matter a few weeks ago, and I was warned that The Push was a slightly lighter version of Daniil & Vanya, so I prepared myself for yet another roller coaster ride of emotions centered on the difficult lessons of parenthood. I wish it had content warnings the way Daniil & Vanya did, because although I had steeled myself for what was to come next, not everyone will have their eyes wide open the way I did. Still, it’s a book that deserves the praise it’s receiving because it is shocking, provocative, and well-written.

When Blythe meets the husband of her dreams she’s excited to marry him and rewrite her dark past. But after giving birth to her daughter Violet, Blythe struggles as new mother. Exhausted and depressed, she can’t connect with her child the way her husband does. A few years later they have a second child, Sam, but after a tragic accident rips apart their family, Blythe realizes how very little she understands Violet and begins to suspect there are alternative reasons why they don’t have the loving bond she always hoped for. Interspersed within Blythe’s present-day perspective are flashbacks to her childhood, as well as pivotal scenes in her grandmother’s life. These all come together to form a cohesive but disturbing picture of a lineage of troubled mothers that Blythe bears the legacy of. The line between what we see, what we think we see, and what others see is blurred throughout the entire narrative, offering readers a steady opportunity of judgement surrounding Blythe’s actions.

The strongest part of this book is the perspective of new motherhood, and just how awful the dichotomy of it can be. On one hand, you love this little person more than anything in the world, but on the other hand, he/she is ruining your life as you know it. The arrival of a child also alters the relationship you have with your partner forever, not always for the worse, but it certainly places a new kind of strain on the bond you share. The raw honesty of the brutality of being a mother is laid bare in this book, and for someone like me who tends to err on the side of honesty and openness, I appreciated seeing it in print. There’s a scene in a coffee shop where Blythe is observing two strangers: a mother and her son discuss the impending arrival of her grandchild. The son tells his mother he doesn’t want her staying with them and the baby right away, and Blythe notices how disappointed this mother’s reaction is: “A mother’s heart breaks a million ways in her lifetime” (p. 177). My heart broke a little reading this too, because I was reminded of what’s ahead of me as a parent; years of joy, but also years of these little sad moments as my children grow up and away from me. It’s such a complicated set of emotions that a parent goes through, but Audrain has captured it perfectly.

Perennial thriller readers will recognize another theme here; the tired and overused unreliable female narrator. I’m happy to report that Audrain uses this trope in a clever way, and instead of being disappointed by the ending, I was shocked, in fact, the last sentence took my breath away, I was not anticipating it at all. Blythe is a complicated character, because in some ways we are horrified by her actions, but as a mother, I understood them as well. There is one character that I did not have sympathy for however, and that is Blythe’s husband Fox. As soon as we learn about his desire for his children to never go to daycare, and stay home with his wife until they are 5 and begin kindergarten, it was all over for him in my mind. True, I was irritated with Blythe for agreeing to this before they had kids (for god’s sakes, don’t agree to this kind of stuff before you actually become a parent!) but his reluctance to change his mind even when Violet and Blythe were clearly struggling made me want to reach through the pages and throttle him. As the book continues, Fox gets even worse, but I won’t spoil it for you, you’ll just have to see what a selfish asshole he is for yourself. How is that for a teaser?

In summary, I think people need to proceed with caution when it comes to this book, but you will be rewarded by a page-turning thriller if you can push through the undoubtedly strong emotions that will accompany it. Pregnant women are perhaps the only group of people I would recommend holding off on this one-at least until the baby comes!