Book Review: The Girls Are All So Nice Here by Laurie Elizabeth Flynn 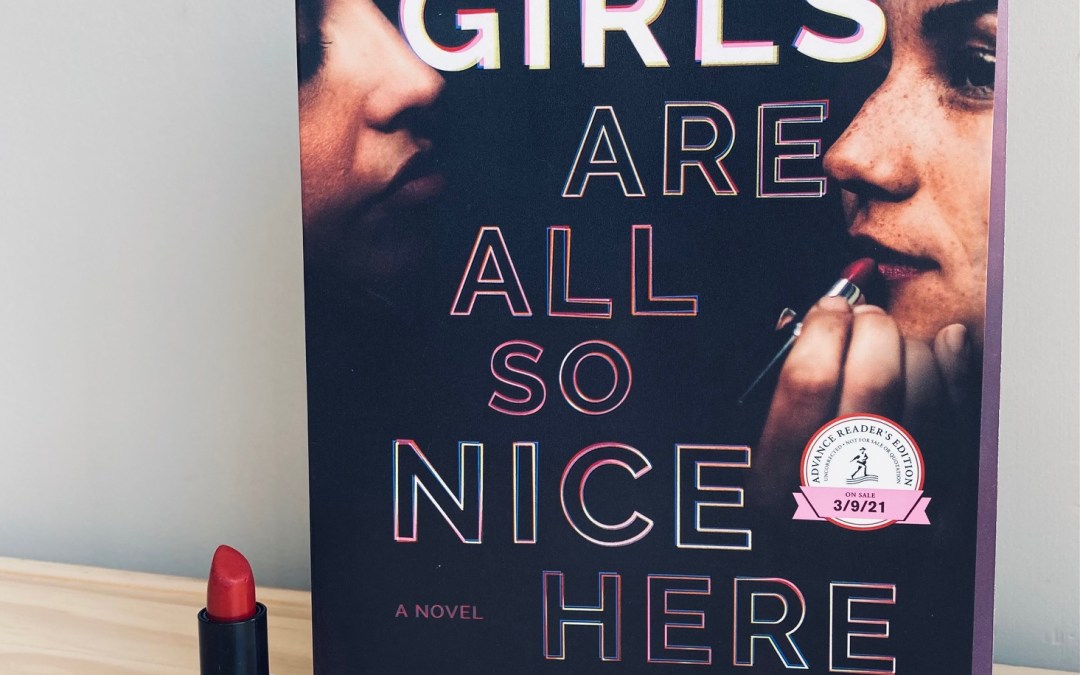 The publishers that I typically review books from know that I lean towards particular genres; thrillers, mysteries, some literary fiction. I read pretty widely in general, but when it comes to books I consider ‘fun’ to read, I’ll go darker. It should come as no surprise then, that I just finished reading The Girls Are All So Nice Here by Laurie Elizabeth Flynn, which was acquired in a two book deal, and seems to be getting lots of buzz since it’s release in March. I should warn you that it’s one of these suspense novels that holds back key information about a particular night until 3/4 of the way through the book, and that is a common technique that’s found in quite a few thrillers these days. Despite the reliance on this in the narrative, I found myself engaged throughout the book, never feeling tricked or let down by a twist (and there are many of them). This book centers on female relationships, and how toxic so many of them are, and I know that description alone will pique the interest of some, and turn off others. If you are of the former group, do read on!

Ambrosia (“Amb”) has a PR job in New York City and lives in a small condo with her husband who is attractive but shallow. He wants to have a kid but she’s secretly taking birth control because she doesn’t want to be a mother. Her life is feeling stagnant until she receives notice of her upcoming 10 year college reunion. She doesn’t want to go, hinting to the reader that some painful memories lie in wait for her there, but when she gets an anonymous note saying “You need to come. We need to talk about what we did that night” she feels compelled to go, drawn back into the web of her toxic friend Sully who dictated the rules of her first year in college. Chapters alternate between Amb’s weekend away at the reunion, and those fateful first few months at college which is the lead-up to what her and her friends and dorm roommates all call “Dorm Doom”, all of which she has never told her husband about. During the reunion, Amb continues to receive increasingly threatening notes about what happened that first year. We slowly learn more about her first year roommate Flora, who was kind, intelligent, and devoted to her boyfriend Kevin. Unfortunately, Kevin was also someone that Amb had her sights set on. Considered the ‘mean but pretty’ girls, Amb and Sully manipulated just about everyone in their path, boys and girls, for little more than entertainment. But when they reunite ten years later, not much has changed, even though Amb has sworn to herself that she would leave that cruel persona in her past.

There’s a lot about this book that will irritate certain readers; the focus on women as potentially dangerous (or a suggestion of an unreliable narrator), the artificial suspense of withholding key information, hell, even the mention of ‘girls’ in the title will elicit some eyerolls because it’s such a common focus of thrillers these days. Despite all these tropes, I devoured this book as I became invested in Amb’s life, even though she was a serial liar. Did I like her or identify with her? Nope. But I could recognize the toxicity of her and Sully’s dynamic, and the terror that comes along with arriving at a new place like college, not knowing anyone. Plus there’s that desperate feeling of simply wanting to fit in, no matter what the cost. One of her first nights at college Amb attends a party, clutching a prized possession that she saved for months to purchase: a designer purse. But when she sees what everyone else is wearing, she quickly realizes how ‘wrong’ this purse is, so she drops it on the floor and abandons it, without a second glance. This moment struck me as one of the most compelling of the book, because it demonstrated how ruthless Amb was as a person, shedding this object that had meant so much to her just hours before. It was also a clear signal to the reader how easily Amb could morph into someone her old friends and family wouldn’t recognize.

The ending came as a true shock to me, and I’m impressed Flynn was able to string us along throughout the novel when I thought I knew how things were going to end when I first started reading it. The brutality of the ending will come as a surprise, yet as I reflect on how terribly the girls treated each other in this book, I suppose it fits right in. One of the main takeaways of the book is to never underestimate the devastation of psychological bullying. Amb and Sully justify their manipulations as a sort of twisted girl power, but in the end, they waste their focus on simpering men while their true obstacles are their lack of self-esteem. It’s easy for me to make a statement like that while in the safety of my 30s, but I’d hope that women who read this in their late teens and early 20s will see the futility of Amb and Sully’s mind games too.