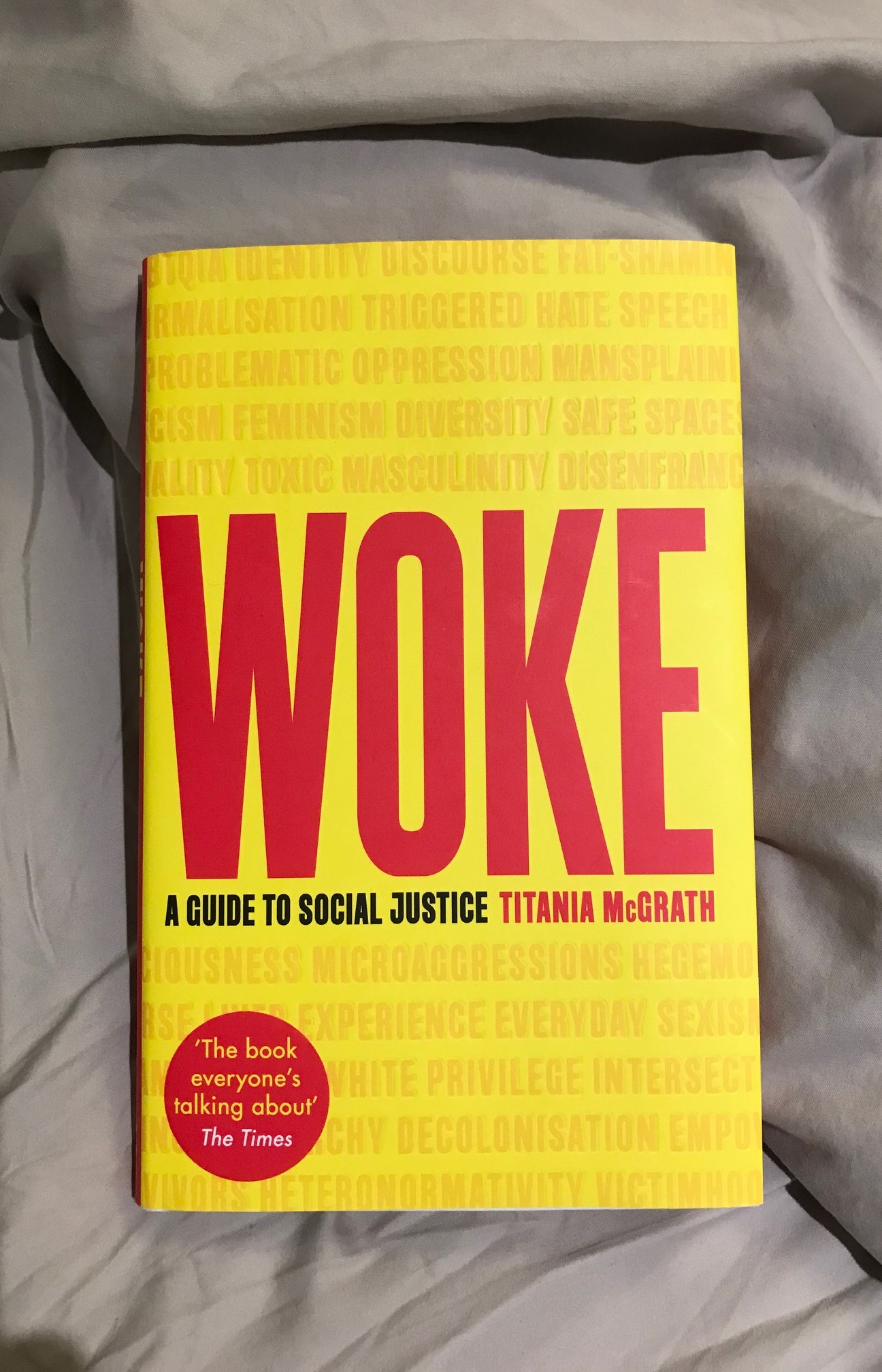 Full disclosure; I requested this book from Hachette because I wasn’t sure if it was a joke or not. How can I resist reviewing a book called ‘Woke’? The name alone strikes me as controversial because some people would gladly use that adjective to describe themselves, while others find it offensive. Woke by Titania McGrath is a quick read, one that left me with a shaking head and mixed feelings, and overall, more questions than answers. It’s written in the style of a social justice manifesto with short chapters dealing with hot-button topics like race, gender and religion. Interspersed are Titania’s outrageous poems, many of them using disturbing imagery as shock value.A cursory web search quickly confirms that the book is written as a satire and McGrath is a character created by the comedian Andrew Doyle. He’s also well-known for his other internet-famous character Jonathan Pie.

I typically avoid research when preparing to review books because I don’t want to be swayed by other opinions, but in this case, I wanted to know Doyle’s intentions in creating Titania and writing this book in her voice. Was he sick of liberal whining? Does he believe we’re all turning into snowflakes and freedom of speech is being trampled on? I’ve included just one of the many video clips that feature Doyle explaining himself and his message, which helped me view this book through a different lens.

According to urban dictionary, ‘woke’ stands for: “The act of being very pretentious about how much you care about a social issue”. And to give Doyle credit, this is what he claims he rails against in his book; Titania is a privileged, upper middle class white woman who wants to teach everyone to be more like her and more aware of all the injustices that go on around us. Titania’s lack of self-awareness is supposed to be what’s funny in this book; she claims she is a victim herself, simply because she is a woman. But my problem with the book is this; by satirizing women like Titania, and giving her these extreme views, it serves to erase all the people with similar, but more moderate and reasonable views. For instance, ‘she’ says outrageous things like:

“I had been breastfed for the first six months of my life. Did my mother not realize that I was a vegan? Did she even care? Either way, this was abuse” (p. 6).

I’ll admit this sentence is funny, I laughed when I read it, but I hate how the satirizing of one group of people serves to undermine their efforts. It feels like Doyle’s pointing to Titania’s privilege as a reason why she shouldn’t speak to the injustices of others,

Am I not allowed to consider myself a feminist because I’m middle class and white? I don’t identify as a victim, in fact I’m often referring to my privilege to others on a regular basis (especially during a pandemic, never have I been more grateful for my house and backyard!). But when I declare myself a feminist, it seems to come along with this unspoken sense of victim-hood or man-hating sentiment, which I wholeheartedly disagree with. I don’t understand Doyle’s belief that it’s wrong to use someone’s privilege or platform to help raise awareness of issues for marginalized people. Titania isn’t an embodiment of social justice warriors that I care to align myself with, but I refuse to criticize people who speak up for those in need. Drawing attention to problems in the world is the only way we can move forward as a society, so I agree with Titania’s intentions, but not her actions.

Despite this misgivings, there are things I appreciate about this book, mainly, its attempt at injecting humour into these divisive issues. I strongly believe in the ability to laugh at oneself; there’s nothing worse than people who take themselves too seriously, and in an indirect way, I think this is what Doyle is trying to get at. The very fact that at first I was unsure whether this book was a satire just goes to show how overblown the discourse around social justice has become. We need to find common ground with those we disagree with if things are ever going to improve, and actively seeking out books that challenge your existing opinions is an efficient and non-confrontational way of doing this. The ability to have a laugh in the process never hurts.