Book Review: What Could be Saved by Liese O’Halloran Schwarz 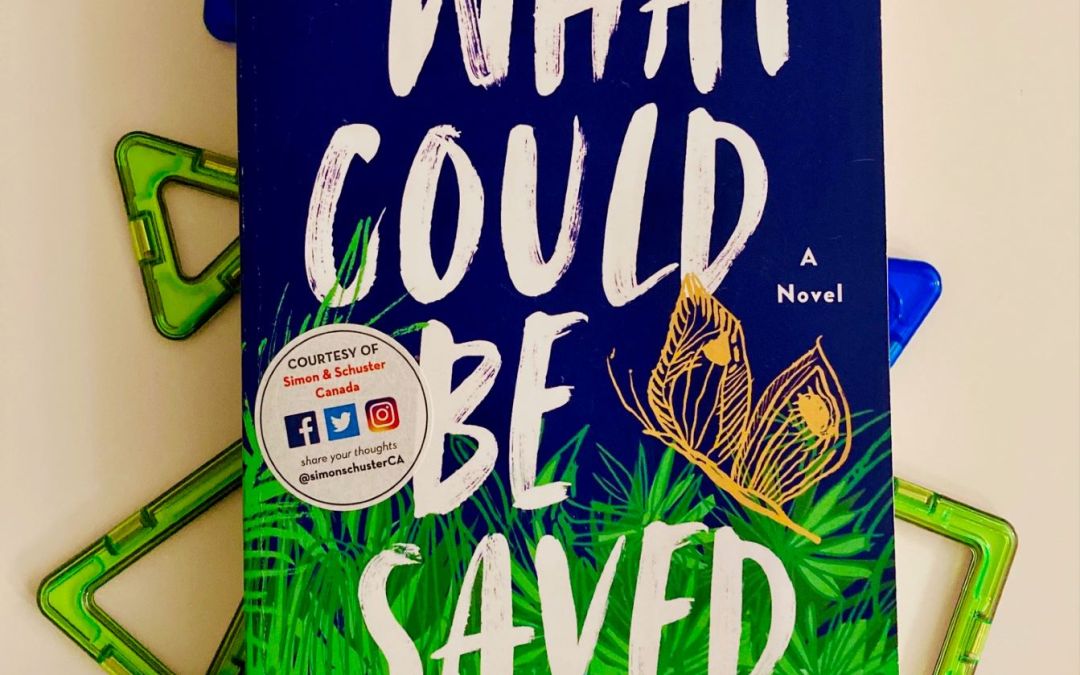 Although it sounds cliché, I can’t think of better way to describe this book other than ’emotional rollercoaster’. Perfect for book clubs, or a reader who’s ready for some family drama, What Could be Saved by Liese O’Halloran Schwarz is a fairly length story all about the secrets we keep from one another. It’s literary fiction but incredibly suspenseful too, blending dramatic moments with colourful flashbacks of childhood for the three children of the Preston family. The dangers of the outside world are both a threat and point of pride for these characters, and the different paths they each take are a timely reminder that there are many fulfilling ways to live a life.

It’s 1972 in Bangkok and the wealthy American Preston family lives behind tall gates with a group of servants that keep their home and life running smoothly. Genevieve is obsessed with order, and ensures her husband Robert and three children Bea, Philip and Laura are the living embodiment of grace and politeness. But this veneer of perfection shatters when Philip disappears, and does not come back. Now it’s 2019 in Washington D.C., and Laura and Bea are grown women, sharing the responsibility of their mother who now suffers from Dementia, their father long dead. After years of false leads, a man contacts Laura claiming to be Philip, and she flies across the world to verify his identity and bring him home. Switching back and forth between 1972 and 2019, we slowly learn about the truths that each family is hiding from one another, and the chain of unexpected events that led to Philip’s disappearance decades ago.

Reading books about young children disappearing is hard; I think any adult, regardless of whether they are a parent feel this way, but when I became a parent myself, I found this particular storyline almost unbearable to read. Knowing this was a major plot point at the outset, I dreaded picking up this book, but the Bangkok scenes leading up to Philip’s disappearance were so incredibly captivating that I almost forgot about the horrific situation about to unfold.

When we meet Genevieve in 2019 she is an elegant but drifting woman, happy to engage in conversation and maintaining impeccable manners, but unable to connect the dots of the past and present. When we meet her in 1972 she is a force to be reckoned with, beautiful, demanding, and somewhat oblivious to the affect she has on her kids. Although she isn’t depicted as a very loving person she was my favourite character because her depths seemed to go on forever, always surprising me with her actions and inner thoughts. Some characters in this book remain unknowable while others are thoroughly excavated and never left the spotlight of my attention, but this balance worked well to keep the page count down.

Loss is another big theme that’s frequently mentioned, described, worked around, then finally faced head-on. There are so many beautiful quotes about loss and its affect on families, but within the last few pages of the book, this was my favourite:

“She’d been living so long with an illusion, that they’d been whole and happy once, a perfect family shattered by tragedy. All her life mourning that loss. When instead they had been more like bits in a kaleidoscope, falling randomly to make small areas of beauty, falling apart again with the next twist, into a new disorder and a new beauty.” (p. 437 of ARC).

I’m guessing that families who have experienced loss, especially adults who have experienced it as children no doubt see their lives this way – perfect one minute, than exploded the next. But whose childhood was ever perfect? The lens in which we view our childhood is controlled by our adulthood, and these characters were able to point to the disappearance of their brother as a way to justify all the other hurt in their lives, whether it be before or after the mystery around Philip.

Even though there is an element of suspense by simply withholding information from the reader about why Philip disappeared, it didn’t feel like a cheap tactic because the fact of Philip’s disappearance wasn’t what everything else hinged on (despite what the characters themselves believed). It is an element of the story, but not the only thing that drives the reading forward – the characters themselves will engross you enough to keep the pages turning.