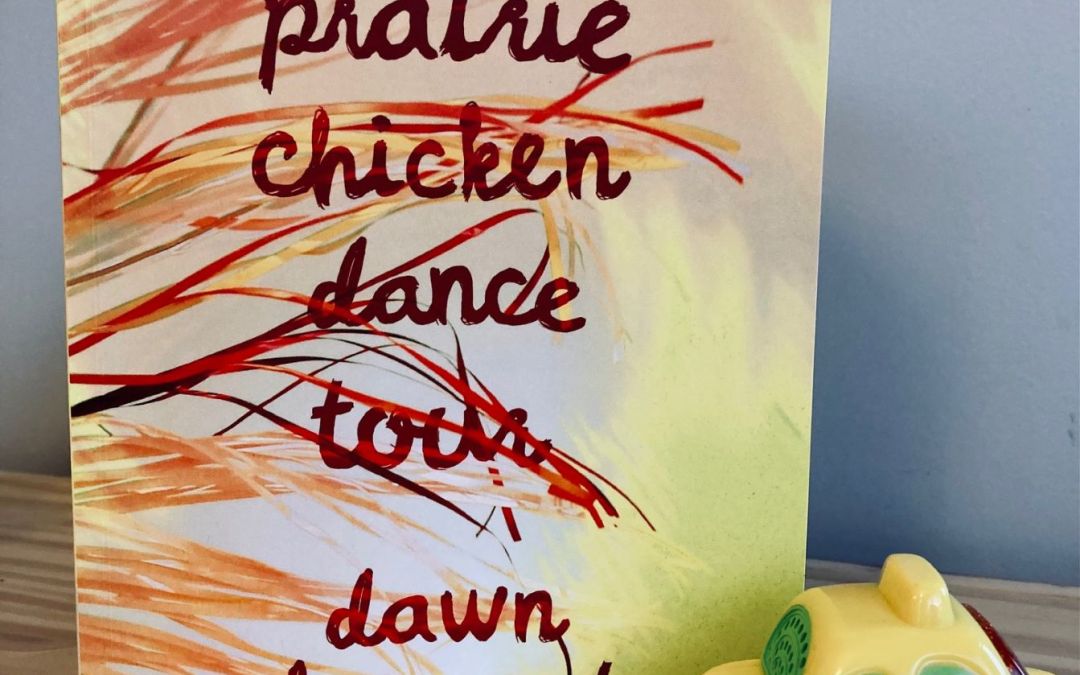 I’m no dancer, but I FEEL like doing a little jig of excitement when I see Indigenous author Dawn Dumont has a new book coming. She is without a doubt one of my favourite writers, and in my humble opinion, one of the best Canadian writers working today. If you have never read one of her books (there are 4 in total now) you must rectify that immediately, and I’d recommend you start with this one. The Prairie Chicken Dance Tour is a romp of a novel that sees a small, unlikely group of Indigenous people from Saskatchewan travel across Europe for 15 days, experiencing adventures big and small as they navigate a tour originally meant for other people. Prepare for regular, out-loud laughter in this one!

John is a quiet man of the land, feeling much older than his 30-year-old age should, but when his brother asks him to go on a last-minute trip to Europe and resurrect his traditional dancing skills, he begrudgingly agrees. Joining John is Edna, a ferverent Catholic woman who struggles with arthritis but still able to manage a bit of dancing, as well as her niece Desiree, a 19-year-old beauty who flirts with just about anything and commands lots of attention in return. Lucas Pretends Eagle is an experienced dancer coming from the U.S. adding a bit of star power to this group. Nadine is the tour organizer, but when her and the scheduled dancers come down with a horrific bout of food poisoning right before their flights, the aforementioned folks are hastily assembled in their absence so the opportunity to showcase Indigenous culture is not gone to waste. Previously unaware of this last-minute contingency plan, when Nadine discovers what’s been done she fights through her frequent bouts of stomach upset and hauls herself onto another plane to catch up with this odd group, desperate to ensure this tour she’s worked so hard to organize is executed properly. Throw in a plane hijacking, a sleepover in a haunted castle, more than one bout of jailtime, and an international FBI operative and you’ve got yourself one heck of an adventure in these pages.

Grouping together a bunch of characters with conflicting goals, perspectives, and lifestyles is a recipe for disaster, but pushing these people together into a place that expects them to look, act and talk the same way simply because they are “Indians” is a surefire pathway to laughter. Fully aware of each and every stereotype, and eager to either play into it or break through it (depending on the situation), each character wields a power that is both refreshing and inspiring. None of them have been to Europe before, and as they come to learn about the different cultural expectations of each country, the reader is treated to the varying perspectives on North American Indigenous culture abroad, which is sometimes puzzling, but often entertaining.

I’ve been lucky enough to hear many Indigenous people speak about their various cultures and stereotypes, why they are more than just keepers of the land, and how humour plays a key role in helping them move past the atrocities of residential schools and systemic racism they have experienced in Canada. Dumont does not avoid the difficult subjects in this book – John is a survivor of residential school and often has flashbacks of abuse and neglect, but this book is about moving forward, and laughter is the driver behind that hope for a better future.

Edna’s devout Catholicism raises a fascinating, and not-often talked about consequence of residential school, and that’s the fact that many Indigenous people are now practicing Christians, and Edna’s experience of residential school seemed to be mostly positive (although she does admit she witnesses overt abuse and neglect). At one point, she gets in a fight with some other Indigenous people while in Sweden who are trying to burn a bible as they recount all the horrific treatment they experienced, and Edna staunchly defends Christianity and all the good it has brought into her life. From what I can tell, Edna’s viewpoint is not common, most people, white people included, recognize the harm that residential schools have done, but I appreciate Dumont’s efforts to weave these differences into her characters, addressing these small pockets of beliefs, however divisive they may seem.

Dumont isn’t just a funny writer, she creates nuanced characters that both entertain and inspire us. Her plots may veer into the absurd at times, but it’s all part of the enjoyable ride she takes us on in this latest treat of a novel. I can’t recommend this book enough!