Book Review: You Can’t Catch Me by Catherine McKenzie 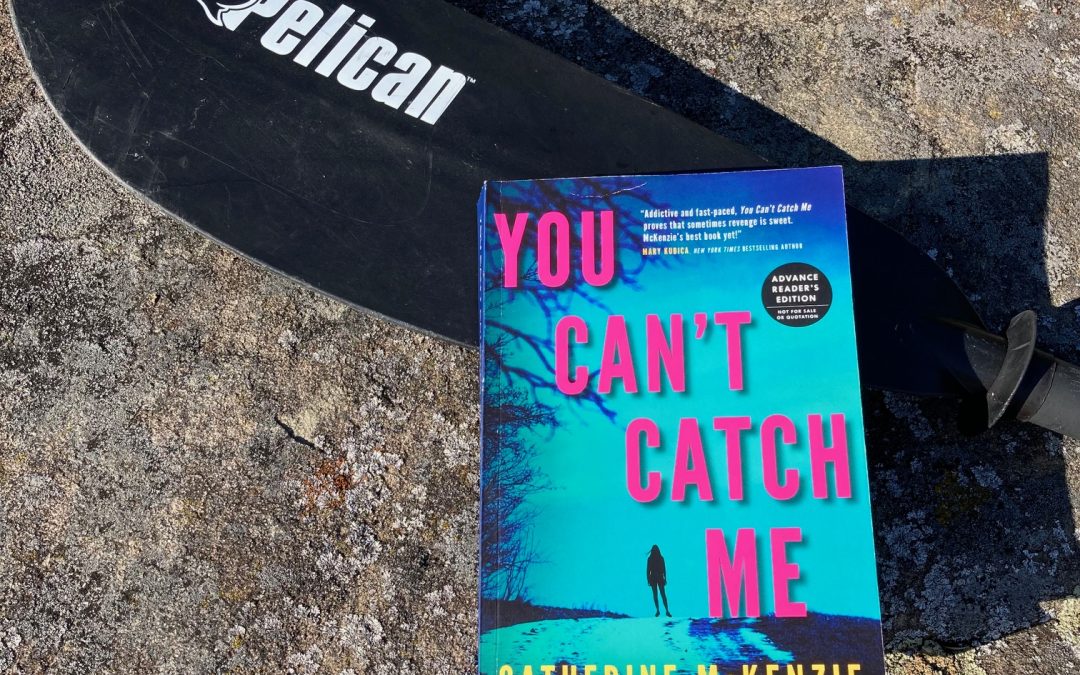 I love a good tale of revenge; there’s something deliciously sweet about people getting what’s coming to them. A few weeks ago my family was on a road trip, and we were waiting in our car in line for a ferry. Beside us, another car tried to zip past the line cut-off to make it on to the departing ship. None the wiser to these little moves, a ferry employee stepped in front of the car, pointed his little plastic cone at him and sassed this car publicly. It was hot out, and everyone’s windows were down, so this admonishment was done in front of a crowd. I rejoiced inside, because someone trying to break the rules irritates me, and this man in the driver seat got what was coming to him. So not exactly revenge, but karma, at the very least. You Can’t Catch Me by Catherine McKenzie follows a few women as they try to even the score. But the only person who is consistently being duped is the reader.

Our narrator and protagonist is Jessica #1. She is escaping some bad publicity after she plagiarized an article, and runs into a a woman with her exact same first name, last name, and birth date in the airport. After bonding over the strange coincidence, they exchange contact information by tapping their phones together, and Jessica #1 goes on her way to Mexico. When she returns, she discovers Jessica #2 has stolen her identity to drain her bank accounts. Not finding much help from the police, Jessica #1 decides to go after the thief herself, along with the help of an old friend and private detective Liam. Together, they discover that Jessica #2 has scammed a few different Jessica’s with the same information, so Jessica #1 gathers these women together in an effort to take down Jessica #2 for good. This may sound like a straightforward plot, but it’s anything but. Jessica #1 grew up in a cult, and Liam helped her, and others escape from this cult. Then they become lovers. So between the weird cult de-programming that takes place in Jessica’s earlier life, plus the cancel culture she’s now experiencing, all on top of her life savings being taken away, things are seriously complicated, and about to get much worse as more Jessicas are added into the story.

Last summer, also while on vacation I read two of McKenzie’s last books. I had much the same reaction to this one-I really enjoyed it! McKenzie is writing within an over saturated market right now, it seems every bookstore and must-read list has a couple domestic thrillers featuring female leads, and you all know about my irritation with an unreliable narrator (who is usually female). But McKenzie is creative, she doesn’t use cheap twists, and even though she will occasionally make use of the ‘fateful day’ references to past events slowly revealed, it’s not the only way she generates suspense. I kept thinking ahead and making assumptions about the ending, but I was consistently wrong, and I loved the surprise when my predictions fell flat. Is there anything worse than guessing the ending of a book correctly? I hate it, and i know other mystery/thriller lovers do as well.

The multitude of Jessicas may sound confusing, but the characterization is top-notch in this book. Jessica #1 is introduced to the readers in an incredibly negative light; she’s openly admitted to plagiarizing someone else’s work for no good reason other than the desire to ‘get ahead’, even though she had plenty of money to begin with. Facing minor celebrity status for her terrible deed, she decides a vacation to Mexico will help her ride out the bad press, but as we quickly learn, this is when things get much worse for her. Each successive Jessica is completely different, one is even a military veteran and missing an arm, so it’s easy to distinguish them from each other. Liam is another character that fascinated me; why does he continue to ‘save’ people from these cults, and why does helping Jessica #1 exact revenge on Jessica #2 not break his strict moral code? Everyone’s motives are suspect here, especially because money is used as a scapegoat for just about every bad decision in this book. McKenzie hints at the darker undercurrents of intentions, but many prove to be red herrings that I mistakenly fell for.

My one complaint about this book is the fact that the narration flips between the present and past within paragraphs and chapters. There are lots of short sections which signal a time change, but it’s not consistently written like that, so many section breaks simply signal a pause or change in topic, not a change in time. Although this didn’t take away my enjoyment of the text, I did find the shift abrupt, which interrupted my reading flow. Perhaps McKenzie did this on purpose to illuminate a different aspect of Jessica #1’s personality, but I didn’t find it especially helpful. Regardless of my nitpicking, I raced through You Can’t Catch Me, and it’s the prefect book to help you squeeze out those last few days of summer.