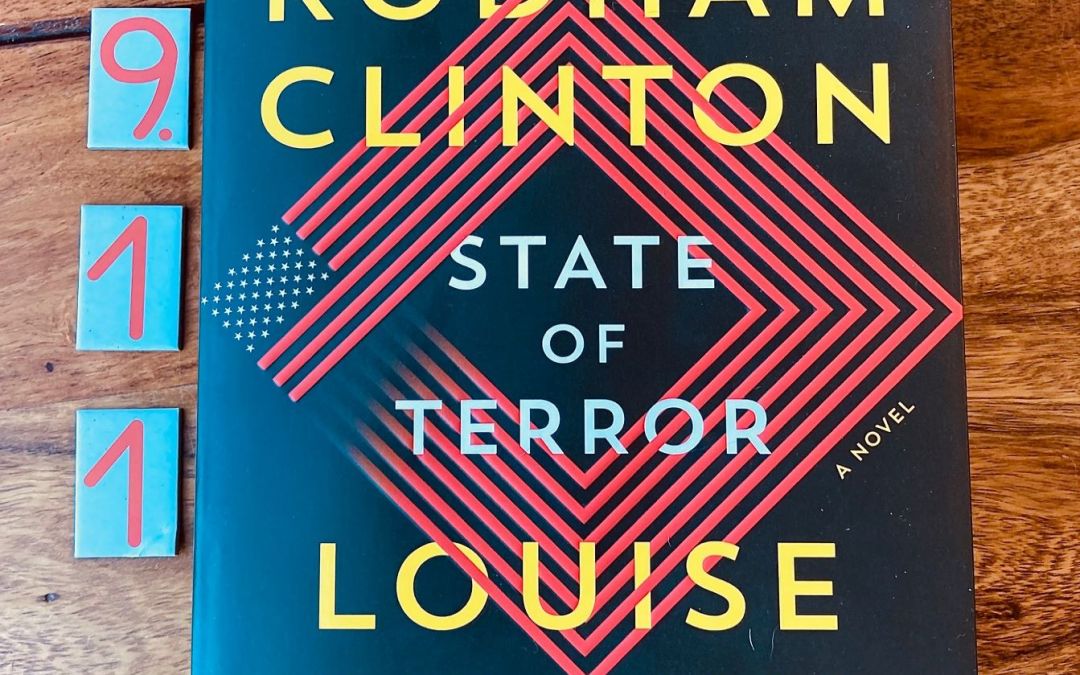 Louise Penny is a well-known Canadian treasure; most adore her Chief Inspector Armand Gamache novels, and although I haven’t read many myself, I intend to when I have the time (i.e. when my kids are grown and out of the house). Until then, I’ll dive into her one-off novels, and how could I not read this one, when she’s teamed up with such an impressive woman? State of Terror by Hillary Clinton and Louise Penny is not what I expected based on what I know of Louise Penny’s regular series. This is a political thriller, full of spies, terrorism, and the ever-present threat of nuclear warfare. It’s not usually my cup of tea, but it has been on the bestseller list ever since it came out, and I wanted to get a glimpse into the high-powered world of American politics, which Mrs. Clinton has lots of experience in. It was a tad too long for my liking, but overall, a page-turner that whisked me away to world of high stakes and private jet – essentially a great work of escapism.

Ellen Adams is the new secretary of state for the latest U.S. administration, a group of people elected to take over from the disaster that was the previous president, Eric Dunn ( a thinly veiled reference to Donald Trump). Ellen is smart, capable, and fully aware that she is being set up to fail – the current President is an old foe of hers, Douglas Williams, who she publicly shamed with her media empire that she was previously in charge of before entering the political sphere. Williams’s appointment of an enemy certainly raised some eyebrows, but they are quickly forced to put aside their old grudges and act as one when a bomb explodes in the middle of a busy intersection in London, England during rush hour. As more bombs continue to go off in major cities, they know it’s only time until one goes off in the U.S.. They also learn that an infamous terrorist was released from his house arrest and begin to suspect he may be behind these threats and consequent attacks. Forced to fly across the world multiple times, literally jumping between countries and world leaders’ offices, Adams is determined to stop the senseless loss of lives, but once it becomes clear that are moles within the current U.S. government, she realizes she doesn’t know who she can trust.

One can’t help but draw comparisons between Ellen Adams and Hilary Clinton. One of the main differences? Ellen Adam’s husband is dead, and can you really blame Clinton for killing him off before the book even started? (LOL) Adams is not only intelligent, but a bit sneaky too, and she doesn’t kowtow to the domineering men who make up the majority of the remaining characters. Still, Adams has a best friend and counsellor Betsy who is also underestimated, but very clever, and together these two women crack the case that the bumbling yet powerful men around them can’t seem to get a handle on. There are lots of twists to keep the (numerous) pages turning, there were even a few characters who ping-ponged between the ‘good’ and ‘bad’ side in my mind as I read – it’s not until the very end that you can be sure who the baddies are.

The antagonizer in this book is a mixture of both International characters and Americans; it is most certainly NOT an ‘us vs them’. Instead, this novel includes an in-depth examination of patriotism-gone-wrong. It explores the trends that led to the election of a President like Trump/Dunn, and the fractures that particular period left in its wake:

“There are those who hate America’s diversity and the changes its brought. They see it as a threat, to their livelihoods, to their way of life. They think of themselves, see themselves, as patriots…they’re the visible symptom. The disease is deeper. Those with power and wealth, who want to protect what they have. And who want more”.

The scariest part of this book is the continual unearthing of grave mistakes made by the previous administration, especially in the foreign relations sphere. The animosity or alliances between certain countries, and the power or nuclear weapons each may hold is such a complicated world that so few know anything about – it makes one wonder what colossal blunders we will never know about until they are too late.

This is the kind of book where the characters are racing from one emergency to another, one wonders when they sleep, or eat, or go to the bathroom. There are no moments to sit and ponder strategy over a cup of tea – instead Ellen Adams is getting all her shut eye when crossing oceans in her private jet. This fast pace is what makes the page count bearable, but I still wish there were about 100 less pages, it would have made a good story even better.