Book Review: Reminders of Him by Colleen Hoover 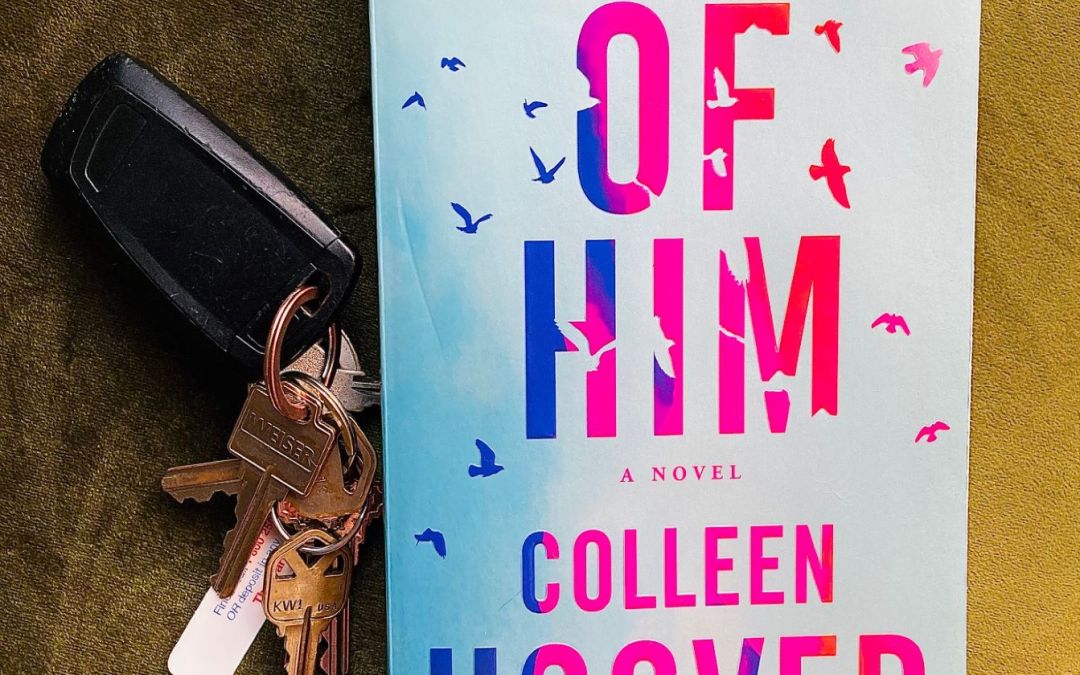 I pay for an online subscription to Canada’s major newspaper, The Globe and Mail, mainly to access their book review section. Occasionally I’ll glance at their bestseller lists just so I can get a sense of what most folks are reading, and like many Canadians and Americans, I tend to see Colleen Hoover‘s name pop up quite a bit on these lists – the one I’m currently looking at has four out of ten books by her! It’s for this reason, and this reason only that I requested Reminders of Him, because like my recent jump into reading Jennifer Weiner, I wanted to see why this author continues to sell so many books. I assumed it would be a mystery or thriller based on the cover, but it turned out to be more of a complicated and serious romance novel, which explains why her books are so popular – women are by far the bigger buyers in the book market, which is why Harlequin is so lucrative. I wasn’t disappointed either, because everyone can use a little (non-cheesy) romance in their life.

Kenna Rowan was sent to prison for five years for manslaughter as she crashed a car while driving drunk and her passenger and boyfriend Scotty died. She gives birth in prison to a baby girl Diem, who is immediately adopted by Scotty’s loving and heartbroken parents. Because of the length of her sentence, she loses all rights to her child, but now that she’s released from prison she’s hoping to meet her. Kenna travels back to the town she came from to find Diem and beg Scotty’s parents for forgiveness. She is completely broke and intent on seeing Diem but runs into this kind and handsome bar owner, Ledger, first. Their attraction is mutual, but then they discover each other’s backgrounds: Ledger was Scotty’s best friend, lives across the street from Diem, and has been like a close uncle to her. He never met Kenna back then, but has hated her for killing his friend. They try to avoid each other, but can’t help but fall in love despite knowing how upset Scotty’s parents would be (who understandably, also hate Kenna). Ledger is a retired football player so he is financially able to assist Kenna get back on her feet, then he asks her to leave town to avoid upsetting anyone else, but eventually he realizes he doesn’t really want her to go.

Reading the plot summary above doesn’t really do this book justice because it unfairly simplifies a complicated book. It may seem obvious that Kenna and Ledge are destined for each other, but when you get into the actual novel, their trajectory is much less clear. Although this is the first Hoover book I’ve read, she is no doubt popular because of the rich characters she designs and brings to life. Kenna’s actions make her an easy character to hate, but distributed throughout the book are letters she’s written to Scotty since his death, pouring her heart out to him, giving the reader a glimpse of her conflicted inner life and overwhelming desire to see her daughter since giving birth. The incorporation of these letters is a brilliant tactic, simultaneously appealing to the readers’ sense of empathy but still retaining a realistic dialogue between Kenna, Ledger, and Diem’s parents.

The romantic storyline ultimately takes a back seat to the bigger theme of morality and forgiveness. How do you forgive the person that killed your child? And how does Kenna reconcile the fact that the current guardians of her child don’t want Kenna in their lives? She’s angry at being separated from her only child, while Scotty’s parents are permanently separated from theirs, and Kenna’s realization of this is what continues to build the readers’ judgements of her. She comes from a difficult childhood of her own, and has lived in poverty for the majority of her life so building her life back up from being incarcerated isn’t easy. She is keenly aware of the imbalance in society, musing on this in one of her letters:

“…life is a cruel, cruel thing, the way it picks and chooses who to bully. We’re given these shitty circumstances and told by society that we, too, can live the American dream. But what they don’t tell us is that dreams almost never come true.”

-p. 116 of Reminders of Him by Colleen Hoover

Kenna’s dream isn’t to find a man and fall in love (like many other romances). She did find the perfect man, Scotty, and then accidentally killed him. Her dream is to be reunited with her child, something many of us take for granted. What this book truly explores is whether or not certain people are allowed to live out their dreams, and whether or not a truly awful mistake is worth a lifetime of punishment.

Will I seek out other Hoover novels? I can’t say I’ll go out of my way, but I’ll no doubt enjoy her future novels should I come across them; she’s a bestselling writer for good reason.