Book Review: Calgary Through the Eyes of Writers by Shaun Hunter 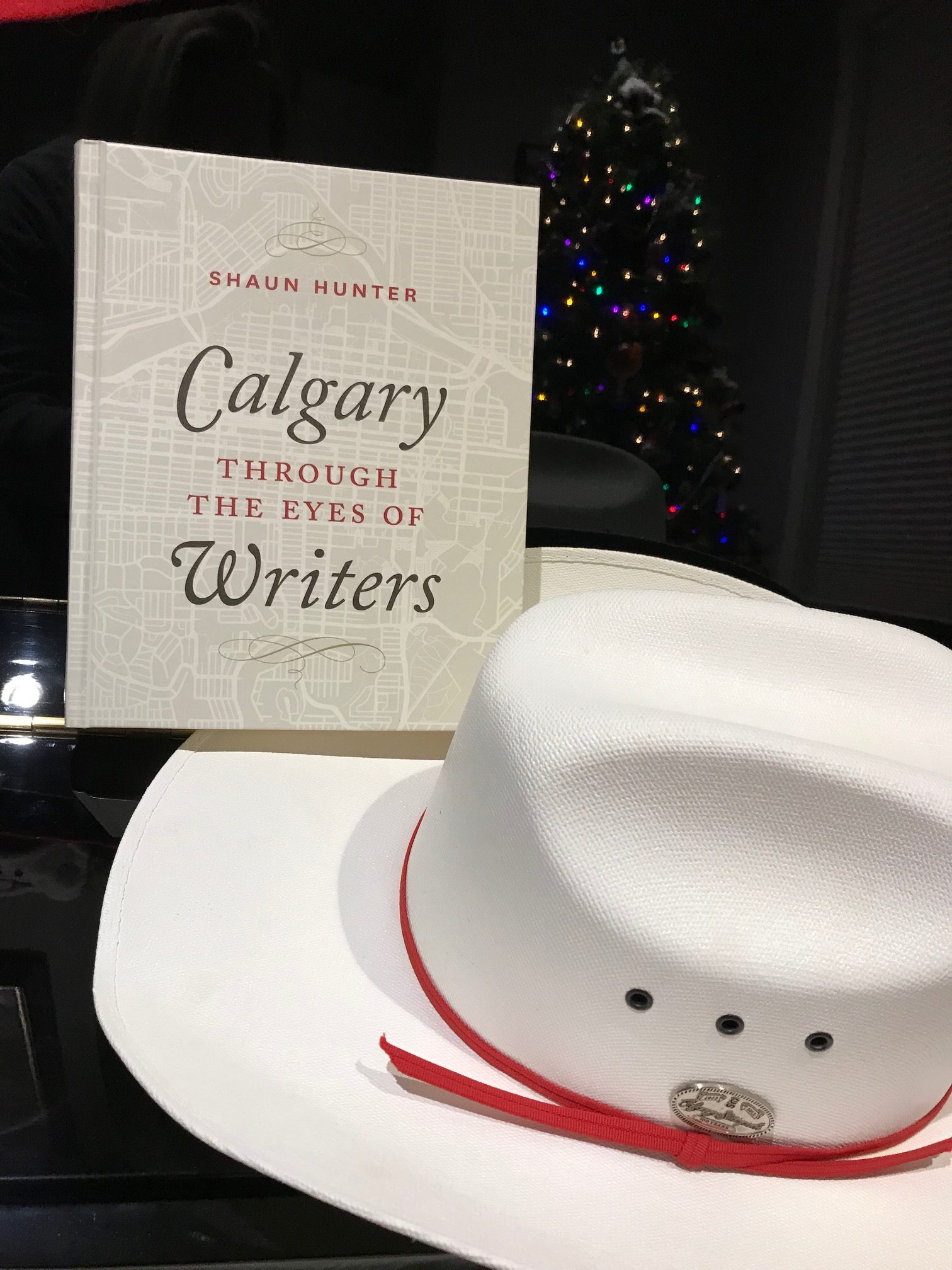 Calgary Through the Eyes of Writers by Shaun Hunter isn’t a book I’d typically read; it’s an anthology of writing about Calgary, so it’s not meant to be read all the way through, which is pretty much the ONLY WAY I read books. But, I did just that, read it all the way through, and for that reason, I think I enjoyed this book even more than I originally hoped for. The pieces are arranged by time; starting with a story that take place as early at 1792, and ending with writing about Calgary’s 2013 flood. So by reading this book start to finish over a few days, I was left with a clear picture of Calgary’s evolution: truly a wonderful way to view the city. Full disclosure: I want to let you know that Shaun Hunter is a friend of mine, although I wouldn’t be reviewing this book if I didn’t genuinely like it. And with the holidays just around the corner, I’d recommend this as a nice gift for your fellow Calgarian or history buff; it’s a beautiful coffee table book that (normal) readers will want to dip in and out of, depending on their mood.

Not surprisingly the earlier writing about Calgary is spotty, with decades in between perspectives. But as we move into the early 20th century, stories about Calgary begin to crop up regularly, painting a picture with many different brushes; people who have come to the city with nothing, people who have built up successful businesses and are enjoying their riches, people who pass through the city and simply hate it; Hunter includes a multitude of opinions, creating a well-rounded collection that offers a fair and balanced view of this city of contradictions. Fiction and non-fiction sit well beside each other, and at the end of each piece a brief biography is included of the writer as well as some brief context for the section of writing that was chosen. This effectively situates the reader, smoothing the way to the next writer, eliminating a sense of disruption that’s a common hazard in anthologies. Hunter also draws parallels between works in these end sections, referring to other parts of the book and offering additional authors that have written on similar topics or events. Clearly a wealth of research has gone into this literary anthology which any bookworm can appreciate, no matter your reading preference. But for those who live here, there’s a certain feeling of coziness that comes along with reading a story set among local landmarks- a sense of relevance and familiarity is imbued between the lines of every single piece in this book.

As someone who moved to Calgary only ten years ago, I’m still on the verge of considering this place ‘home’, but I’ve been lucky enough to be welcomed by the people of this city since the first day I arrived. My first few months here, I was greeted with offers of friendship and future hang-outs, everyone seemingly overjoyed to welcome a new citizen to the mix. That’s one of the main reasons I love this city, it proves time and time again that Western Hospitality is a real thing, which is why I settled in so easily to my life in the West. Although a cliche, I’ve always thought of Calgary as a city of opportunity, its ‘newness’ a boon to those looking to build a reputation from scratch, and this sentiment is widely evident in Calgary Through the Eyes of Writers. While Canada seems so polarized over politics and the general reputation of Alberta as a whole, this book is a much-needed reminder of everything we have in common, bringing people together, literally onto the same page. Rather than dividing us based on opinion, the history of this once-small and rugged town places everyone on the same plain (pun intended), forcing us all to reckon with the highs and lows of living in the ‘wild west’.

Writers such as Aritha van Herk, Marina Endicott, Nancy Jo Cullen, Jackie Flanagan, John Ballem, W.O. Mitchell, Michael Davie, Taylor Lambert, and countless others are all names that were familiar to me before I read this book, but reading their Calgary-specific pieces was such a distinct pleasure, as it filled in the gaps of my local bookish knowledge. In fact, some of the most recent works referenced a time that I was already in Calgary and working at Wordfest (which gets mentioned a few times itself) so I felt a sense of ‘being in the know’ by the time I was done reading it. Inclusive probably isn’t a word that’s used to describe this part of Canada very often, but it’s the first adjective that comes to mind when I want to describe the literary landscape of Calgary, and this anthology really drives home the point that our city is different things to different people, and yet there are so many touch points that we all relate to. The ugliness of the Calgary Tower, the sweet and invigorating relief of a Chinook wind, the stunning beauty of mountain views available in various parts of the city; these shared experiences mentioned in this anthology all come together to create a Calgary that we can be proud of, a welcome balm to the unfortunate return of western alienation. This book should be required reading for all Albertans because it highlights how far we’ve come, and all we can accomplish when we work together.