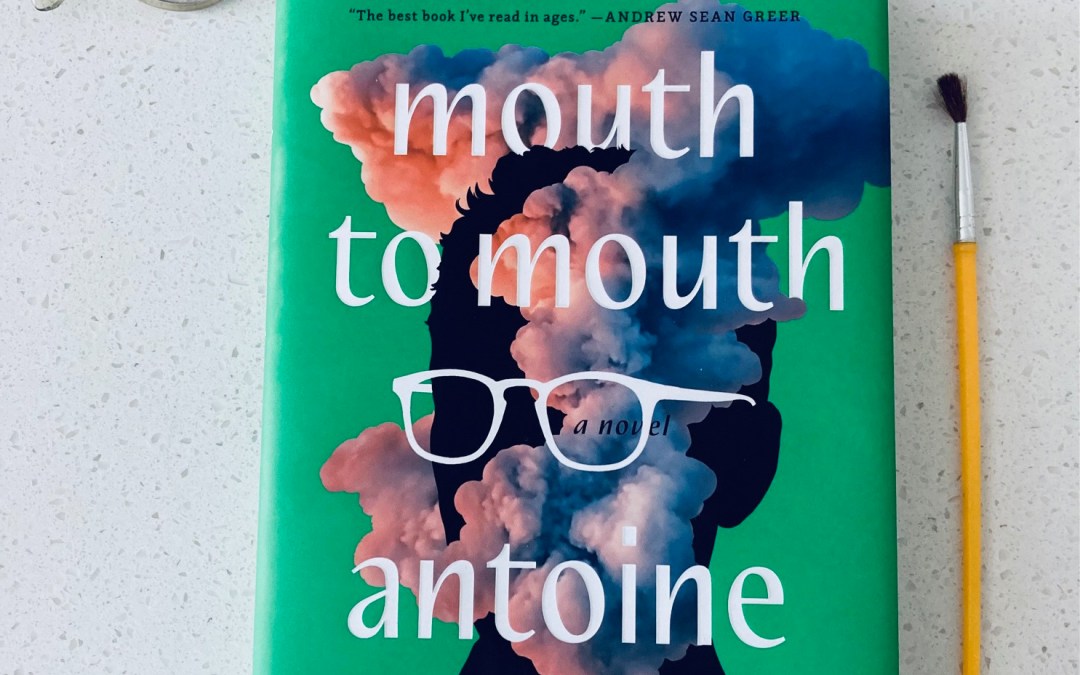 I came across Mouth to Mouth by Antoine Wilson in a publisher’s catalogue, and requested it for some unknown reason (likely, on a whim). It sat on my shelf until it was longlisted for the Scotiabank Giller Prize, which prompted me to a) remember I even had a copy of it and b) make a mental note to get to it faster, because surely it must be worth reading if it had been longlisted. It was never shortlisted, so I forgot about it again, but as I near the end of my calendar year I’m picking up books that I kept meaning to get to, and never did. I’m happy to say that this novel lived up to the its longlisting draw – it started off slow, but it slowly picked up momentum and suspense until I was shocked and pleased by the ending.

Our unnamed narrator is a vehicle for the fascinating story of Jeff Cook, an old acquaintance he meets in the airport while waiting for a flight. To pass the time they get to talking, and Jeff quickly commandeers the conversation, telling a story of a pivotal moment in his life decades before. He saves the life of a man, almost by accident, then becomes obsessed with finding out more about the person he rescued. He discovers this man is a wealthy, famous art collector named Francis Arsenault, and much to his own surprise, Jeff becomes curious about Francis’s life, and begins to follow him around to learn more about the man he saved. Our narrator only appears briefly at the beginning of each chapter to remind us where they are, and give small clues about Jeff; he is clearly well-off, as he’s invited our narrator to the First Class Lounge with him, and his tidy appearance and stylish glasses look expensive. We occasionally hear an internal thought or judgement from the narrator about Jeff, his suspicions begins to grow about why he’s being told all this (and really, won’t this guy ever shut up?), which introduces an element of dramatic tension and adds to the growing intensity of the book’s atmosphere, culminating in an abrupt but satisfying ending.

I’ll admit this one started off slow. I became frustrated by Jeff’s ramblings, and I wanted to know more about our narrator. But once I realized the narrator is irrelevant and the whole point of the story is Jeff’s weird experience, I settled into the story. The plot picks up pace as Jeff insinuates himself into Francis’s life, and the more dramatic Francis’s life reveals itself to be, the faster everything moves, us hearing less and less from the narrator, everything eventually overtaken by Jeff’s story.

Judgement is a recurring theme here; Jeff judges himself because he only rescues Francis out of duty. He considers walking away and pretending he saw nothing amiss, but he reluctantly saves him, often returning to this almost indifferent attitude to another person’s life. But as Jeff gets to know Francis, he judges him for his unkind actions, and the reader is also placed into a position of judgement as it’s obvious Francis isn’t a good person. How does it feel to discover you saved the life of a person that makes other people miserable? The narrator is clearly judging Jeff as well – as I mentioned above, Jeff clearly doesn’t care about the narrator or his thoughts, he just wants to tell this story, even other people in the airport lounge remark on how annoying Jeff must be as he’s flapping his gums with no end in sight. These subtle observations about each character (everyone but the narrator) brilliantly uncovers the life of the internal; all the critical elements of this story happen beneath the surface.

The writing itself is clear and direct with short chapters more suited to a commercially-driven thriller novel. The book is also wonderfully short: only 178 pages. The twists are spaced out and believable, meant to move the story along rather that shock. The end papers are a beautifully coloured pattern of clouds, but the vibrant green cover almost misrepresents what’s in between the covers – it’s a dark look at what drives us, and how we weigh our own moral decisions and dilemmas. This is a fantastic read that deserves all its praise and more.