Book Review: The Taste of Hunger by Barbara Joan Scott 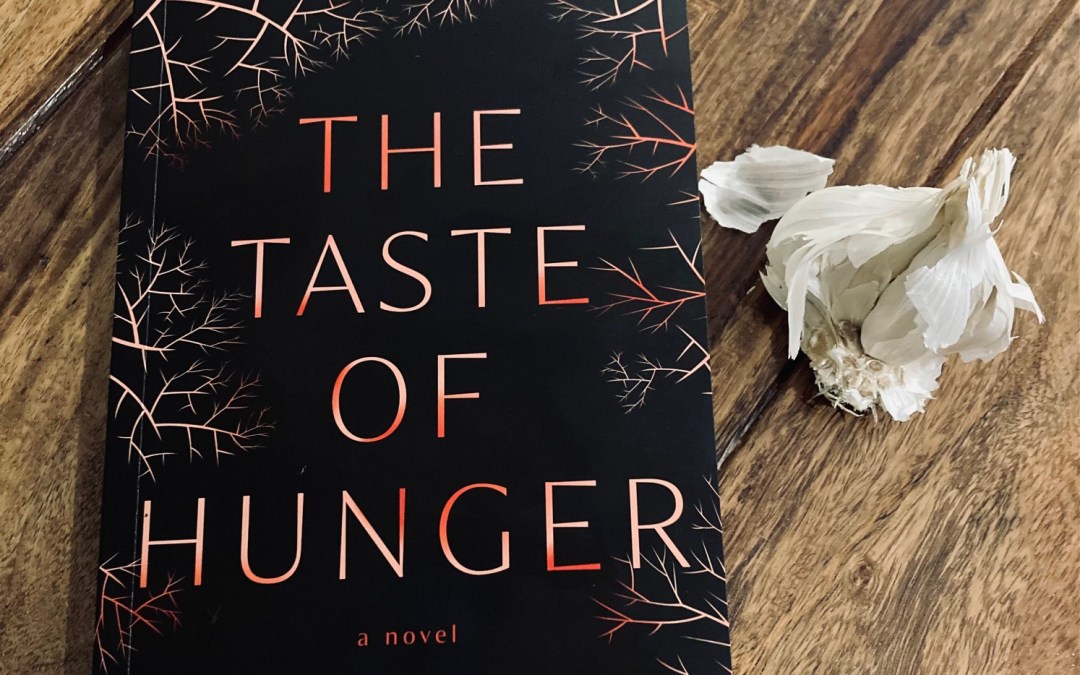 I was at a book event a few weeks ago chatting with my bookish friends (usually a mix of publishers, authors and librarians, the best kind of people) when I was introduced to a local author. She pitched her new book to me, which I just had happened to have on my shelf anyway, (one of the perks of being a reviewer!), and she so successfully piqued my interest that I chose to read it soon after. The Taste of Hunger by Calgary author Barbara Joan Scott weaves elements of a few different genres together very well; literary, mystery, historical, even suspense! I’m so grateful I was in the right place at the right time, because this book likely would have languished on my shelf like many others currently are, in fact I just counted 135 books that are awaiting a read and review from hopeful publishers. But! Sometimes fate intervenes to put the right book in the right hands at the right time.

It’s the 1920s on the Canadian Prairies, 15-year-old Olena is forced into marriage with a man twice her age, Taras. Both are Ukrainian immigrants, hard-working people who develop the parcel of land they live on, creating a homestead that bears their two daughters, June and May. Olena resents her life, wishing she could go to school and move to a city to work, but accepts that opportunities are limited for women like her, and reluctantly builds a life with Taras anyway. Taras is somewhat of a womanizer, shocked that Olena doesn’t fall for him the way most women do, so he often strays from their marriage when he’s in town on one of his buying trips. May and June recognize their parents don’t treat each other the same way other kids parents do, but because they struggle to fit in with other kids, taunted for their accents and poverty, they generally ignore the discontent in their modest home, focused on other things. Both Olena and Taras’s selfish behavior are pushed to the forefront when their actions trigger a shocking mystery that the narrative circles around, until the true reasons behind their shared tragedy are eventually revealed.

When I spoke to Scott at that event, she mentioned a Baba Yaga-like character appeared in her book, which immediately appealed to me. Baba Yaga is a type of witch that appears in Slavic folklore as a deformed old woman who brings terror and unhappiness to those she crosses. Olena’s aunt Varvara is constantly compared to Baba Yaga, mainly because of the wart on her face and knowledge of plants and natural cures. She never really performs outright magic, but there’s certainly an element of the supernatural surrounding her, which comes in and out of play throughout the story.

There are numerous occasions for tension in this book, many of them arising out of the difficult circumstances each character finds themselves in – none of the family members are truly happy with their life or situation. Varvara encourages the marriage to Taras because she understands the limitations females face at that time. Olena resents Taras, Taras is constantly pining after Olena’s love, June is ostracized by the kids at her school and wishes she could fit in with them, while May is embarrassed by June and longs to escape her parents’ rural ways and mindset. All of these situations are made worse by the fact that they live through the depression, and are seen as outsiders by the other Canadians. Despite these hardships, I wouldn’t say this is a depressing novel, in fact I found it admirable in the ways they all ‘got on with it’. They were deeply unhappy, but they certainly understood their roles and worked within them. This incredible work ethic and acceptance of responsibility is often referred to as “the good old days”, but instead of glorifying this generation, Scott lays bare how deeply unhappy many people truly were, struggling to simply make it one day to the next.

Although we meet each character at a different stage in their lives, I can comfortably call this is a coming-of-age novel. Each develops into their own as we meet them, and many continue to seek their true selves even after their story has been concluded in this book. I’ll think of Olena when I’m tired, stirring a pot of dinner on the stove after a long day of work, knowing there’s been many women before me who have done the same, and thankful for the modern day comforts she wasn’t able to enjoy but I now take for granted. I highly recommend this work of historical fiction, if only to remind you of why we are so lucky to be alive in 2022.