When I picked up this book from my shelf, I immediately noticed the seal on the front announcing it had won the “Beacon Award for Social Justice Literature”. Not exactly an exciting call to action, because who wants to read a book about social justice in the dead of summer? But I had promised to review it, so I reluctantly picked up Wake the Stone Man and started reading it. I finished it in just a few  days, and I still find myself thinking back to it and the characters even as I’m on to my next book. Needless to say, it had a profound affect on me. 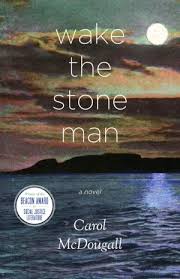 As the above paragraph suggests, the topic was not light: two young girls grow up together within tragic and unfortunate circumstances. One is a residential school and foster care survivor while the other loses her parents in a car accident at Christmas (that’s sort of a spoiler alert, my bad). Anyway, situations are dire, and both struggle in different ways. But there is light at the end of the tunnel: a common theme throughout is redemption through art, and the way it can clarify our emotions, rather than complicate them. This is an aspect to the narrative I really enjoyed, and found easy to relate to, as many book lovers would, I’m sure.

So despite the difficult subject matter, what made this book so likeable? It’s certainly not cliche, far from it I would argue. I found the juxtaposition between the problems of such different women very unique. Yes, the story is about the tragic echoes of the residential school experience, 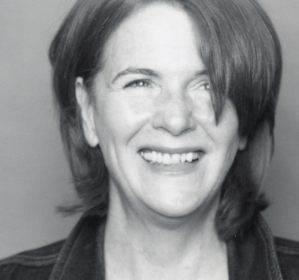 which many authors are beginning to explore more and more. But McDougall takes it one step further, forcing us to examine the impact of this abuse on not only the Aboriginal kids who were forced into it, but also on the kids on the outside, looking in. In the author note, McDougall explains that she was one of those kids, standing on the outside of those gates, looking in. She transfers this memory to the protagonist of the story, Molly. Doubtless, many people (people not that old, in their 40s and 50s most likely!) will have experienced something similar if they lived in these areas. Like a haunted house, outsiders were curious about these schools, but avoided speaking about them, because the truth was typically too scary to imagine. Now that the truth is out, many are horrified at what they lived next to all those years ago.

One area McDougall could have given a bit more thought to would be the dialogue in the book. Sometimes it didn’t ring true, in fact, it was jarring at some points. The slang used within some of the conversations and Molly’s inner dialogue seemed very out of character and could have used a bit more editing before being printed. That being said, I’m reviewing an advanced reading copy, so perhaps some of this was changed before it was published.

But a couple of misplaced curse words are no reason to pass up this book. I won’t say it’s an important book to read, because this typically scares people off. So I’ll just say it’s worth your time, and then some.